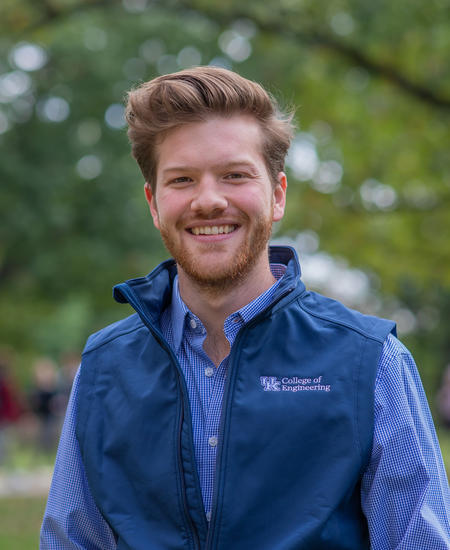 Patrick is a senior from St. Louis, Missouri. He is graduating in December 2018 with degrees in mathematics and electrical engineering. In addition to being an Engineering Student Ambassador, Patrick is heavily involved with UK Student Government Association (SGA) and was elected as a freshman senator during his first year. He served as the livesafe coordinator and as a senator for the College of Engineering as well. He is currently the SGA director of technology and is working to make the SGA digital footprint more accessible and secure. He is the mobile coordinator for DanceBlue, maintaining their iOS application and implementing new features. Patrick taught himself iOS development and, in 2016, cofounded a tech company, Scene LLC. He has since moved on to newer ventures: creating services to alleviate common frustrations with managing student organizations. This past summer, he worked with a team of graduate students led by Dr. Mike Johnson, chair of the Electrical and Computer Engineering department. Their work focused on teaching computers to recognize bird songs. Patrick can usually be found behind a computer screen, frustrated with a programming bug that was, most likely, his fault.