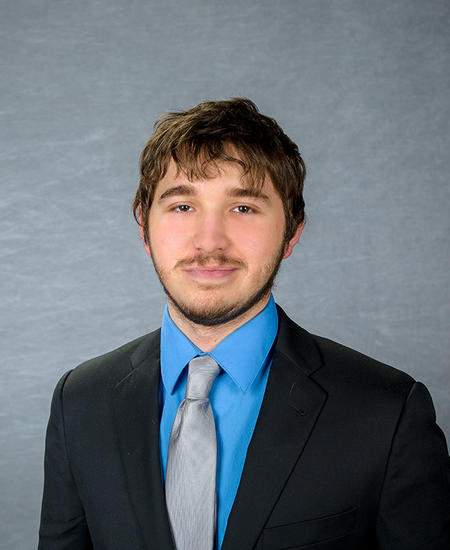 As any prospective, current, or former college student knows, that is an enormous understatement. Johnathan Oldham, a senior majoring in mining engineering at the University of Kentucky, couldn’t understand that more personally.

Born and raised in White Plains, Kentucky, Johnathan is a first-generation college student. He knew he wanted to attend UK for its mining engineering program, but he had no idea how he was going to pay for it. He got married immediately after high school which complicated his financial situation.

But scholarship money turned all of that around. Johnathan received the Robert B. and Helen P. Jewell Educational Foundation Scholarship, along with several smaller independent scholarships. Throughout his time in college, he has taken out a single small loan just to cover rent, and other than that, he possesses zero debt. This feat would have been impossible without the generous scholarships he received.

For Johnathan, college without that scholarship money would have meant incessant work and overwhelming stress. Instead he has been able to focus on grades and support his wife. With the birth of a baby daughter last September, he has been able to excel as a father and husband, as well as a student—without bearing the extra burden of extreme financial need.

The day after he graduates this May, Johnathan and his family will move to Alabama, where he will serve as an industrial engineer for Warrior Met Coal. He plans to pay off that single loan with the first paycheck, and after that, he and his wife can turn their future dreams—a new car and a house they own—into reality. Those scholarships have not only educated Johnathan but made a bright future possible for him and his family.

As Johnathan says, “Everyone told me how hard it would be to be married and go to college and pay for it. Everybody said I couldn’t do it, and here I am.”