I now have meaningful connections with professionals on the administrative side of NASA and the National Science Foundation who I can go to for advice and recommendation as I plan for graduate school and my future career.

University of Kentucky mechanical and computer engineering senior Daniel Kennedy, of Villa Hills, Kentucky, recently completed the 2020 Henry Clay Internship at NASA HQ. The internship offers an exceptional opportunity for a highly accomplished student from one of Kentucky’s colleges and universities to serve in the NASA Office of the Chief Scientist.

As part of the Henry Clay Internship at NASA HQ, Kennedy had exposure to, and learned about, the most important work being done in space exploration. NASA’s chief scientist serves as principal advisor to the NASA administrator and other senior officials on agency science programs, strategic planning and the evaluation of related investments. The Henry Clay Internship with this office is sponsored by the Kentucky Society of Washington in partnership with the NASA Kentucky Space Grant Consortium.

“This internship with the Henry Clay Institute has given me a truly inspiring experience this summer,” Kennedy said. “I now have meaningful connections with professionals on the administrative side of NASA and the National Science Foundation who I can go to for advice and recommendation as I plan for graduate school and my future career.”

It was space and the university’s connection to NASA Kentucky that attracted Kennedy to Lexington in the first place. At UK, he enrolled in mechanical and computer engineering to study the foundations of robotics.

Kennedy thinks his interest in the field was sparked as early as 6 years old. “I am fortunate enough to have known for a very long time that I've wanted to work on space robots. Thinking back, probably since watching ‘NOVA’ on PBS about the construction of the rovers Spirit and Opportunity.”

Since arriving at UK, Kennedy has been an active member in the UK Solar Car Team, where he helped design and build the school’s solar vehicle for the American Solar Challenge. And last summer, he worked with Dynetics’ Space Systems Division in Huntsville, Alabama, on an experimental carbon dioxide scrubber for the International Space Station.

“I played a small role in the (Dynetics) project but it was very exciting to work on something that would actually go to space! I had a wonderful mentor who taught me a lot in those few months and later wrote a letter of recommendation for my NASA job application,” Kennedy said. “This internship, along with my experience on the UK Solar Car Team was enough to get me in the door at NASA.”

The son of John and Kim Kennedy, Daniel Kennedy is on schedule to finish his bachelor’s degrees at UK in Fall 2021. Upon completion of graduation, he plans to pursue a master’s degree in space systems engineering.

The Office of Nationally Competitive Awards assists current UK undergraduate and graduate students and recent alumni in applying for external scholarships and fellowships funded by sources (such as a nongovernment foundation or government agency) outside the university. These awards honor exceptional students across the nation. Students who are interested in these opportunities are encouraged to begin work with the office, housed in the Chellgren Center for Undergraduate Excellence within the Division of Student and Academic Life, well in advance of the scholarship deadline. Staff is available for virtual appointments to discuss opportunities for the 2020-2021 academic year and beyond. 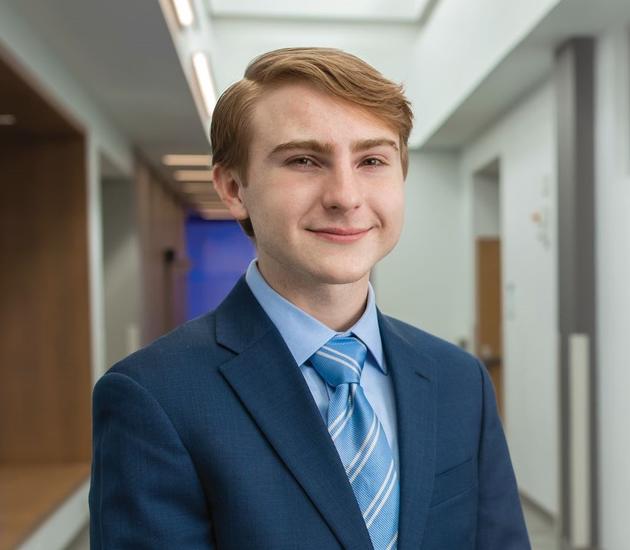