I love bringing entertainment to people that sparks their imagination, enables their creativity and makes them laugh.

A lifelong gamer, JoAnna Lio Amos graduated from the University of Kentucky in 2001 with a bachelor’s degree in computer science. While furthering her education through a master’s program at Indiana University, Amos​ scored two successive summer internships at Electronic Arts (EA) in San Francisco, where she began working on "The Sims" franchise. Today, Amos is a producer at EA for Maxis, the studio behind "The Sims" and "SimCity™." EA is a global leader in digital interactive entertainment, and "The Sims" franchise alone has sold more than 175 million units since its launch in 2000.

A member of the UK Department of Computer Science’s advisory board, Amos visits campus twice a year. During a recent trip to Lexington, Amos​ overcame jetlag to tell us how she became a game producer, what her job entails and whether she plays her own games.

UK Engineering: So, what gaming systems do you own?

Amos: I own and play on all the mainstream consoles plus PC and mobile. My husband and I both game, so we each have a PS4, Xbox One and Switch so that we can play together on the same couch.

UK Engineering: What led you to choose UK?

Amos: I liked that UK is a liberal arts school, so I wasn't siloed into just engineering. I got the full breadth of the humanities. I double majored in English, so I got to take creative writing classes, various literature classes and courses in the Colleges of Communications (College of Communication and Information) and Business and Economics (Gatton College). I even took an architecture class where one of our projects was to create art pieces based on architectural concepts.

Amos: With programming, you know when you have solved a problem because what you’ve made functions, but art is more subjective. "Is this good enough? Is it maximally illustrating what I want it to say?"

UK Engineering: Is the same true of producing video games?

Amos: It seems like you could always add more features. Game production is a similar phenomenon as a mix of art and science. But when it comes to making games, you have the benefit of your timeline; you have finite resources and a hard deadline.

UK Engineering: What made you choose computer science for your major?

Amos: I always wanted to do something with video games, but I didn’t know if that could become a reality. How many people dream about becoming an actor or actress compared to how many actually make it? I knew nothing about game development other than somebody has to make them.

When I was a teenager, there was a magazine I really wanted called Game Developer. It was kind of expensive, so I never got it. The bookstores kept it wrapped in plastic, so I couldn't even flip through it. But I’d look at the cover and think, “I really want to know what's in there!” So, when I got to college, I figured I would major in computer science, learn programming and that would get me closer to something in game development than nothing.

UK Engineering: What does a game producer do?

Amos: The definition of the role can differ based on the company and team. For Maxis, at a high level, the game producer represents the player. Where the engineer creates the foundation and tools, the artist crafts the visuals, the designer invents the mechanics of how the game will play and then builds that with the tools provided by the engineer, the producer ensures the game is an amazing experience for players. Producers coordinate all the development disciplines and collaborate with partners such as marketing, publishing and legal. The highest-level producer is responsible for the game as a whole.

UK Engineering: How do you describe "The Sims" to people unfamiliar with the franchise?

Amos: "The Sims" is a charming, lighthearted game that simulates life. It's not intended to replicate life by any means — it's more a parody of life. When we all played with dolls or action figures as kids, the story all came out of our head, and the toys just did what we had them do. "The Sims" is a toy that responds to what we're doing. So, the really fun part of playing is poking around and seeing what happens.

Say you want to make a love story. One Sim wants a perfect wedding and the other Sim is a slob. You can create the Sims, build their home with a wedding venue in the backyard, put the two of them together and then experience what happens in the simulation.

It’s always a surprise. One of the tricky parts of demoing the game for people is that we don’t know what the characters are going to do! "The Sims" has had four main incarnations, plus add-ons. What’s next for the franchise? "The Sims Mobile" launched in March 2018 for most of the world and then in Japan, South Korea, Taiwan, Hong Kong and Macau in August. We’ll continue to add lots of new gameplay and content for years to come.

UK Engineering: What has changed for you in moving from PC/console to mobile?

Amos: The reach of the mobile platform is enormous, vastly expanding access to games. Compared to PC and console games, play sessions on mobile devices tend to be much shorter and more frequent, so we make an experience that caters to that.

UK Engineering: How do you do that?

Amos: One of the most exciting elements for me is that we can dynamically respond to how players are playing. On a mobile platform, we get loads more data and can find out what works and doesn't work for each player. That enables us to address problems and make the experience better and better.

In a world where technology is constantly changing, you always have the opportunity to make good use of that technology.

UK Engineering: Do you ever play your own game?

Amos: Yes! It’s in my regular rotation of games. Mobile devices are really nice because my games go with me. I can play on my lunch break or in between meetings. If I need to reference the game in a conversation with a co-worker, all I have to do is pull my phone out of my pocket.

UK Engineering: Where do you see yourself going in your career?

Amos: I want to keep leading teams in making playful, interactive experiences that touch the lives of millions of people. It has this special mix of elements: I get to work with interdisciplinary teams on projects that are both artistic and technical, and the output is fun. I love bringing entertainment to people that sparks their imagination, enables their creativity and makes them laugh. 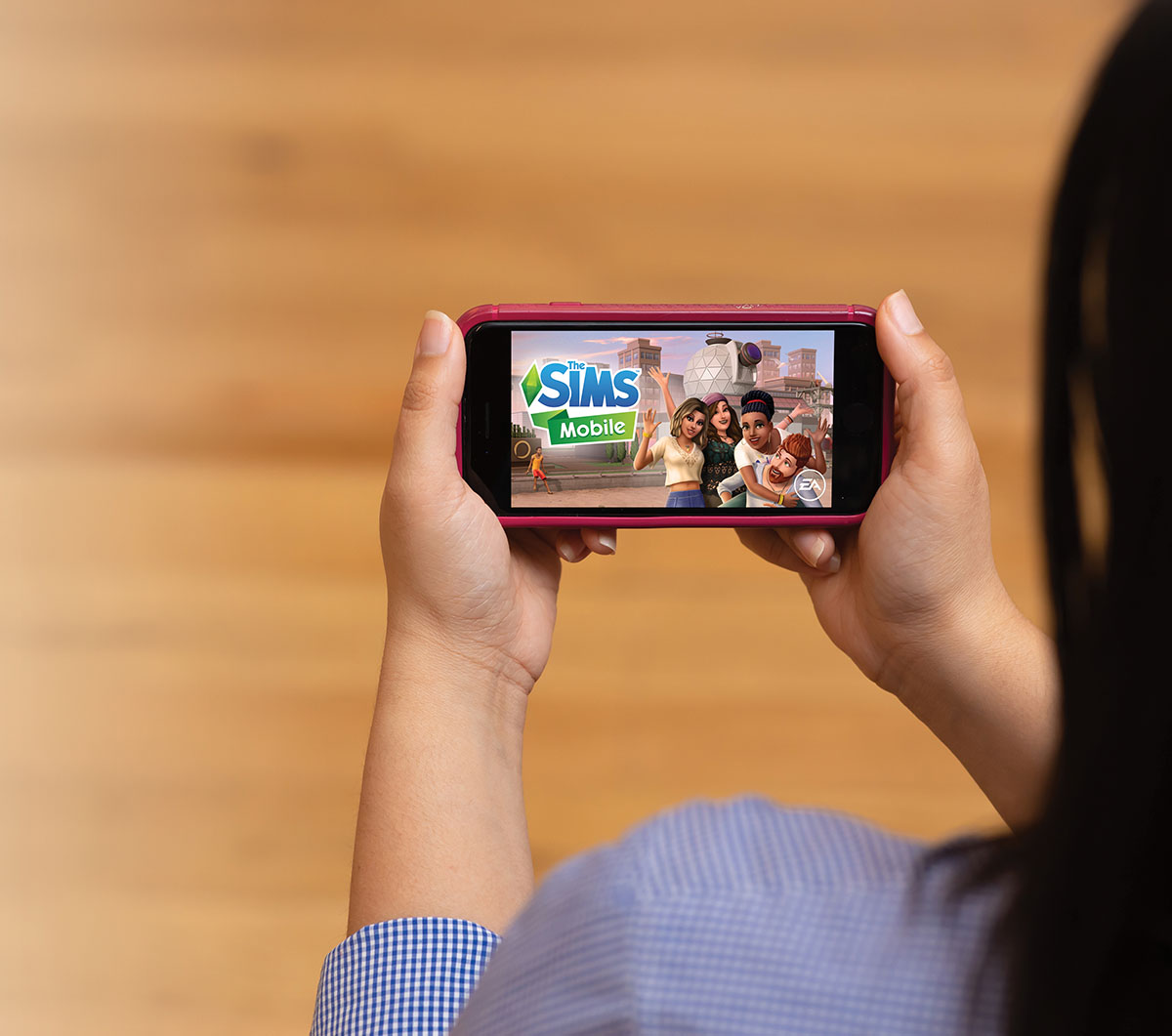