Research in Their Own Words: Jesse Hoagg on Control Theory | University of Kentucky College of Engineering Skip Navigation

Jesse Hoagg, Donald and Gertrude Lester Professor in the Department of Mechanical and Aerospace Engineering, has advanced controls research at UK since arriving in 2010. In this piece, he explains how his research in control systems and control theory can advance a wide array of applications in science, engineering, and technology. 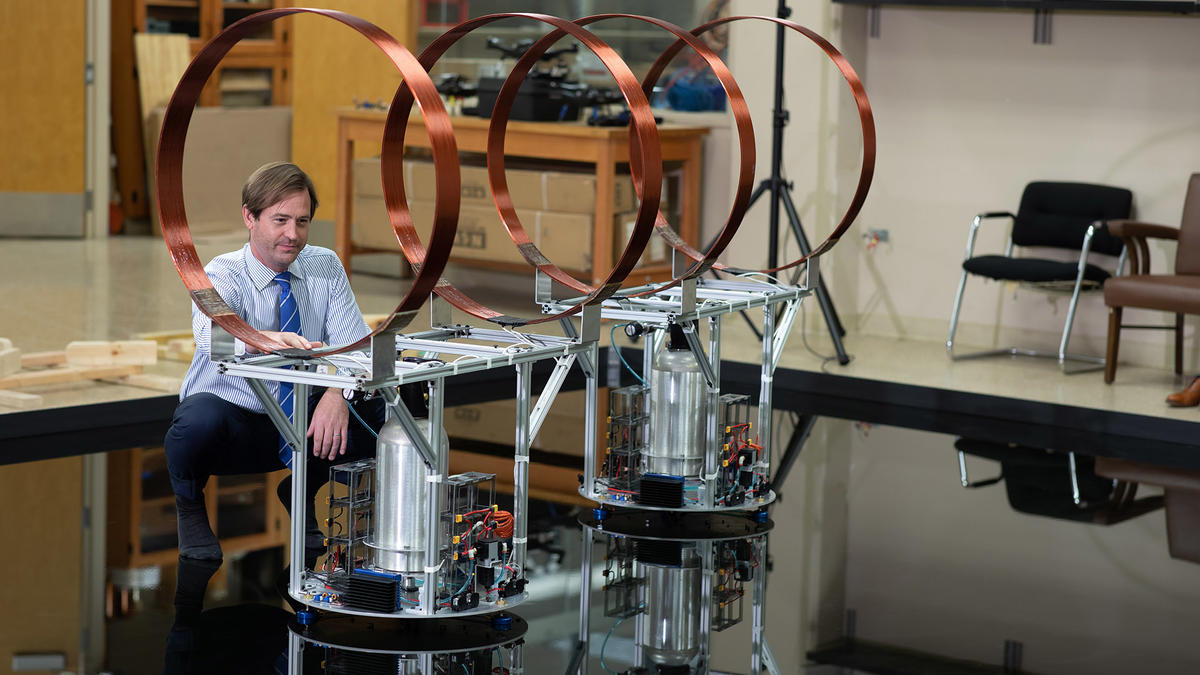 What is control theory?

Control theory provides mathematically rigorous techniques for designing and analyzing feedback systems. These techniques are critical to a wide array of technologies such as aircraft, automobiles, robotics, power plants, and chemical processing. New vehicles and devices that are impacted by thermodynamics, fluid dynamics, and/or structural dynamics can be greatly enhanced by innovative control methods. Thus, many areas of engineering benefit from advances in control-system theory and technology.

My research focuses on the development and application of control theory to diverse areas in science and engineering—ranging from formation control methods for autonomous vehicles to the study of human learning. For example, my research group develops new cooperative control methods for swarms—large groups—of autonomous unmanned air vehicles, better known as drones. These methods allow swarms to collaborate autonomously while avoiding collisions. As another example, we use techniques from control theory to study how humans interact with engineered systems such as aircraft, automobiles, and robots. This work has potential application in a variety of areas, including robotic-assisted surgery, human-controlled robotic swarms, active prostheses, robotic-therapy devices, and autonomous vehicles.

Small-satellite technology is another important application that relies heavily on control theory. Small satellites are less expensive to build and launch than large spacecraft. In addition, multiple small satellites working cooperatively can often exceed the operational capability of a single monolithic satellite. However, the control systems used for large spacecraft are not ideally suited to small satellites. Thus, Professor T. M. Seigler in the Department of Mechanical and Aerospace Engineering and I are developing innovative small-satellite control technologies that are efficient, reliable, and can be powered by renewable energy sources.

One of these new technologies is a system for controlling a small satellite’s attitude, that is, rotational orientation. This unconventional attitude control method relies on a system of vibrating masses as opposed to the rotating wheels used for traditional attitude control on large spacecraft. By appropriately vibrating the masses, we can steer the satellite to any desired attitude, for example, pointing toward Earth or another planet. This new approach is energy-efficient, lightweight, and not subject to significant friction wear. We are currently collaborating with Space Tango, Inc. to fabricate a small-satellite prototype with this new attitude control system. This prototype will be sent to the International Space Station for on-orbit testing in 2022.

We are also developing a new electromagnetic formation flying method, where each small satellite in a swarm is equipped with electromagnetic coils, which can be energized to create forces between satellites. By appropriately energizing the coils, we can generate forces that drive the satellites into desired swarm formations. One key aspect of this work is the use of alternating magnetic field forces to decouple inter-satellite forces, and thus, enable swarms with many satellites.

The work on small satellite swarms is supported in part by the National Aeronautics and Space Administration under 80NSSC17M0040 through NASA Kentucky. Prof. Hoagg’s other research activities are supported by NSF, NASA, USDA/NIFA, AFOSR, and industry partners.