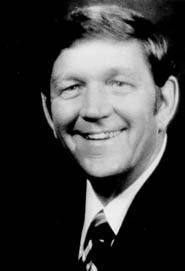 Oliver H. (Ollie) Raymond was born in Shelbyville, Kentucky and grew up in the farming community of Chestnut Grove in Shelby County. After graduating as valedictorian of his high school class in 1948, he joined the Air Force for an 18-month tour of duty. He received the Bachelor of Science in Civil Engineering from the University of Kentucky in 1954. Subsequently, he worked for construction firms involved in the design and construction of coal preparation plants, and water and sewer treatment plants.

The former Civil Engineering/Kentucky Transportation Center Building was dedicated in his honor on October 9, 1998.

Mr. Raymond passed away October 19, 1999. He is survived by wife, Anne, and their daughter, Linda Raymond.