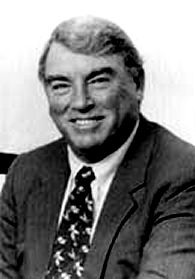 Mr. Teague began his professional career as a development engineer with Pratt & Whitney Aircraft in their Aircraft Nuclear Program. He designed and developed nuclear power systems for aircraft propulsion. In 1958 he joined Sandia Corporation, Albuquerque, New Mexico, developing fusing, firing and safeing systems for nuclear weapons. In 1963 he became engineering manager for TRW and managed the development and production of the Saturn-IVB attitude control engine. The S-IVB was the third stage of the Saturn rocket that propelled the astronauts on flights to the moon.

In 1989, he formed his own company and became President and CEO of JGT Holding, Inc. This holding company engages in acquisition and operation of smaller manufacturing companies. Simultaneously, he was President of Innovative Imaging Systems, Inc., a company that develops computed tomographic scanners for x-ray inspection of jet engine turbine blades, and other expensive and high-liability industrial components and systems.

Mr. Teague served as a board member and chairman of the Nuclear Medicine Section of SAMA, the Diagnostic Imaging Division of NEMA and held membership in various industry associations. He was a member of Leadership Cleveland, the Board of Trustees of the Golden Age Centers of Greater Cleveland and was a member of the UK Engineering Dean’s Advisory Board.

Mr. Teague died May 31, 2014. He is survived by his wife, the former Suzanne Wallace of Lexington, Kentucky.