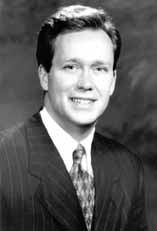 As one of twelve children, Gregory Louis Summe was born and raised in Ft. Mitchell, Kentucky. Upon graduating from Covington Catholic High School, he enrolled in Thomas More College majoring in physics. Two years later, he transferred to the University of Kentucky and in 1978 received the Bachelor of Science in Electrical Engineering. He then pursued post-graduate education at the University of Cincinnati where he earned the Master of Science in Electrical Engineering in 1980.

Mr. Summe has risen to the pinnacle of the high-technology corporate world in the relatively short period of twenty-two years. He began his professional career as a semiconductor design engineer at Mostek Corporation. During this same period, he pursued an MBA degree at the Wharton School of Business at the University of Pennsylvania.

After completing his MBA degree with distinction from Wharton in 1983, he joined McKinsey & Company, Inc., a leading international management consulting firm. During his nine years at McKinsey, he was elected partner, and was based in the Atlanta and Hong Kong offices.

His management experience led him to many corporate leadership roles. In 1992, Mr. Summe joined the General Electric Company as General Manager for the Commercial Motors Group based in Fort Wayne, Indiana.

In 1993, he joined AlliedSignal (now Honeywell), where over the next five years he served successively as President of General Aviation Avionics, Kansas City, Missouri; President of Aerospace Engines, Phoenix, Arizona; and President of the Automotive Products Group, Morristown, New Jersey.

In 1998, Mr. Summe was named President and Chief Operating Officer of EG&G, Inc., now PerkinElmer, Inc. In January 1999, Mr. Summe was appointed Chief Executive Officer, and in April became the Chairman of the Board. Under his leadership the company has been transformed from a diversified conglomerate to a focused, growth driven high-technology company.

In addition to dramatically changing its mix of businesses through over fifteen acquisitions and divestitures during the past two years PerkinElmer has greatly strengthened its operations and organizations and sharply increased its profitability and revenue growth. Wall Street has recognized the company’s progress under Mr. Summe’s leadership with stock price increases of more than 250 percent.

PerkinElmer, Inc. operates in four businesses – Life Sciences, Fluid Sciences, Optoelectronics, and Analytical Instruments. The Company has operations in more than 100 countries, and is a component of the S&P 500 index.

Professionally, Mr. Summe is a member of the New England Chapter of the Young Presidents Organization. He has published numerous articles in both business and technical publications including the Harvard Business Review and Electronic Business. He is a member of the Board of Advisors of the Carroll School of Management, Boston College.

Mr. Summe is well known for his work on behalf of organizations within his community. He is a past board member of the Atlanta Alliance Theatre Company, Phoenix Area United Way, Phoenix Country Day School and the Atlanta Boy Scouts.

An avid runner, Mr. Summe also enjoys golfing and skiing. He and his wife, the former Susan Stevie, and their children reside in the Boston area.