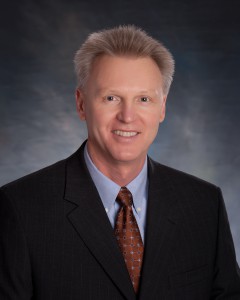 “When I started at UK, I was actually pre-medicine,” Lobb recalls. “While at the hospital during my first semester, I saw blood and passed out. At that point, I figured I probably shouldn’t be a doctor.”

Lobb’s aversion to blood made it possible for him to pursue what would become a fruitful career in mining—first as an engineer working at his father’s company and later as a mining executive and international developer. It all started with studying toward a bachelor’s degree in civil engineering with a mining option.

After a few years of gaining experience at coal companies in Kentucky and North Dakota, Lobb realized that if he was going to become a mining executive, he would need financial training. In 1988, one of Lobb’s supervisors gave him a big break: funding for a master’s degree in business administration from Vanderbilt. The training elevated the trajectory of his career for the next 20 years.

Soon, Lobb was overseeing operating budgets, taking responsibility for production, and devising methods to increase productivity. In 1992 he became general manager of Costain Coal, Inc., in Oakman, Ala., where he oversaw a staff of 400 employees and had 15 direct reports.

In 1994, Drummond Ltd. approached him about moving to Colombia, South America and overseeing the start of a mining operation, port operation, and railroad operation. In Colombia, Lobb managed an annual budget of $250 million and turned the mine, port, and railroad projects into successful operations that produced 15.4 million tons of coal in 2002. Perhaps more impressive is that while there were 20 employees on the job when Lobb started, there were over 1,700 making Drummond a success when he left eight years later.

“Never in my wildest dreams had I imagined working outside the United States,” he laughs. “But once I went, it was an incredible experience.”

After more than ten years working in South America, Lobb took a position with Peabody Energy in 2005. Achieving production records at the largest surface coal mine in the world and winning the President’s Award for safest underground mine within Peabody eventually convinced the company to give Lobb his next major international challenge—leading development activities across China and Mongolia. Recently concluding his third year as Senior Vice President of Operation Development for Asia, Lobb completed a successful tender process with the Government of Mongolia where Peabody was named one of the three international partners to develop a 15 million tonne per year mine in the South Gobi desert. He was also in charge of the teams designing, building and eventually operating a 50 million tonne per year large open cut mine in a remote area of western China while implementing Peabody’s best practices in safety, productivity and environmental excellence.

Mr. Lobb was recently promoted and repatriated to the United States as the Group Executive of Operations Support – Americas with responsibility for all technical, land, project management, continuous improvement, asset management and supply chain functions of the Americas Business Unit of Peabody Energy.

Mr. Lobb lives in Colorado Springs, Colo. with his wife, Tamara. They have two a daughters.