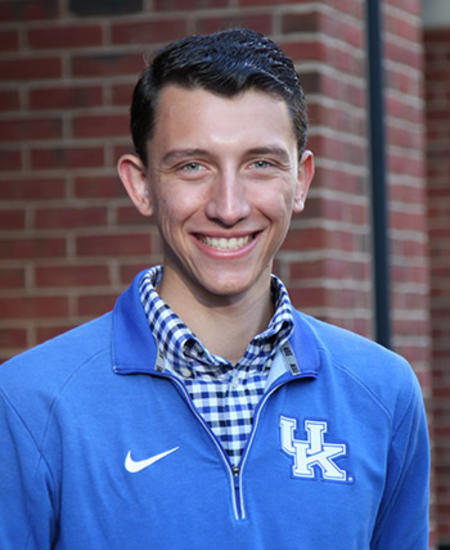 My products ensure that, at the end of the day, human error is not a concern to the integrity of the original design.

As Lee Johnson finished his bachelor’s degree in civil engineering last spring, he wasn’t worried about finding a job. In fact, he was already in business—for himself. The author of two patented inventions, Lee is currently working on four others, all contributing to roadway safety through secure road striping and pavement marker installation.

Two summers ago Lee’s internship boss at Central Seal Company in Danville, Kentucky, approached him with an issue. Due to eliminated product lines, road striping companies could no longer repair or replace the technology that they used to skip pavement markers when painting road lines. This forced them to manually skip the markers, consuming time and causing error. Additionally, poorly installed or damaged pavement markers can fly off the road at dangerous speeds when struck by snowplows or other objects and have even result in deaths in several states.

“My products ensure that, at the end of the day, human error is not a concern to the integrity of the original design,” says Lee.

Lee relies on computer vision, which uses a video camera feed to analyze images of the roadway and to look for certain objects within those images. With data collected along roads stretching from New York to South Carolina, he programmed his invention to recognize pavement markers and to tell the machine when to skip the markers while striping.

“If you have a road that is more reliably striped and pavement markers that are more reliably installed, it’s the public that is safer because of it and that’s really my focus right now,” Lee clarifies.

He sells to two main Kentucky contractors, Central Seal Company and Reynolds Sealing and Striping Inc., which restriped 11 out of the 12 districts in Kentucky last year. After attending a trade show in Arizona last February, he has several contractors and manufacturers waiting to receive his year-end data sets in December.

“For me, the University Scholars Program at UK was an obvious choice,” Lee explains. “Pursuing it would allow me to complete my master’s degree in civil engineering in just two additional semesters of coursework, while still allowing me the freedom to pursue my business interests and to learn so much interesting material that I did not have time to cover as an undergraduate student.”

Lee encourages current and future students to embrace the multidisciplinary nature of engineering.

“I always ask questions and always try to do something new across different fields,” he says. “That is what has gotten me here.”