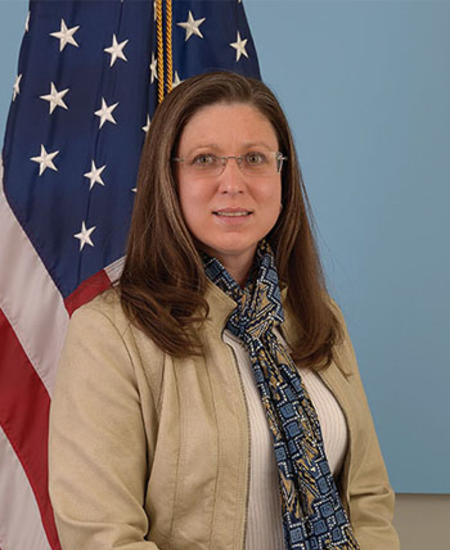 “There just aren’t many girls in engineering.”

“Have you thought about being a math teacher instead?”

“It will be harder to find a husband and have children if you are an engineer.”

“Women don’t do well in engineering.”

We begin Carey Buxton’s story here—with echoes of kind yet dispiriting advice that emanated from friends and guidance counselors whenever Carey floated the idea of majoring in engineering. In recent years, programs aimed at increasing opportunities for girls interested in engineering have grown. STEM camps, engineering open houses, in-class experiments and demonstrations, as well as private and government-backed programs like Project Lead the Way, are making it easier for girls of all ages to envision themselves as engineers. But that support wasn’t available when Carey’s enthusiasm was met with bleak prophecies of failure and loneliness; fortunately, she countered resistance with steely resolve.

“I probably would have liked being a math teacher,” Carey admits, “but I took the negativity as a challenge. I was determined to prove that I could be an engineer and not compromise anything that was important to me.”

Carey, who has been married for 23 years and has two daughters, is program manager of the FBI’s Antenna Systems Development Facility. When it comes to government expertise on antennas, she is literally it. As a science and technology fellow for the Director of National Intelligence, Carey is an authoritative expert on antennas for the entire U.S. government.

The daughter of a horticulture professor in the University of Kentucky’s College of Agriculture, Food and Environment, Carey aspired to teach engineering at a research institution. In addition to her master’s degree studies in electromagnetics and later her doctoral work in antenna design at Virginia Tech, Carey studied effective teaching methods. To this day, her colleagues joke, “If you ask her how something works, be careful what you ask for; she’s going to tell you exactly how it works.” After earning her Ph.D. in the summer of 2001, Carey and her husband, Charlie, welcomed their first daughter into the world. She was well on her way to realizing her family and career dreams. And then…

“9/11 happened,” Carey says quietly. “We were sitting on the couch with our six week-old daughter, watching the towers burn and fall. That’s when Charlie suggested we look into ways we could use our education to contribute to the nation’s security. After doing some research, I discovered the government was building an advanced facility for antenna research but didn’t have anyone formally trained to run it. When they asked if I thought their design could work, I said, ‘Absolutely, and if the contractor can’t make it work, I’ll make it work.’”

It was a monster of a job. Building a program is one thing, but Carey was charged with overseeing the actual construction of the $10 million Hemispherical Near Field Range facility. That meant on-the-fly learning about government contracts, government funding, construction and a host of other things that had nothing to do with electrical engineering—in addition to designing and building antennas. Before long, Carey had to make good on her promise to “make it work” when the contractor couldn’t write codes that worked.

“Thankfully, I had taken a series of courses on numerical electromagnetics that UK offered, so I wrote the codes myself,” she recalls. “It turned out to be one of the best things to happen within our program because now we have an in-house code we can modify as needed.”

The cavernous Hemispherical Near Field Range chamber is a unique resource for the U.S. government. Festooned with perforated cones that muffle sound, it is large enough to admit vehicles for antenna fitting, yet also has capability for body-worn antenna testing. Since antenna expertise and equipment are rare and expensive investments, Carey stewards the facility’s resources in order that knowledge, designs and materials may be shared in a collaborative environment that represents each entity within the U.S. government. Even law enforcement entities from other countries utilize the facility.

“From day one my goal was to turn the Antenna Systems Development Facility into a national resource that is well-recognized for its expertise and support to the U.S. government. I’m proud to say that we’ve been able to make that happen. When you do things for the right reasons, good things result,” Carey says.

Carey has silenced the ghosts of “you can’t,” but she is taking no chances with her own daughters or the next generation of women engineers. Whether teaching a four-week class at her daughter’s school where students build their own Yagi-Uda antennas or getting permission to shut down the antenna chamber for four hours so 28 schoolkids can measure and build antennas, Carey says she loves exposing future engineers to science.

“I tell girls that if they want to be an engineer, they can be successful and they can have a family if they want one. When I met my future husband, he was glad I was an engineer! I’m happy to be a role model and show girls of all ages what I believed then and I believe now—we can do this.”