The goal of the project is to create a membrane-based downstream purification platform for large-scale continuous biomanufacturing of viral vectors and virus-like particles (VLPs). 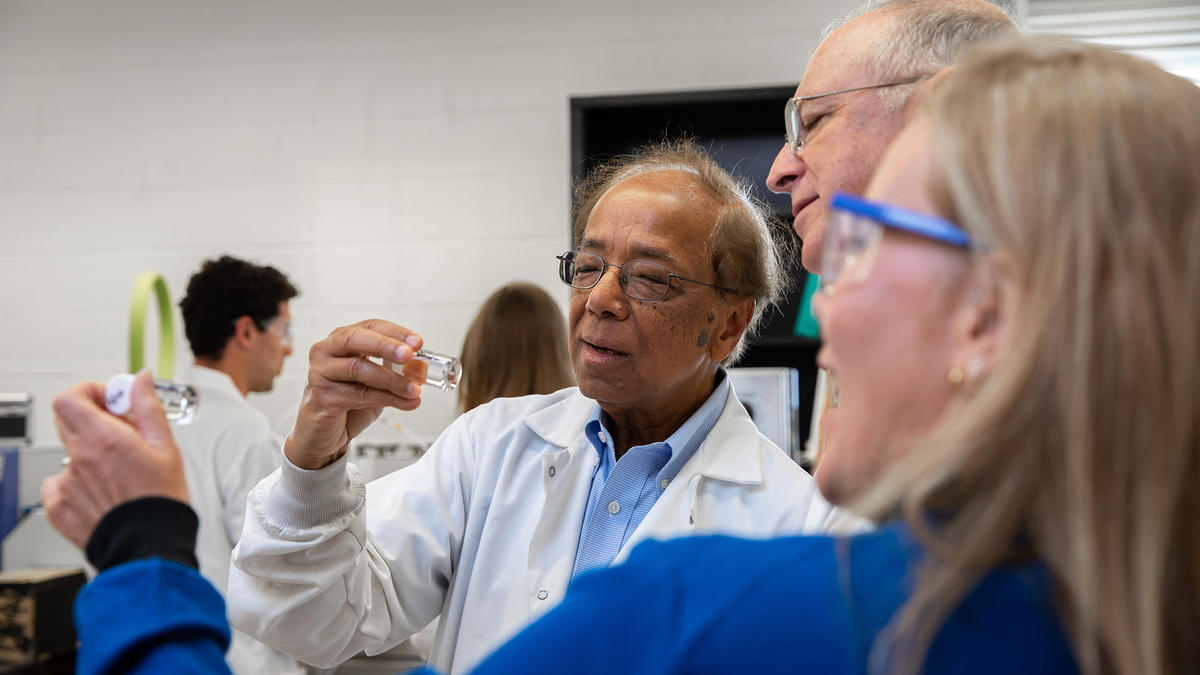 Dibakar "DB" Bhattacharyya, professor in the University of Kentucky Department of Chemical and Materials Engineering and Director of the Center of Membrane Sciences, and a team of UK researchers received an NSF EPSCoR Track-2, $1.6 million grant for their project, “Membrane Purification Platform for Continuous Biomanufacturing of Viral Vectors and Virus-like Particles.” The project involves collaboration between three universities: the University of Arkansas, Clemson University and UK.

The goal of the project is to create a membrane-based downstream purification platform for large-scale continuous biomanufacturing of viral vectors and virus-like particles (VLPs).

Viral vectors are tools commonly used by molecular biologists to deliver genetic material into cells, while VLPs are self-assembled viral protein complexes that mimic the native virus structure without being infectious.

“Besides their tremendous impact on human health, the economic impact of large molecule therapeutics is transforming the landscape of the biotechnology industry,” said Bhattacharyya. “For instance, there are a growing number of clinical trials using viral vectors for the delivery of gene therapies.”

Specific objectives of the project include:

The development of membrane-based downstream purification platforms for continuous biomanufacturing of viral vectors and VLPs will overcome the technical and economic barriers at multiple fronts and involve close collaborations among researchers at the three different institutions.

“Each collaborating institution offers unique facilities, expertise and resources that will rapidly catalyze the technology development,” said Bhattacharyya. “This is a wonderful example of collaborations between three universities, as well as immense faculty collaborations between engineering, biochemistry, biology and medicine departments.”

Bhattacharyya will serve as the UK principal investigator (PI), while UK faculty members Barbara Knutson, Steve Rankin, Malgorzata (Gosia) Chwatko and Rebecca Dutch, all from the UK Center of Membrane Sciences, will contribute as Co-PIs. The overall PI of the grant is Xianghong Qian, a professor at the University of Arkansas Department of Biomedical Engineering.