The University of Kentucky Solar Car team won third place in both the Formula Sun Grand Prix (FSGP) on July 7, 2022 and the American Solar Challenge (ASC) on July 16, 2022. 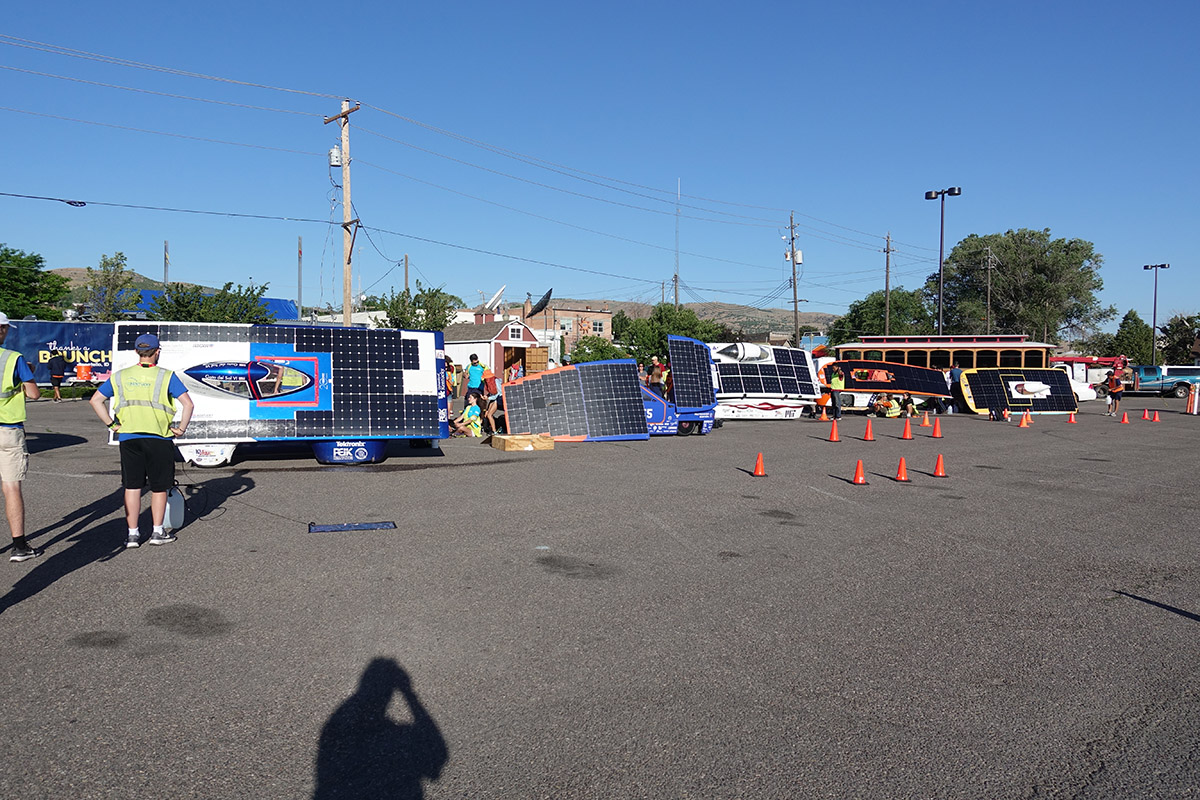 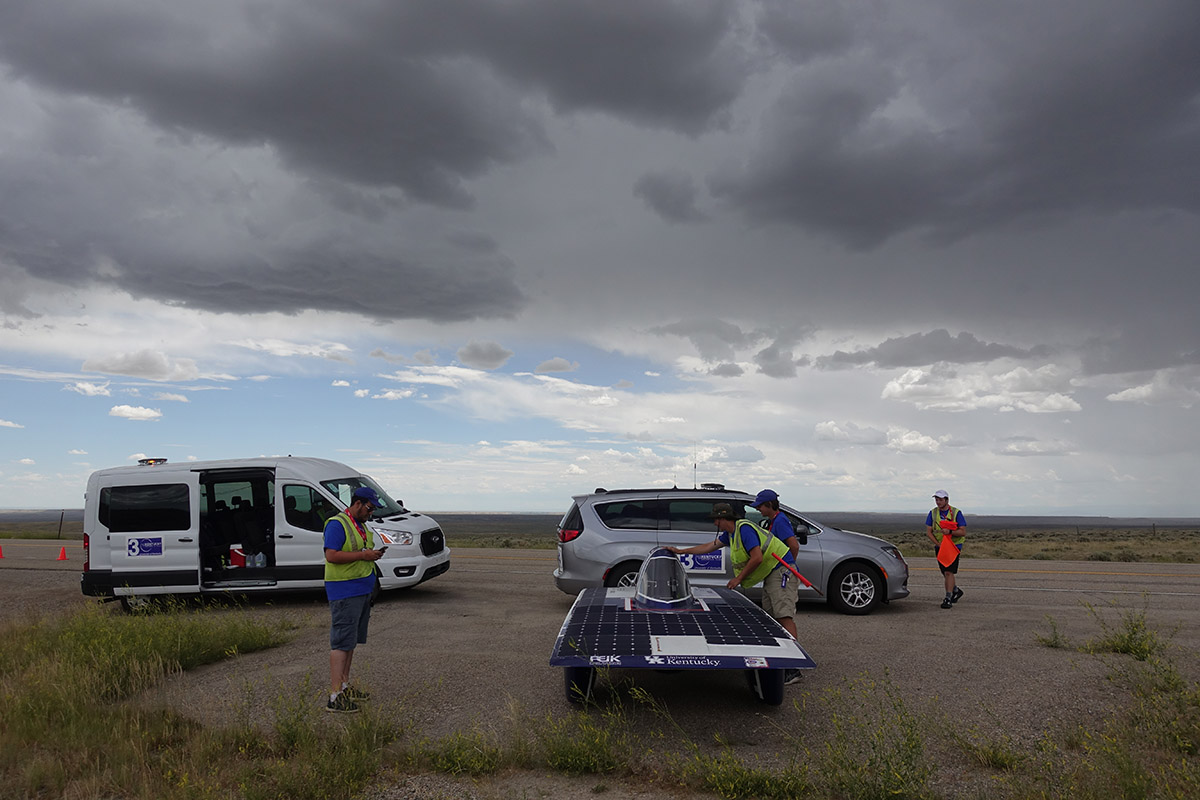 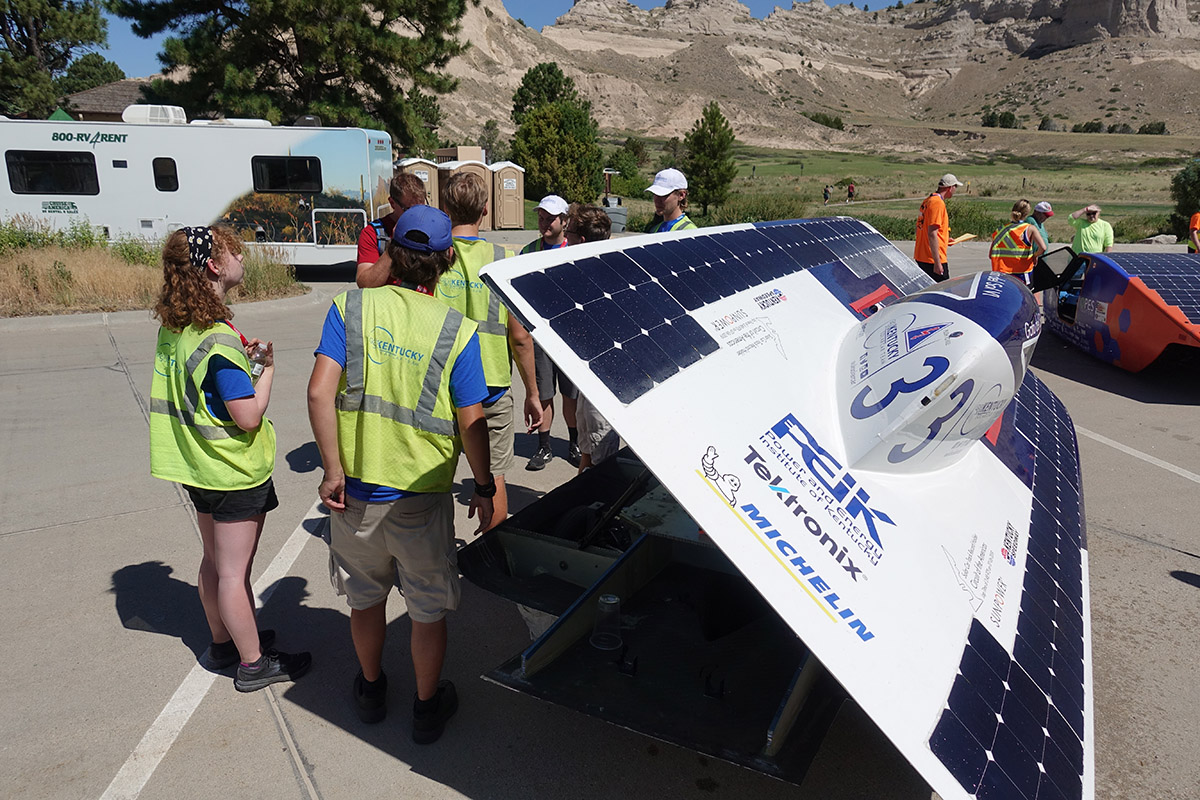 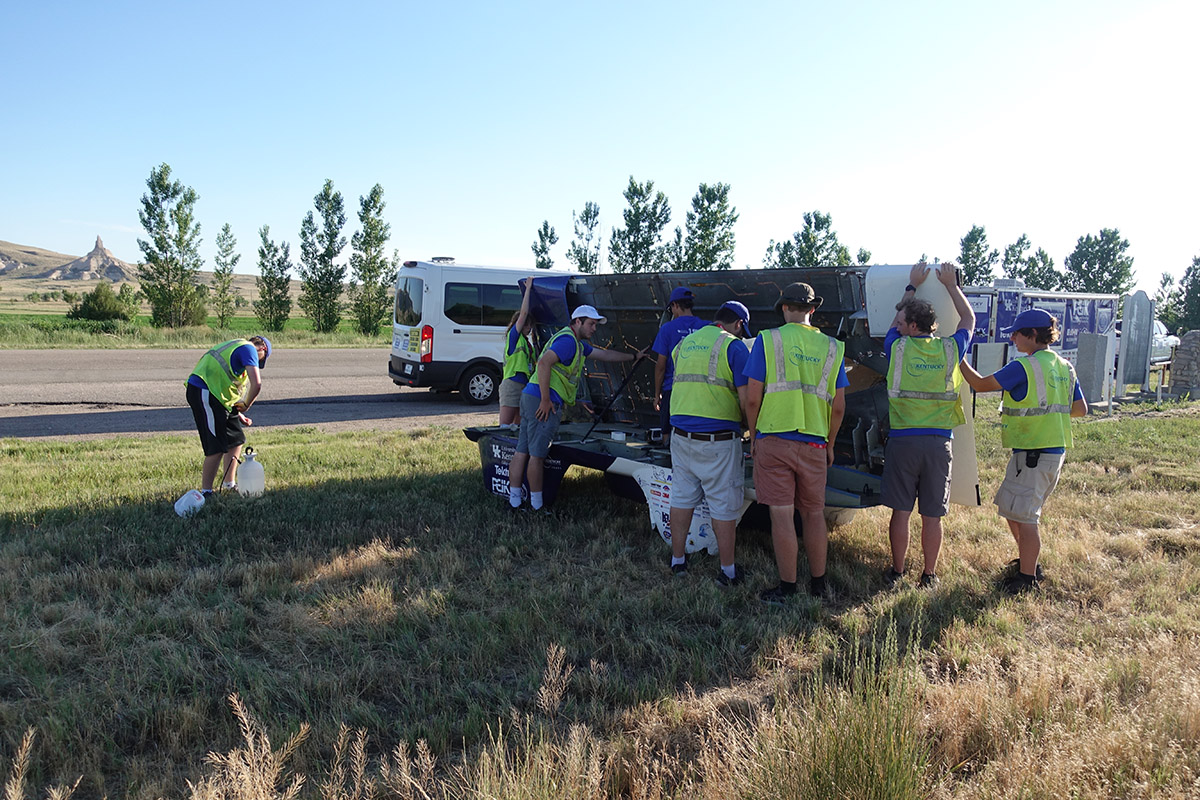 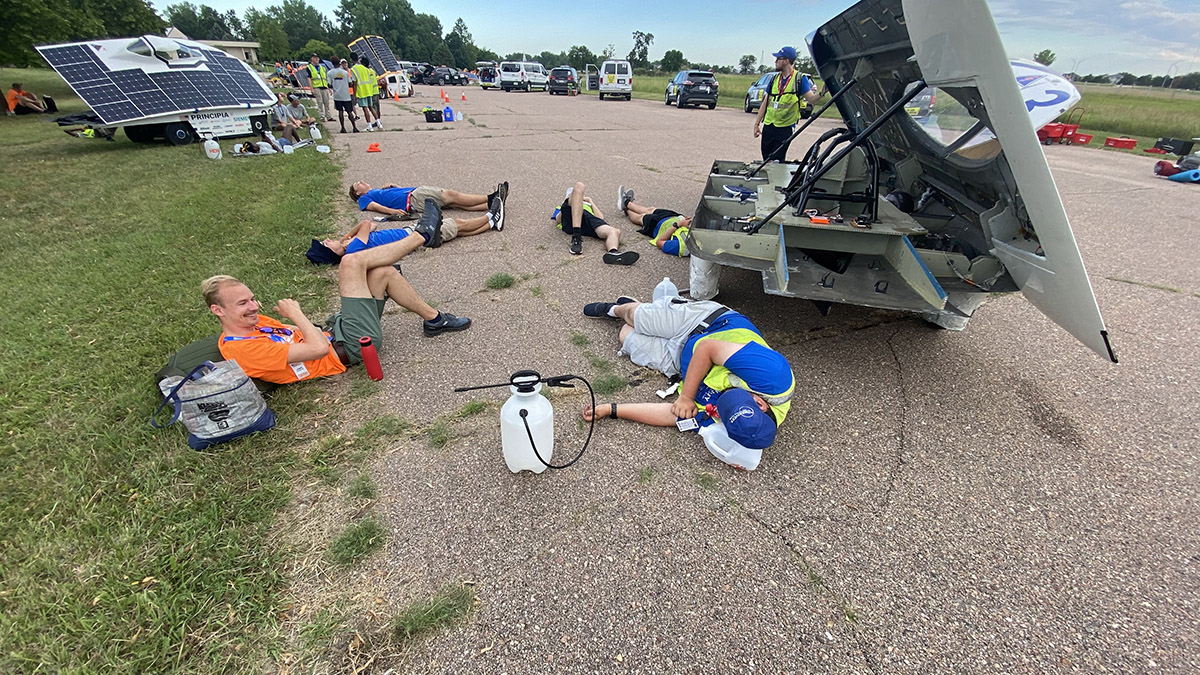 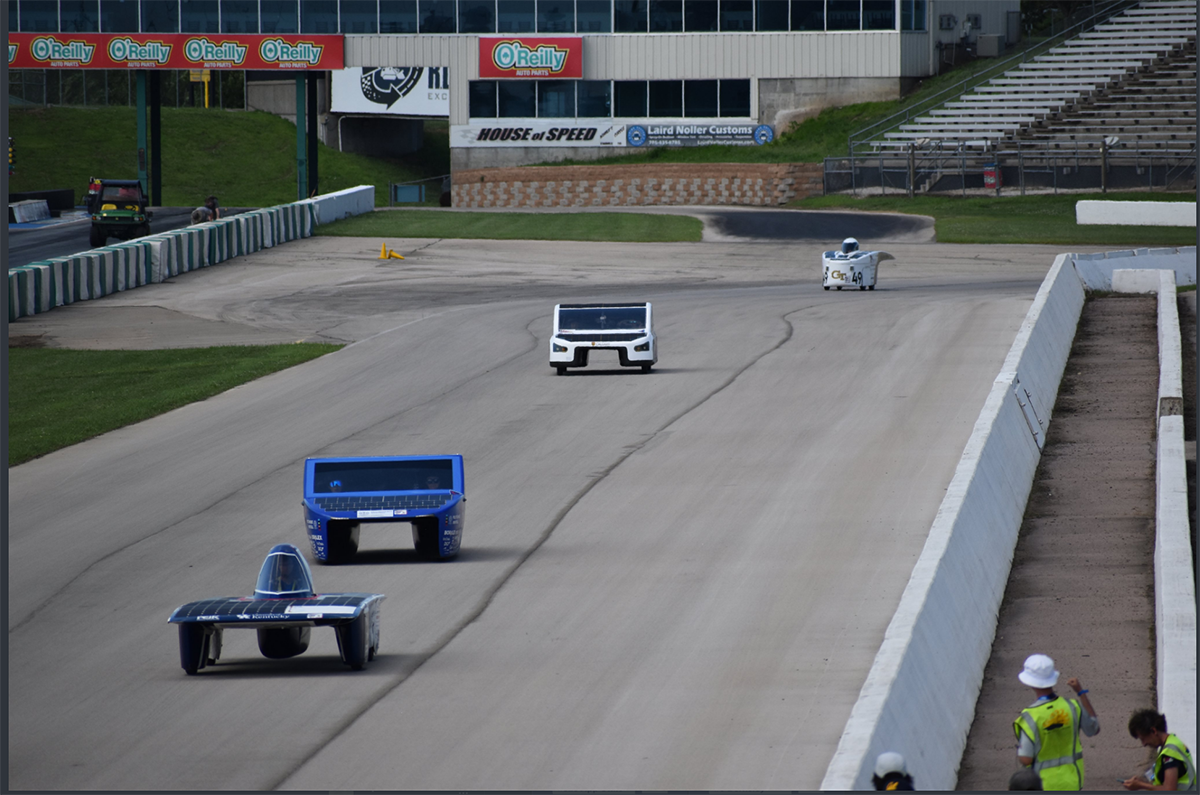 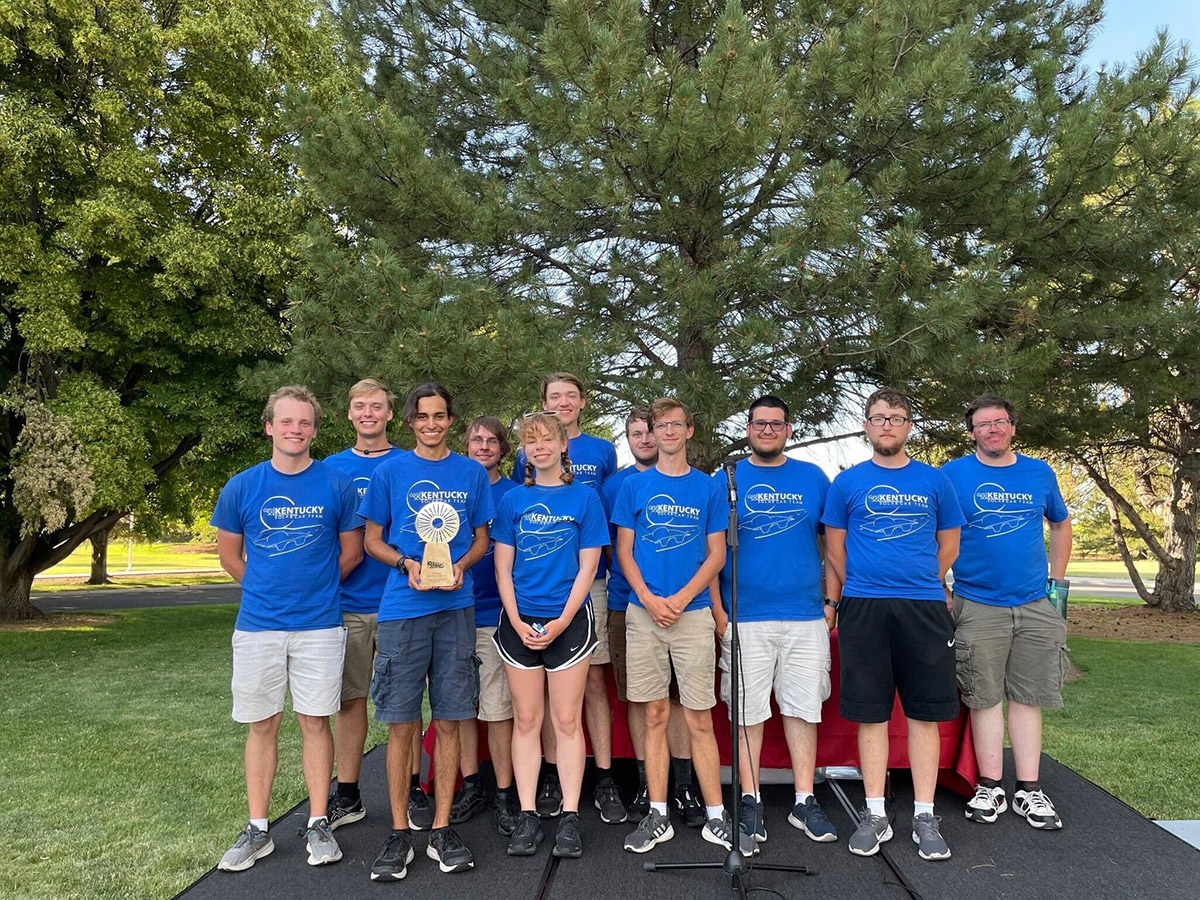 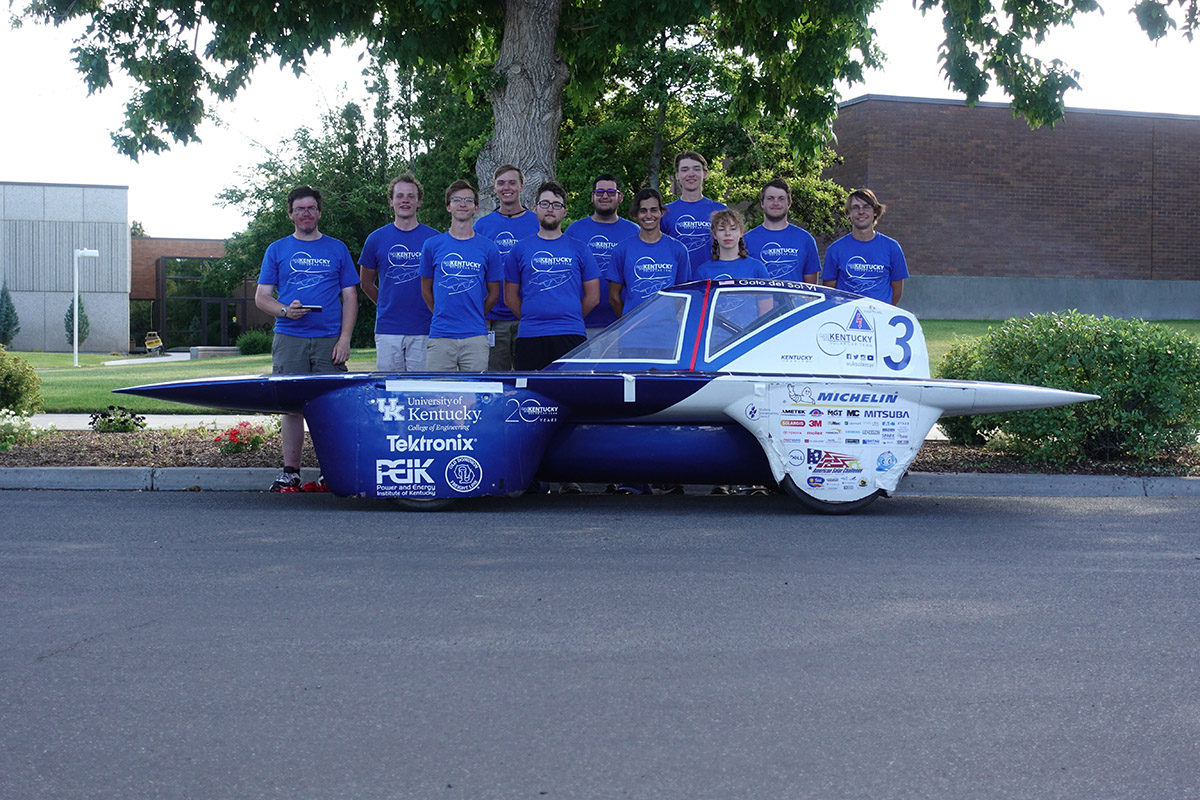 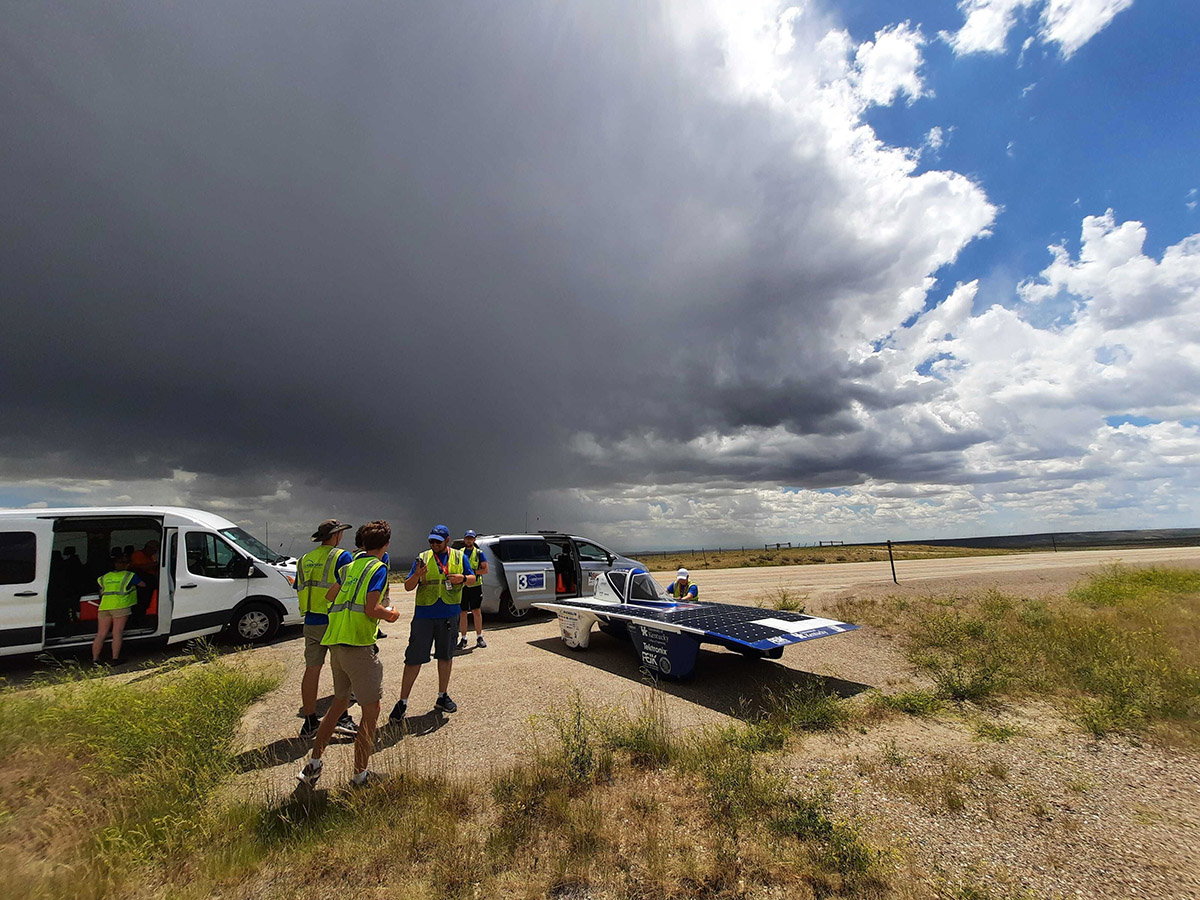 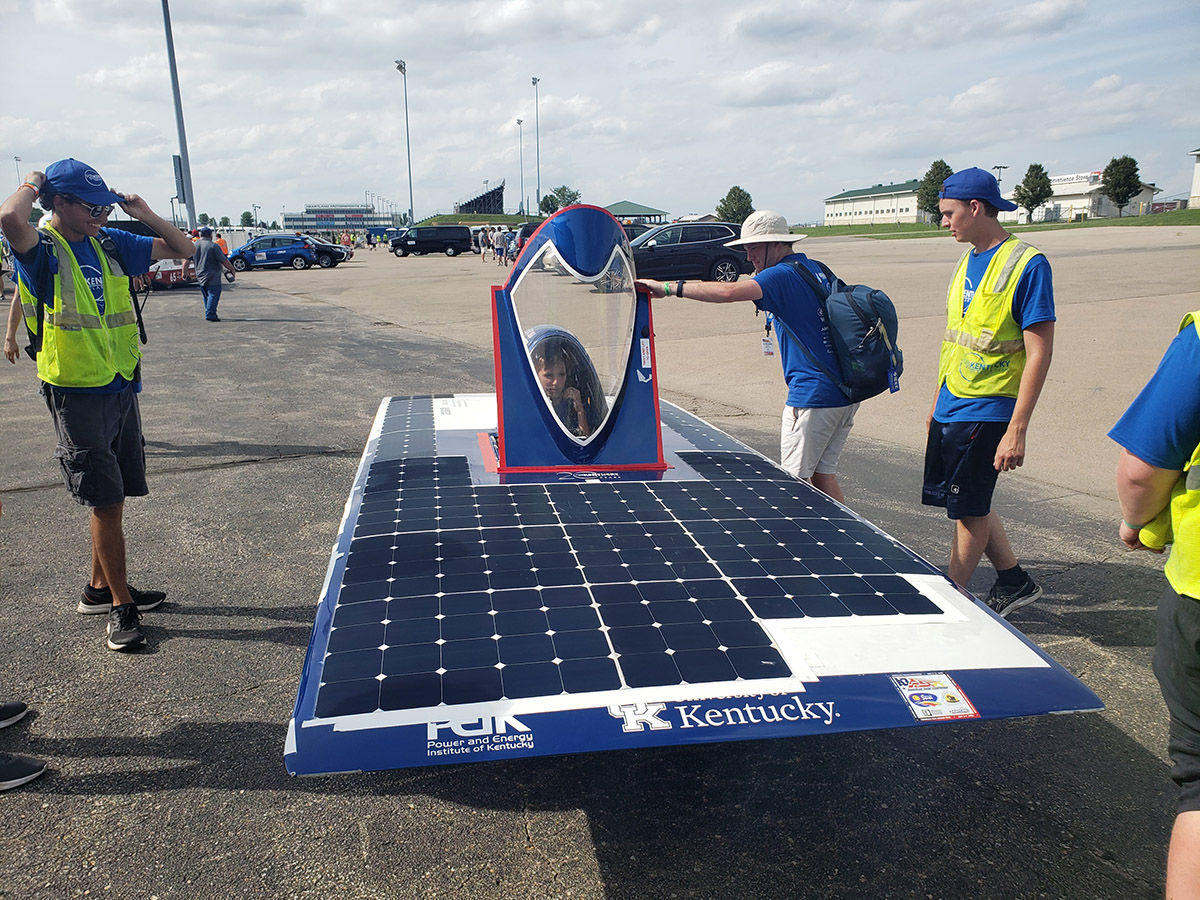 For both events, teams started with a charged battery pack, but once the event began, the student-built cars had to rely entirely on solar energy.

“We are so happy with how our car performed at these two big summer competitions,” said Sheldon Salins, a Solar Car team member who graduated with his bachelor’s degree in mechanical engineering from UK in May. “Especially considering that we lost solar ray modules during both events. We lost a module on the first day of each event due to wind, so we finished the road race with about 12% less power than all the other teams.”

The first event, the FSGP, is a 24-hour track race at Heartland Motorsports Park in Topeka, Kansas. For eight hours per day for three days, all teams complete as many laps as possible. This year, the UK Solar Car team completed 273 laps on the track, roughly 680 miles.

The second event, the ASC race, takes place on the open highway. Teams start in Independence, Missouri and have eight days to drive to Twin Falls, Idaho. Teams can only drive for eight hours per day for eight days. For the ASC, the winning team is not actually the team who reaches Twin Falls the fastest, but the team with the most mileage in eight days. The race has many optional “loops,” which are detours from the route that allows cars to earn more mileage before reaching Twin Falls. This year, the UK Solar Car team completed 1700 miles.

“Competing in these two big summer events is a lot of work for our student team,” said Salins. “It’s a lot of strategy and planning and modeling. We try to predict how our car will perform, how efficient each driver will be and how fast we should be going at each lap before we head to the competitions.”

Salins was part of the UK Solar Car team for all four of his years at the UK College of Engineering. “I wanted to do a student design project and I found Solar Car. The first time I saw the car drive around a parking lot, I was hooked,” Salins said. “It was really cool to work on something with my hands with older students and then pass on my knowledge to the students younger than me.”

Salins is moving to Atlanta this summer to begin a Ph.D. program in aerospace engineering at the Georgia Institute of Technology.