Faraneh Fathi, a doctoral student in Biomedical Engineering, has received the Halcomb Fellowship in Medicine and Engineering for the 2022-2023 academic year. 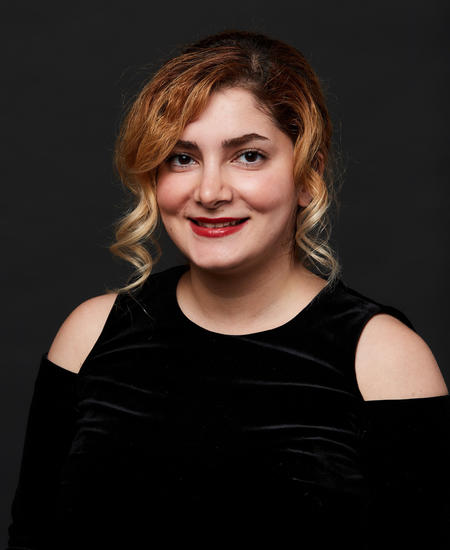 Fathi is the 12th Halcomb fellow since alumnus F. Joseph Halcomb III, M.D. (BSME 1974) initiated the program. Halcomb fellowships consist of an annual stipend of $30,000 with the option of renewal for a second year based upon the research progress of the recipient.

Fathi's project is titled, "A Novel Depth-sensitive Optical Imaging Device to Measure Blood Flow and Oxygenation in the Injured Newborn Brain," which seeks to improve functional imaging methods at the bedside of neonatal intensive care units to help children who are born prematurely that suffer from a lack of blood supply and oxygen that may affect their brain. Her mentor in the College of Engineering is Guoqiang Yu and her mentor in the College of Medicine is professor Henrietta S. Bada.

Before joining Yu's Biomedical Optics Lab in the Fall of 2020, Fathi earned a bachelor's degree in Physics from K.N. Toosi University of Technology, Tehran, Iran and a master's degree in Biomedical Engineering from Marquette University, Milwaukee, WI.

"The proposed collaborative study will strengthen my research capability and improve my leadership in multidisciplinary research," said Fathi. "With the support of the Halcomb Fellowship in Medicine and Engineering, the experience and knowledge that I obtain from this study will prepare me to be a competitive researcher in conducting independent research, coordinating among investigators, writing manuscripts, and presenting results."

Fathi's long-term career goal is to become an independent researcher and a leader in the field of biomedical engineering.

"Faraneh is a sincere, hardworking, and self-motivated student and well-prepared to perform the proposed study, which is absolutely cutting edge in crossing biomedical engineering and medicine," said Yu.

In addition to Fathi's award, Esther Max-Onakpoya and Xuihui Liu were both approved for a second year of Halcomb Fellowship funding.