Ware received the award for his project titled “Structured High-Agency Interactive Narratives for Virtual Environments.” The project will award $530,369.00 over five years. 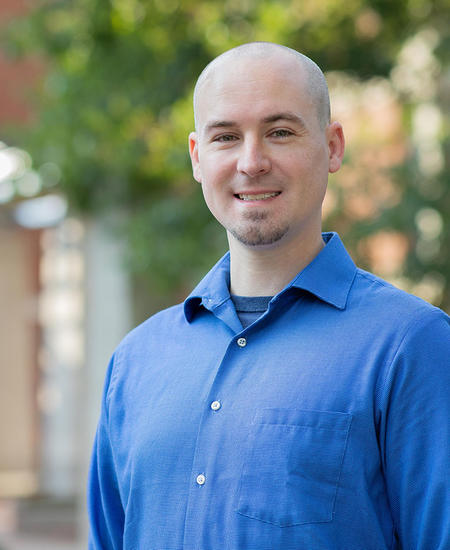 The CAREER Award is one of the "most prestigious awards in support of the early career-development activities of those teacher-scholars who most effectively integrate research and education within the context of their organization's mission," according to the NSF.

Ware, who started at UK in 2019, directs the Narrative Intelligence Lab and teaches artificial intelligence and game development courses. His work has earned three best paper awards to date. Since 2014, he has received over $850,000 in sponsored research funding from federal, state, and local agencies. Ware has served as a referee for the IEEE Transactions on Games journal since 2013. He has also served as an organizer or program committee member for top conferences and workshops in his field.

Ware received the award for his project titled “Structured High-Agency Interactive Narratives for Virtual Environments.” The project will award $530,369.00 over five years and conclude in 2027. Funding for the project is via NSF’s Human-Centered Computing (HCC) program under the Division of Information and Intelligent Systems (CISE/IIS) within the Directorate for Computer and Information Science and Engineering (CISE).

Narratives are fundamental to the way we think, communicate and learn. Virtual environments such as training simulations invite the user to play the role of one character in a narrative while the system controls all the other non-player characters and the environment. Interactive narratives are effective tools for teaching people how to perform a task and educating people about important topics.

However, writing interactive narratives is challenging. Most are manually written, ensuring a nice structure but limiting their scope because every choice must be imagined in advance.

Over the project duration, the research team will develop virtual environments, such as a virtual reality de-escalation training simulation for police officers, that evolves from a role-playing exercise between two people to a fully automated virtual environment where the artificial intelligence personalizes the interactive narrative for each player.