CAER Project Seeks to Capture Carbon Directly From the Atmosphere

In addition to developing direct air capture technology, this collaborative research team will also look at the engineering design systems for utilization and storage of carbon dioxide from air. 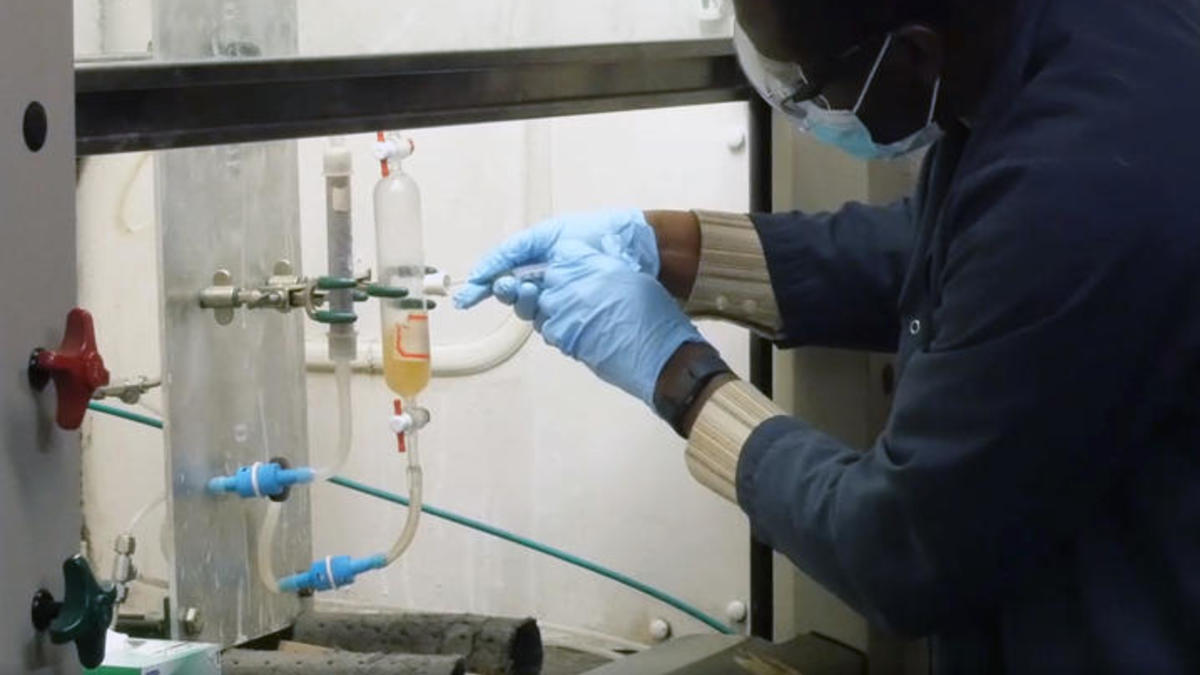 The University of Kentucky Center for Applied Energy Research (CAER) received $1.3 million from the U.S. Department of Energy’s National Energy Technology Laboratory (DOE-NETL) to develop technology that will capture carbon dioxide directly from the atmosphere.

Partnering with CAER on the project will be Vanderbilt University, the Electric Power Research Institute (EPRI), the Low-Carbon Resources Initiative (LCRI), and Louisville Gas and Electric Company and Kentucky Utilities Company (LG&E and KU) — part of the PPL Corporation family of companies. PPL is an anchor sponsor of LCRI, a joint, five-year effort led by EPRI and the Gas Technology Institute (GTI) focusing on identifying, developing and demonstrating affordable pathways to economy-wide decarbonization. In 2021, PPL President and CEO Vincent Sorgi was named chair of the LCRI Board Working Group.

This direct air capture project will leverage technology and innovation previously developed at UK by CAER’s Power Generation Research Group. CAER began its carbon dioxide capture program in 2006 with seed funding from LG&E and KU and has since established itself as a global leader in developing CO2 capture technology. In 2014, CAER constructed a pilot-scale carbon capture unit at LG&E and KU’s E.W. Brown Generating Station, which is one of few carbon capture systems in operation today at power plants in the U.S.

“We are proud to continue this successful collaboration with UK CAER that supports our commitment to achieving net-zero carbon emissions by 2050 while keeping energy reliable and affordable for our customers,” said Sorgi.

CAER will be developing an intensified, cost-effective and scalable process using aqueous potassium hydroxide (KOH) as capture solvent for direct air capture. The process employs a hybrid membrane absorber coupled with an electrochemical solvent regenerator that extracts CO2 from air, enriching carbon content in the solution after capture. The system will then release the CO2 back into the electrochemical regenerator and produce a stream of hydrogen. The hydrogen could then be sold to offset the direct air capture cost.

“Direct air capture is the next great challenge in reducing carbon dioxide in the atmosphere,” said Kunlei Liu, associate director for research at CAER and an associate professor of mechanical engineering in UK’s College of Engineering. “Direct air capture technology provides the ability to grab CO2 from mobile sources, such as automobiles. If we can capture CO2 directly from the air while simultaneously producing a needed stream of hydrogen, this could make a major, global difference.”

Compared to the state-of-the-art solvent-based and solid-based direct air capture processes, it is believed that the proposed CAER process will immediately lead to a simplified capture process with a significant reduction in both the capital and operating cost while producing hydrogen as a saleable byproduct, Liu said.

In addition to developing direct air capture technology, this collaborative research team will also look at the engineering design systems for utilization and storage of carbon dioxide from air.