The camp was funded by alumnus L. Stanley Pigman (BSMNG 1981) and his wife, Karen. Both were on hand for various events and activities during the week.

From July 27-30, 2021, 51 rising high school sophomores, juniors and seniors from eastern Kentucky made the University of Kentucky their home for the Pigman Scholars Camp. Over their four-day stay, campers received a good look at UK’s campus, the College of Engineering and the city of Lexington. For many in attendance, the trip afforded them their first time visiting UK.

“The Pigman Scholars Camp was an incredible experience for our students,” said Katie Bailey, a teacher at Floyd County School of Innovation who accompanied the campers during the week. “I loved seeing the students’ excitement and hearing them discuss becoming future Engineering Wildcats.”

Students came from Belfry High School, Floyd County School of Innovation, Harlan County High School, Johnson Central High School and Pikeville High School. The camp was funded by alumnus L. Stanley Pigman (BSMNG 1981) and his wife, Karen. Both were on hand for various events and activities during the week.

“Many of these kids love learning and possess the determination to succeed but they need to be able to see new environments that open up possibilities for them,” said Mr. Pigman. “That’s why it’s so important to get them onto UK’s campus, let them see the labs, let them sleep in the incredible new dorms and let them begin to imagine what it would be like to take that journey.”

In addition to tours, information sessions and even an all-campus scavenger hunt, campers experienced hands-on engineering activities such as 3D printing a UK nightlight and constructing a tower according to specified needs. Campers also received insight from current students through mentors and student panels.

“I love how interactive this camp has been. You’re learning, but you’re also having fun, enjoying yourself and socializing with others. The people here have made it such a blessing,” said Brylie Pennington, a junior at Floyd County Innovation School with an interest in computer science. “It’s a great way to learn about engineering and all the different pathways you can go into.”

Campers stayed in Woodland Glen III, home of the College of Engineering’s Living Learning Program. The residence hall is one of several student housing options opened since 2015.

“Woodland Glen III is the best I’ve ever seen,” said Alex Begley, a junior at Floyd County Innovation School. “I’ve been to numerous camps and nothing compares to this.”

Mary-Michael Deskins, scholarship director for the UK College of Engineering, said, “The Pigman Scholarship is truly a phenomenal opportunity for students in so many ways. Not only does it provide financial support to students who could not otherwise attend UK, it also provides mentorship from the Pigmans and former Pigman scholars. Between the funding and the guidance from folks who have been in the students’ shoes, Pigman scholars are given the tools to be successful in their college careers, their professional careers and even beyond.”

The Pigmans and UK faculty and staff who invested themselves in the camp’s success hope these four days sharpen the attendees’ vision to see themselves as future engineers.

“By hearing from current students, UK alumni and engineers within the workforce, the students were given insight into career opportunities in the field of engineering,” said Cassinda Bechanan, a recruiter for the UK College of Engineering. “I was so enthusiastic to see students get excited about the field of Engineering.”

All photos by Eric Sanders, UK College of Engineering 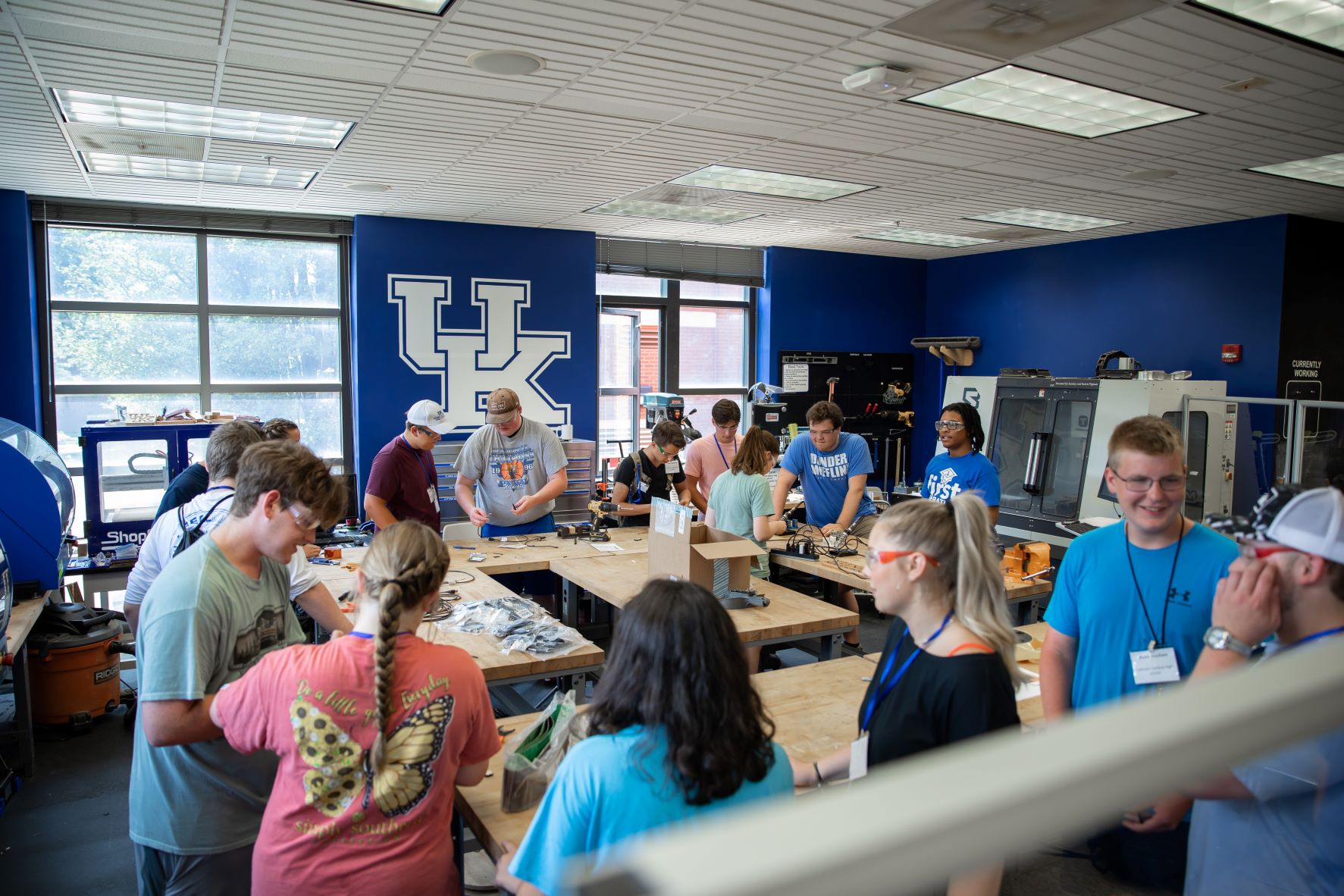 Campers in the College of Engineering's Innovation Center 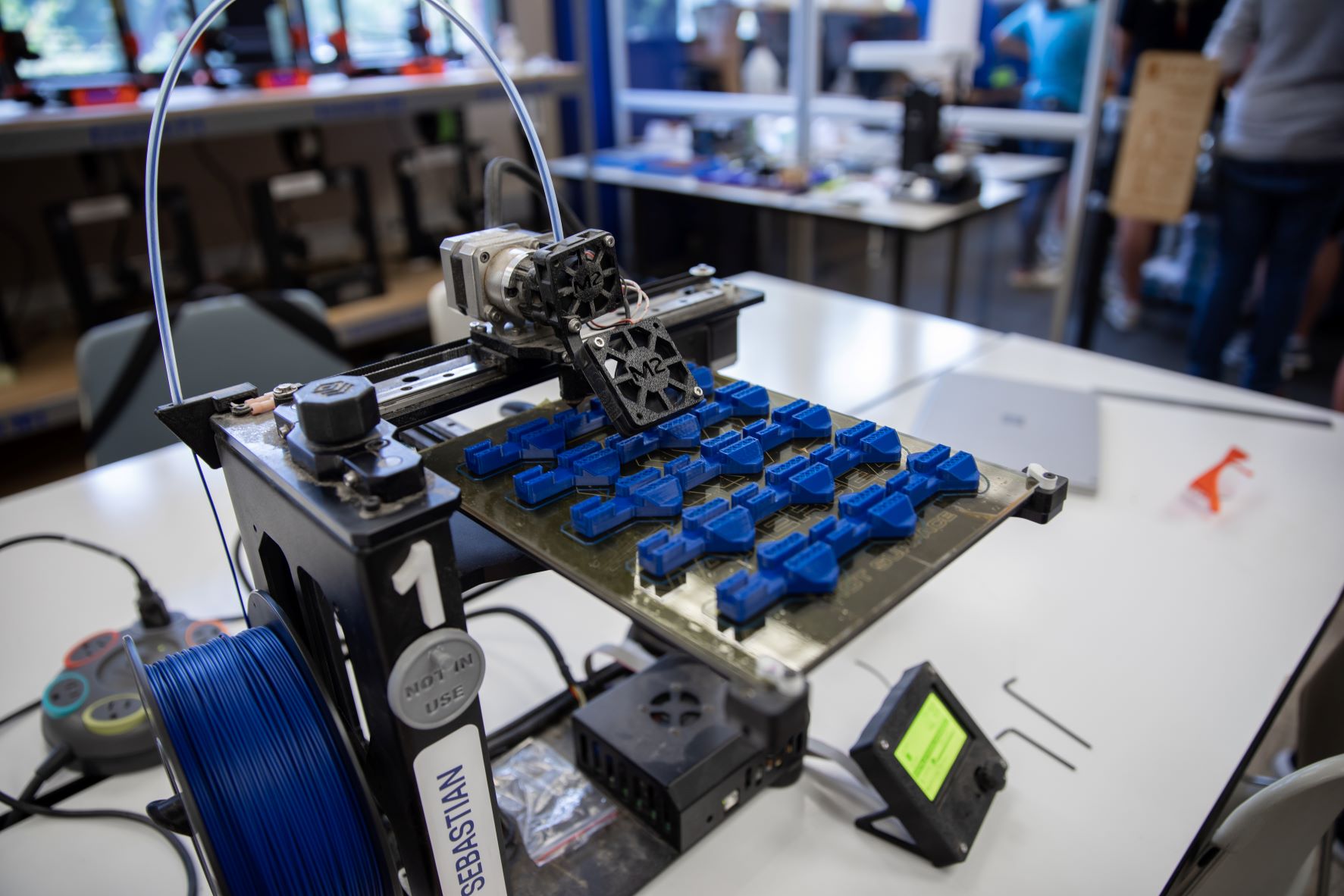 3D printing in the Innovation Center 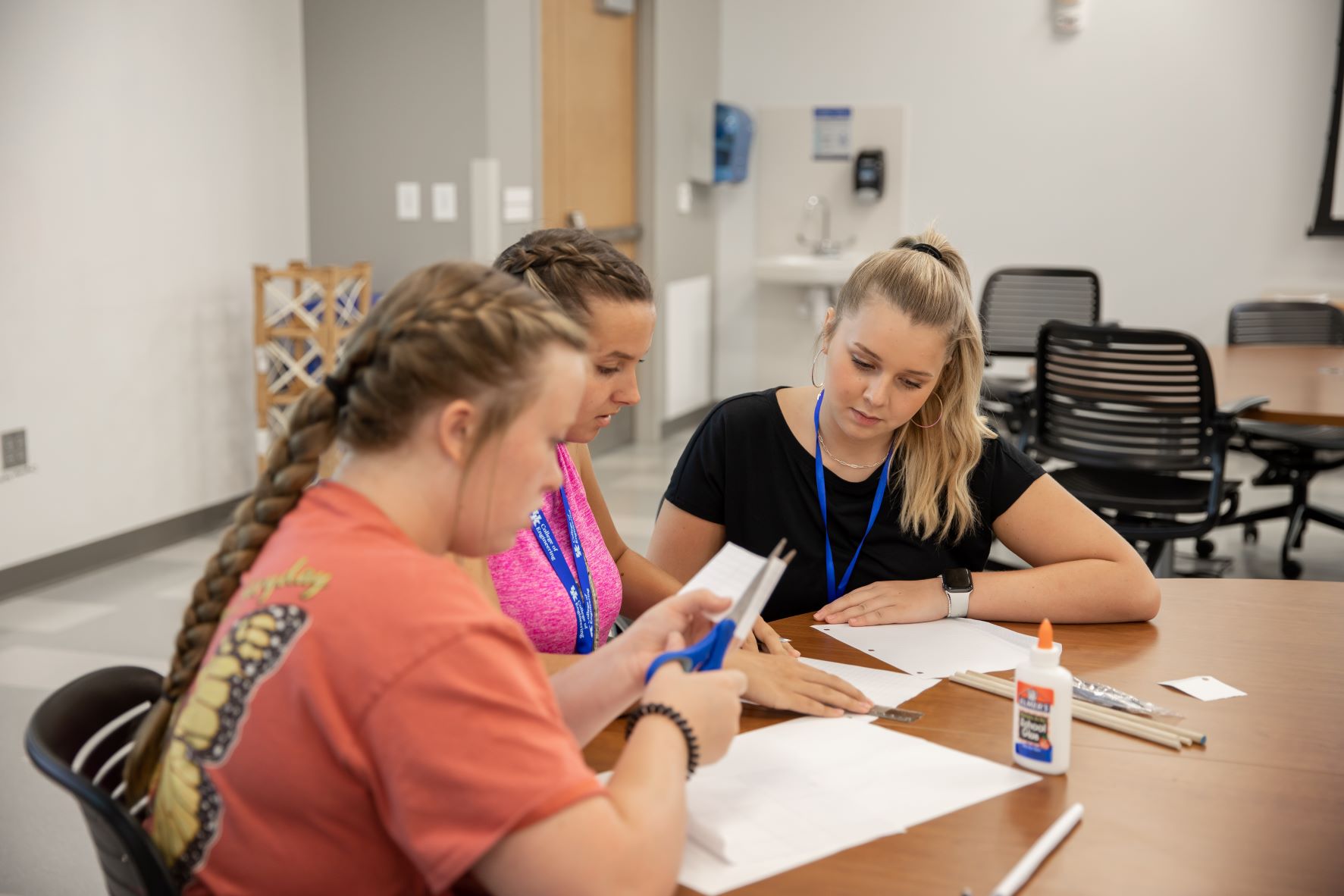