Sean Bailey, associate professor in the Department of Mechanical Engineering, is principal investigator for a wind probe from the University of Kentucky. 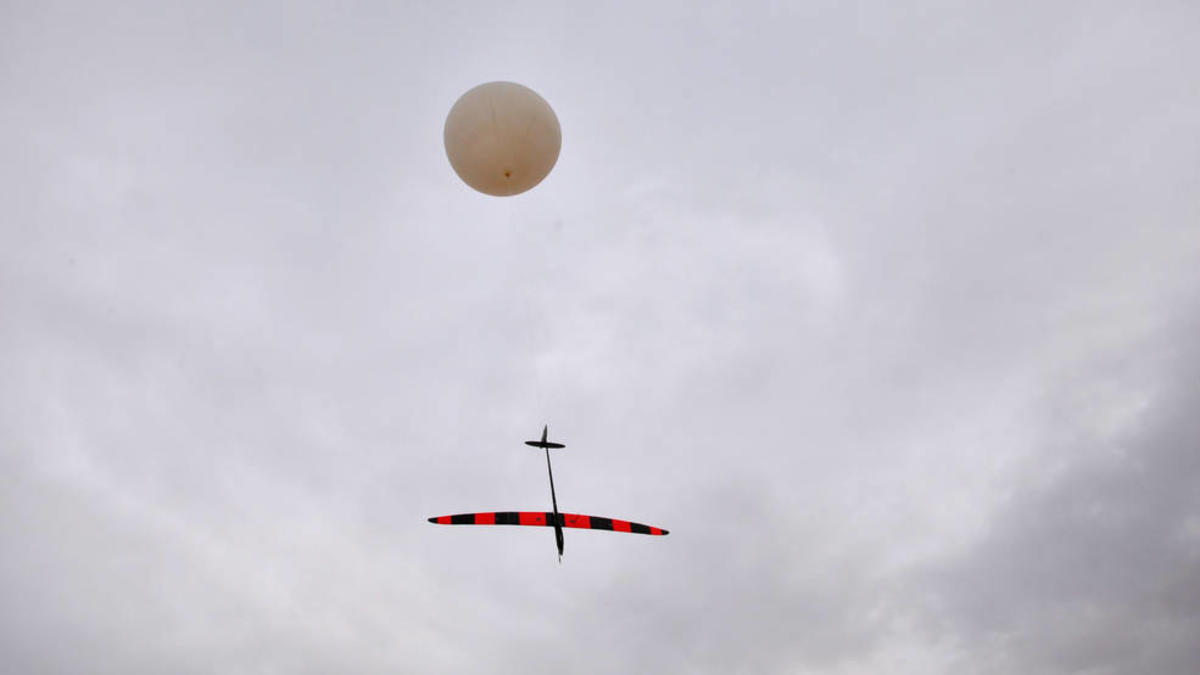 The uncrewed HiDRON stratospheric glider from Stratodynamics is designed to release from a sounding balloon at near-space altitude, enabling a controlled descent for technology payloads aboard. Credits: Stratodynamics, Inc./UAVOS

In a series of flights between June 1 and 6 Stratodynamics Inc. of Lewes, Delaware, launched its HiDRON stratospheric glider from a high-altitude balloon at Spaceport America in New Mexico carrying technology supported by NASA’s Flight Opportunities program for the first time. Flying aboard were technologies developed by the University of Kentucky in Lexington and NASA’s Langley Research Center in Hampton, Virginia that aim to help researchers improve turbulence detection capabilities.

“Currently, commercial aviation relies on meteorology and pilot reporting to predict and communicate areas of turbulence that other piloted aircraft might encounter,” said Sean Bailey, principal investigator for a wind probe from the University of Kentucky. “So, we hope to fill gaps in currently available methods of turbulence detection, which should benefit unpiloted drones, low-Earth orbit spacecraft, and aviation overall.”

The series of flights aimed to help researchers assess the performance of both the wind probe and an infrasonic microphone sensor, developed by researchers at Langley, including co-Investigator Qamar Shams, and which Stratodynamics licensed from NASA in 2020. Together, the instruments are designed to aid turbulence detection for remote-piloted and autonomous aerial vehicles, including commercial aircraft and on-demand delivery drones.

While the company has conducted pre-flight testing with the licensed sensor, the recent flights were a culminating flight campaign, enabling cross validation of the sensor with the university’s wind probe. The HiDRON glider enabled the instruments to capture wind velocity, direction, magnitude, and low-frequency sound waves in a flight environment not possible with conventional balloon-borne wind measurements.

“The advantages of using this type of aircraft – a balloon launch with a glider recovery – has a lot to do with the conditions needed to test our instruments,” said Sean Bailey, principal investigator for the innovation at the University of Kentucky. “The sensitivity of the sensor actually increases with increasing velocity. So, it’s not something you could get to work on a conventional balloon because the air flow wouldn’t be fast enough.”

Bailey explained that the glider’s velocity – which reached a top speed of more than 300 miles per hour – enabled the instruments to pick up small, subtle changes induced by turbulent fluctuations. The glider was released at an altitude of 25 km on the first two flights, and at 30 km on the final flight with successful gliding at 28 km. The wind probe and sensor remained fully operational for the duration of each flight and researchers will process the resulting data to validate the technology’s performance over the next few months.

The university selected Stratodynamics as the flight provider as part of a proposal for funding under NASA’s Tech Flights solicitation. Open to U.S.-based industry, academia, and other non-NASA government organizations, the solicitation provides awardees a grant or collaborative agreement allowing them to purchase flights directly from the U.S. commercial flight provider that best meets their needs.

“The Tech Flights solicitation has brought to the forefront new and innovative flight providers,” said John Kelly, program manager for Flight Opportunities. “With each new available flight profile – such as this hybrid, high-altitude approach – researchers supported by the program have an even broader range of relevant flight environments available for testing.”

“Stratodynamics is proud to be collaborating with NASA and participating in the pioneering framework that the Flight Opportunities program provides,” said Nick Craine, the company’s business development lead. “The program enables us to offer our energy-efficient aerial platforms and high-altitude expertise to more collaborators such as the University of Kentucky, advance new technologies and research, and provide cost-effective access to the stratosphere at a fraction of the cost of piloted scientific aircraft.”