AIIDE is one of the top academic conferences for publishing research on artificial intelligence for games and game-adjacent areas such as training simulations. 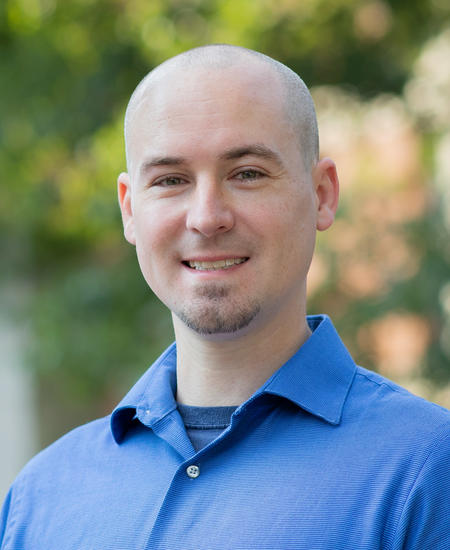 Computer science assistant professor Stephen Ware and three of his Ph.D. students have had three academic papers accepted to the 16th AAAI International Conference on Artificial Intelligence and Interactive Digital Entertainment (AIIDE). AIIDE is one of the top academic conferences for publishing research on artificial intelligence for games and game-adjacent areas such as training simulations. Only 25% of papers were accepted for full oral presentation this year.

Ware leads the Narrative Intelligence Lab, which conducts artificial intelligence research related to interactive stories that adapt to the player. Ware’s lab develops algorithms for narrative planning—computer programs that decide what actions the artificial characters in a virtual world (like a game or training simulation) should take to seem realistic and meet the game designer's requirements for story development.

You can read a short summary of each paper below.

Title: A Formalization of Emotional Planning for Strong-Story Systems

Summary: We describe an algorithm for deciding what emotions artificial characters should feel based on what happens to them and how they should react. Previous algorithms like this only allowed characters to do things that would improve their utility (i.e. increase their score), but this allows them to act on emotions like hope and fear, both for themselves and for friendly agents.

Title: A Good Story Is One in a Million: Solution Density in Narrative Generation Problems

Summary: An interactive story is a series of actions taken by the player and by the world's artificial characters. When you consider all the possible sequences of actions that could possibly happen, and there are A LOT, most of them don't make sense based on the goals of the characters or the goals of the game's designer. This paper examines different ways to define and generate actions that do make sense.

Summary: In previous work, we developed an algorithm for deciding what realistic characters should do based on what they want (i.e. their intentions) and their (possibly wrong) beliefs about the world. In this paper, we show that if you don't know what a character wants or believes you can infer it based on what actions they take. Originally scheduled to take place in Boston, Massachusetts, AIIDE will be held virtually due to the COVID-19 pandemic.

You can learn more about the Narrative Intelligence Lab here.