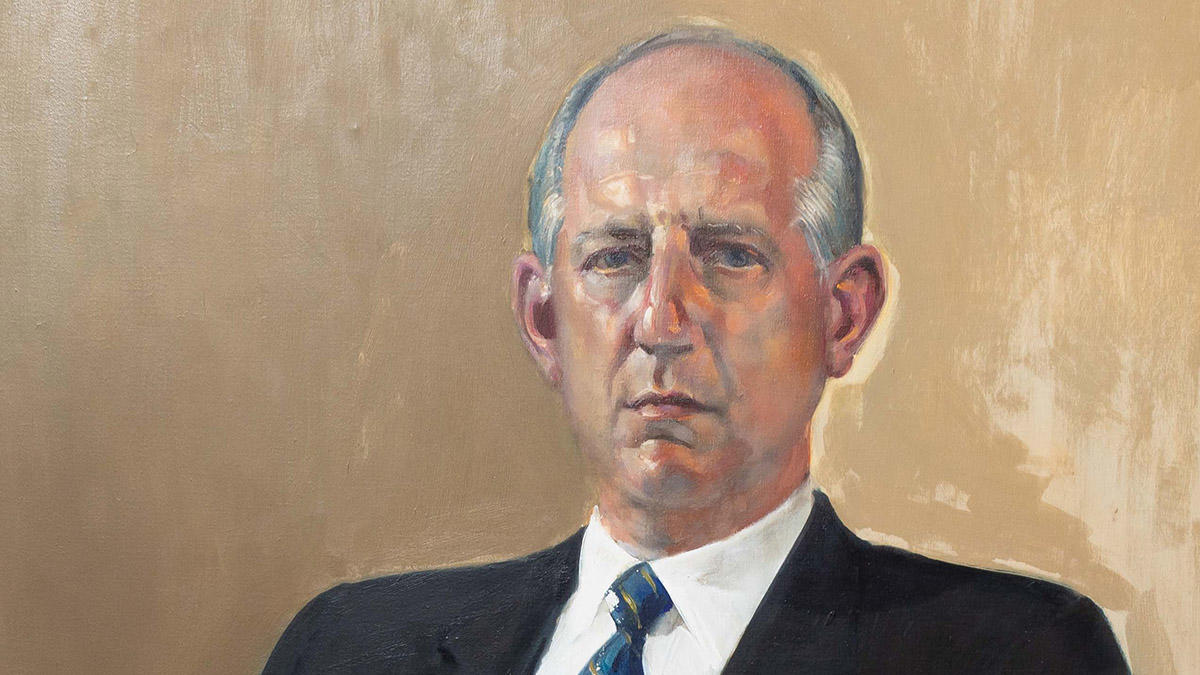 With roots in Eagle Cliff, Georgia, Dr. Drake was raised in Lexington, Kentucky, where he earned an undergraduate degree in mechanical engineering at the University of Kentucky. During his time as an undergraduate student, Dr. Drake was part of the National Honorary Military Organization as a cadet captain, and a member of the American Society of Mechanical Engineers.

Shortly after graduating in 1942, Dr. Drake enlisted in the U.S. Army Air Corps during World War II. After his military service, Dr. Drake attended the University of California, Berkeley and obtained master’s (1946) and doctoral (1950) degrees in mechanical engineering. He became a member of the engineering faculty at Berkeley from 1947 to 1955. He later became supervisor of turbine air design for the General Electric Company from 1954 to 1956.

Over two decades after graduating from UK, Dr. Drake was back at UK as Dean of the College of Engineering in 1966. This followed a stint as chairman of the Department of Mechanical Engineering at Princeton University. He held his position as dean until 1971 when he turned to his industrial pursuits. Dr. Drake eventually became corporate vice president for research and development for Combustion Engineering Inc. and later founded five high technology startup firms.

Dr. Drake was a member of the American Society of Mechanical Engineers and the American Institute of Astronautics and Aeronautics and served on their technical committees. He was also elected as a Fellow in the American Society of Professional Engineers in 1973, elected to the National Academy of Engineering in 1974, elected a Member of the Hall of Distinguished Alumni of the University of Kentucky in 1975 and elected to the University of Kentucky College of Engineering Hall of Distinction in 1995. Dr. Drake also published more than 150 technical research papers, reports, major addresses and co-authored three books.

“Robert Drake returned to his alma mater at the behest of President John Oswald during a time of profound change at UK,” said former College of Engineering dean Thomas Lester. “During his relatively short term as dean, he recruited a cadre of outstanding faculty who would provide the intellectual leadership for the college for the next four decades. He led the implementation of an array of doctoral programs supported by externally supported research programs. He was truly the father of the modern College of Engineering at UK.”