Thomas Dziubla has taught at UK since 2006 and served as director of graduate studies for chemical engineering from 2013-2018. 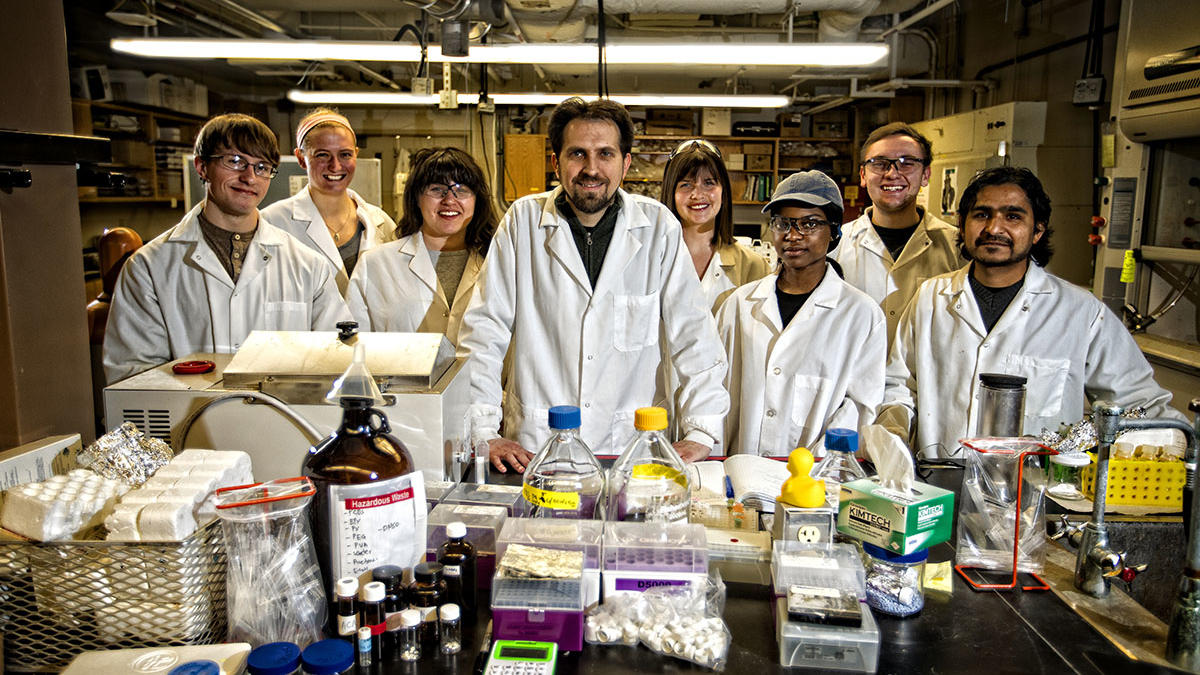 Dziubla received a B.S. in chemical engineering from Purdue University in 1998 and a Ph.D. in chemical engineering from Drexel University in 2002. From 2002–2004, Dziubla was an NRSA postdoctoral fellow in the Institute for Environmental Medicine at the University of Pennsylvania School of Medicine under the guidance of Dr. Vladimir Muzykantov, where he worked on the design of degradable polymeric nanocarriers for the delivery of antioxidants.

Dziubla’s research group is interested in the design of new functional polymeric biomaterials which can actively control local cellular oxidative stress for improved biomaterial integration and disease treatment. He holds five patents, has authored over 75 peer-reviewed publications, edited a book on oxidative stress and biomaterials and is an associate editor of the Journal of Biomedical Materials Research Part B: Applied Biomaterials. Along with Gill Eminent Professor of Chemical Engineering Zach Hilt, Dziubla is the co-founder of Bluegrass Advanced Materials, LLC, a company that is currently developing and commercializing technologies based upon research from their laboratories. The American Institute for Medical and Biological Engineering (AIMBE) inducted Dziubla into its College of Fellows in March.

Dziubla succeeded professor Douglass Kalika, who now holds the title of Faculty Fellow and is interim director of the First-Year Engineering program.