The C.A.T.S. in the program name stands for Computer Access to Succeed. Corey Baker, assistant professor in the UK Department of Computer Science, played an integral role in the program's creation. 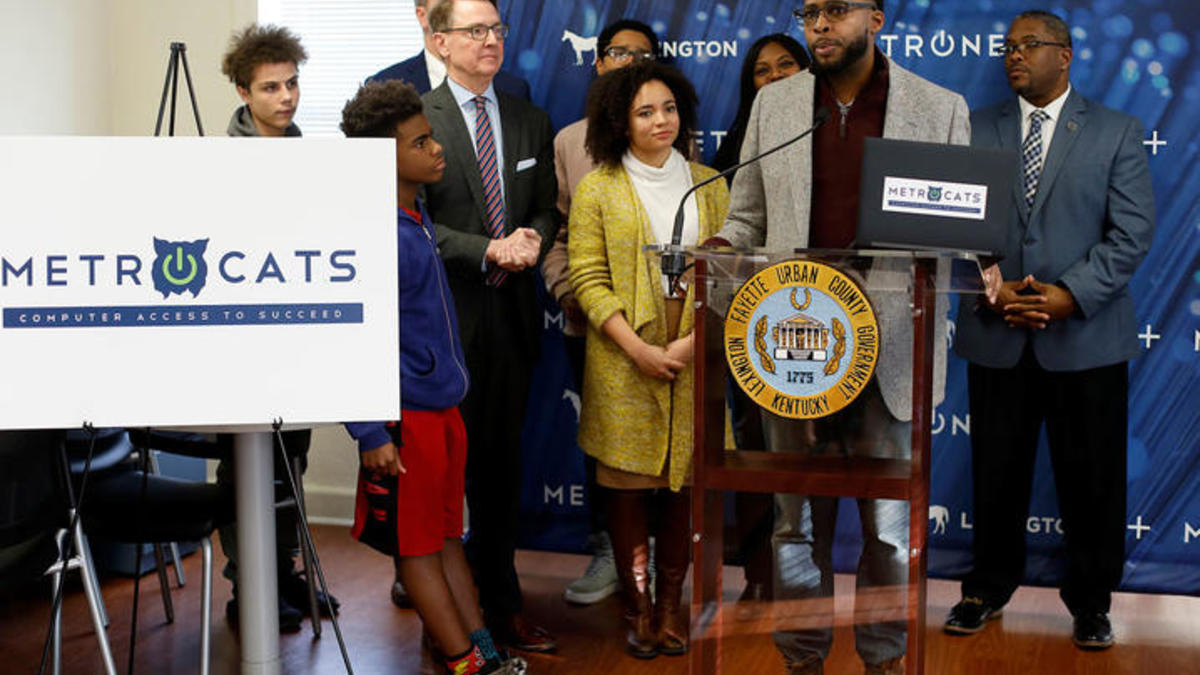 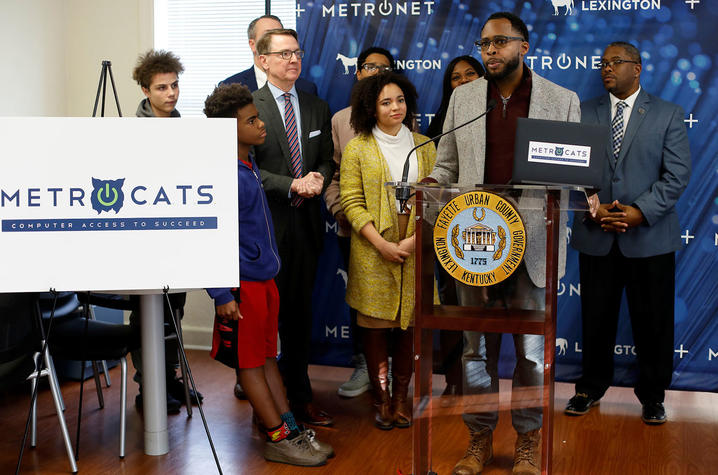 By Susan Straub and Lindsey Piercy

LEXINGTON, Ky. (Dec. 10, 2018) — Mayor Jim Gray has announced that MetroNet and the City of Lexington have partnered to create METRO C.A.T.S., a gig-fueled after-school course for Lexington Traditional Magnet School students (LTMS) at the Charles Young Center. The program, to begin in January, deploys students from the College of Engineering at the University of Kentucky to teach middle school students about digital literacy and, eventually, computer programming.

The C.A.T.S. in the program name stands for Computer Access to Succeed. The team that created the unique program was led by Susie Smith, a UK senior, while she was a Fellow in Mayor Gray’s office during the summer of 2018. Corey Baker, assistant professor of computer science, also played an integral role.

"All of these groups have recognized the importance of students having equal access to opportunities, the issue at heart here. The world is changing and technology skills are only going to become more important — but not all students have the ability to learn how to utilize technology in school," Smith continued. "That’s why I wanted to start this program — to make sure that students across Lexington and Fayette County were being prepared for the future in an equitable way."

METRO C.A.T.S was sparked by MetroNet’s offer to provide free gigabit-speed internet service as well as four computers to the Charles Young Center, located in Lexington’s East End. “We pursued our gigabit city project so vigorously because we wanted all Lexington’s businesses, residents and students to have access to world-class internet speeds that take them as far as their minds can imagine,” Mayor Gray said. “And now, with this generous gift from MetroNet, and the involvement of UK and LTMS, we are creating the first of many initiatives that leverage our new gigabit speeds.”

Kevin Stelmach, executive vice president of MetroNet, was on hand for the announcement and said, “We are so happy to provide gigabit service and computers to the Charles Young Center — a special gathering place in Lexington. Working with Mayor Gray’s office, UK and LTMS to create METRO C.A.T.S. has been the kind of partnership we had hoped for when we first joined the Lexington community. And we look forward to much more.”

Council member James Brown, whose district includes the Charles Young Center, added, “For the East End, this is a tremendous opportunity to bring education and world-class technology to our students. “It’s exciting that this new high speed infrastructure will enhance the community’s experience at Charles Young and make the center a tech resource for the neighborhood.”

Courses will evolve over time, but at the outset will focus on digital literacy for middle-school-aged kids, with students chosen by LTMS. Each week, two classes of eight each will be taught by UK undergraduate engineering students — who will receive credit for teaching the courses.