Six Inducted into Hall of Distinction

On April 13, the University of Kentucky College of Engineering inducted six new members into its Hall of Distinction. 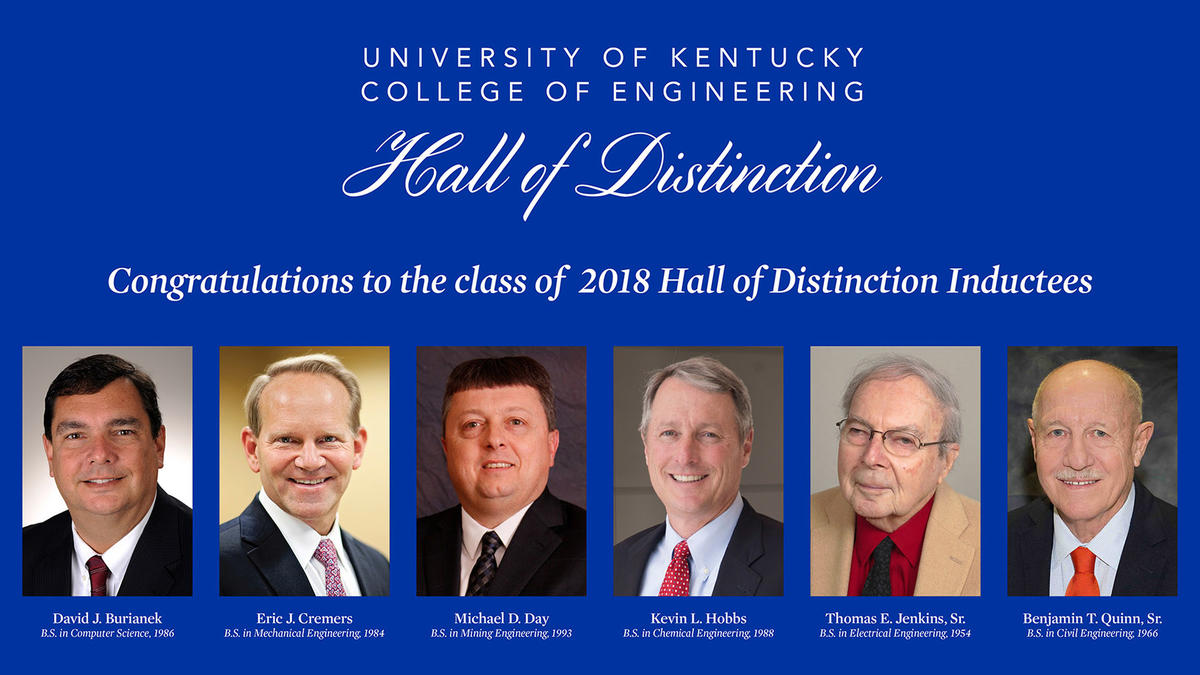 On April 13, the University of Kentucky College of Engineering inducted six new members into its Hall of Distinction. 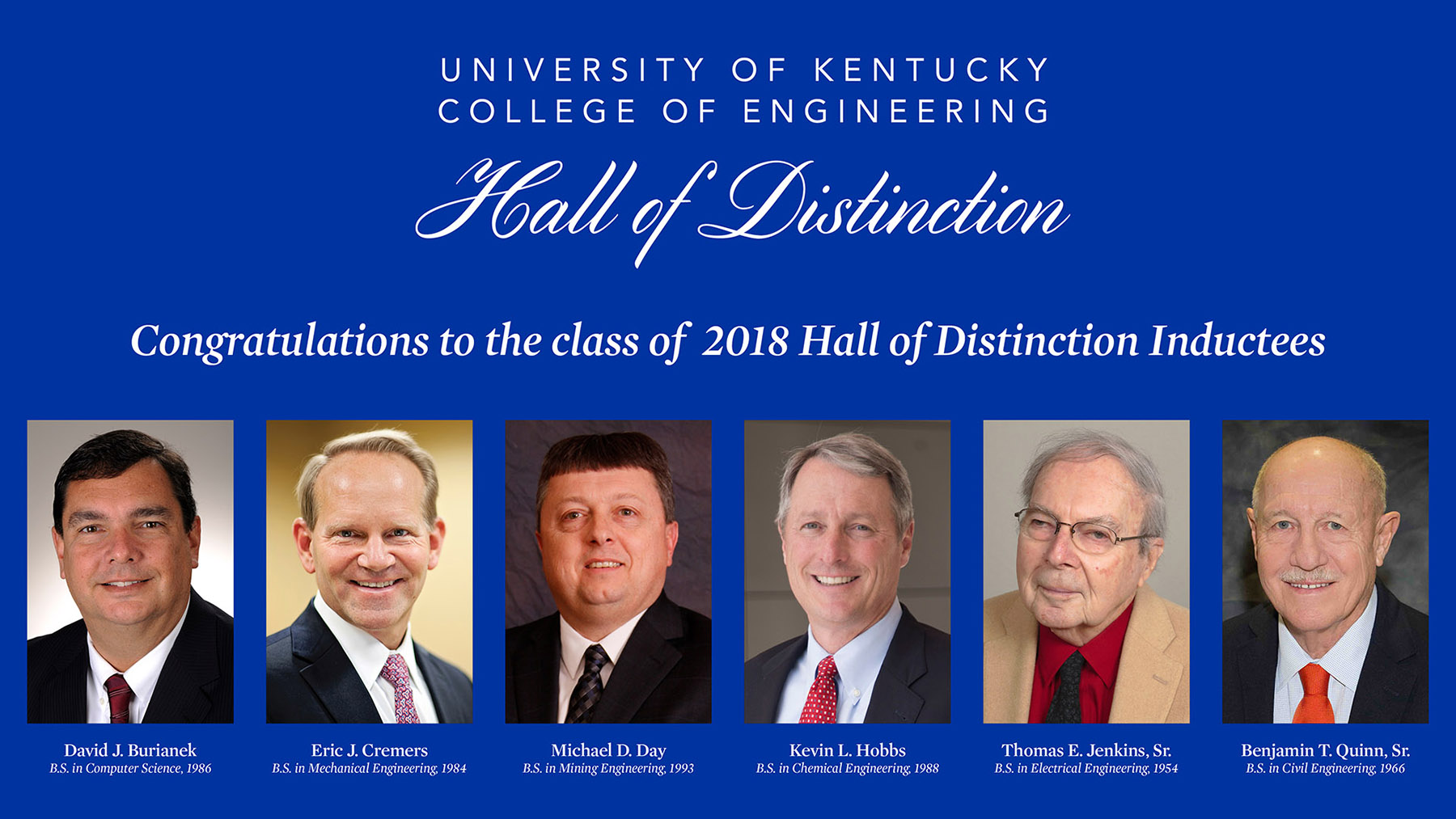 Initiated in 1992, the Hall of Distinction recognizes and honors those alumni who have demonstrated distinguished professional accomplishments, outstanding character and commitment to community service. This recognition serves to encourage exemplary achievements by current students and others. It is a symbol of the respect and admiration held by the University of Kentucky College of Engineering for these esteemed individuals.

After 15 years with GE and GE Capital, Burianek took his Six Sigma and IT background to an entirely different field—health care—when Humana recruited him to join its consulting practice. While at Humana, he held leadership roles in several departments: consulting practice, clinical services, operations including claims/critical inquiry/correspondence/grievance and appeals units, and clinical quality. His work as the vice president of clinical quality led to Humana being recognized as a leader in Medicare quality designated by the Centers for Medicare and Medicaid stars program. In 2016, Burianek was recruited to be Anthem’s vice president of corporate clinical quality management. He identifies the most rewarding part of this role as helping others improve their health. Anthem has over 40 million customers within its family of health plans. Michael Day is president and chief executive officer for ArcelorMittal Princeton Operations, a position he has held since 2017. A third-generation coal miner, Day’s career began with Leeco in London, Kentucky. He moved to Arch Coal in 1995, where he served as production supervisor, superintendent, manager of engineering, director of process improvement and mine manager. He joined Magnum Coal in 2006 as general manager of its Logan County operation and was promoted to director of operations one year later. Hired by Patriot Coal in 2008, Day held a number of senior-level positions including executive vice president of operations and chief operating officer. Prior to accepting his current position, Day served as senior vice president of WV Technical Services Blackhawk Mining. Throughout his 33-year career at GE, Thomas Jenkins strove to increase the standard and quality of living through constant productivity increases, creativity and commitment. He specialized in dishwasher and refrigerator project management, developing six major projects that required several hundred million dollars to implement, as well as over 55 patents for GE. Jenkins’ innovations reduced consumer cost and energy consumption and helped GE become a leader in the marketplace. Among Jenkins’ honors, he received five managerial awards and two Inventor of the Year awards. In addition, he received the prestigious Steinmetz Award, which is given biennially to six engineers from among GE’s entire engineering workforce. As a result of all he accomplished, Jenkins was inducted into the GE Inventor Hall of Fame. Ben Quinn is CEO of American Engineers Inc., a company he founded in 1983. Throughout his 50-year career, Quinn’s goal has been to improve transportation in Kentucky and the Southeast. As CEO, Quinn is involved with strategic growth and financial affairs pertaining to the business. AEI has four offices, 42 registered engineers and over 125 employees with offices in Glasgow, Kentucky; Louisville, Kentucky; Owensboro, Kentucky; and Kennesaw, Georgia. In addition to growing AEI, Quinn has had many opportunities to be partner, owner and founder of several other business entities. These include commercial and residential development as well as a solar farm in California that serves San Diego State University. He is also sole owner of AEI Marketing, Inc., a company serving the marketing world.