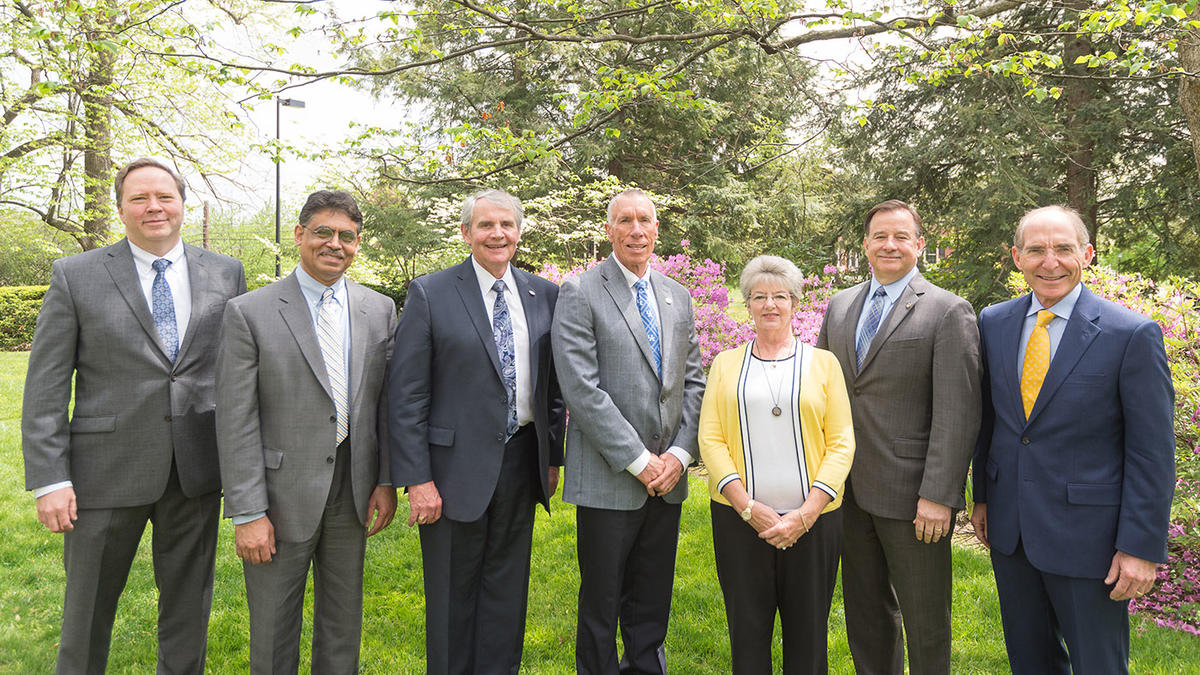 The induction ceremony is open to the public and will take place at 2 p.m., in the auditorium of the William T. Young Library on the UK campus, located at 401 Hilltop Ave., in Lexington.

Allan W. Brown (B.S. in electrical engineering, 1987) is vice president and program director of Boeing’s Missile Defense National Team. His demonstrated expertise successfully led teams of talented people to address the national need for defense against intercontinental ballistic missiles and created a culture to provide a solid systems engineering foundation resulting in superior mission effectiveness for the entire Ballistic Missile Defense System. Brown’s leadership roles at Boeing have given him a reputation for setting the direction for engineering solutions in the nation’s missile defense architecture and in other key national defense systems that have long-term effectiveness. Brown has received several National Security Program awards, as well as several technical and management honors. He also holds an MBA from the Cox School of Business at Southern Methodist University.

Todd Johnson (B.S. in metallurgical engineering and materials science, 1979) is part owner and vice president of technical services at Alexin LLC in Bluffton, Indiana, an aluminum billet casting company he opened with business partners in 2008. In spite of the severe recession that followed, Alexin not only survived, but prospered. The company currently employs more than 90 team members and offers one of the best benefits packages in their community. At Alexin, Johnson is responsible for the metallurgical and quality processes of the facility. In his career, he has learned nearly every aspect of the aluminum industry while working at several prominent aluminum companies, including ARCO, Logan Aluminum, Alcan and Alcoa. In addition to Alexin, Johnson has participated in the design, building and startup of greenfield facilities in Kentucky, Texas and Spain.

Aside from close friends and family, few people know that the man responsible for revitalizing the bourbon industry actually graduated with an electrical engineering degree from UK. Elmer T. Lee graduated with honors in 1949 and proceeded to take a position with George T. Stagg Distillery in Frankfort (renamed Buffalo Trace in 1999). Over the next 36 years, Lee established a career that would equate his name with premium bourbons. In 1969, he became the distillery’s first master distiller. In 1984, Lee created Blanton’s Single-Barrel Bourbon, which became the first single barrel bourbon to be sold commercially. One of the highest-rated bourbons available, Blanton’s marked the beginning of a renewed interest in bourbon and sparked the industry’s comeback.

Since 2015, Javaid Masoud (B.S. in computer science, 1982) has been chief technical officer at Cellnovo, leading the world’s first mobile diabetes management system. He works closely with industry and leading academic institutions in United States, France and United Kingdom on artificial pancreas projects to treat Type 1 diabetes by implementing artificial intelligence algorithms in the system. Prior to joining Cellnovo, Masoud spent 20 years at Medtronic, a global leader in medical technology and services. Masoud’s cumulative achievements were recognized when he was awarded the Medtronic Technical Fellow designation, the company’s highest technical honor. He received numerous other honors, including Medtronic’s Star of Excellence, the Customer Focus Quality and the Initiative Creativity Excellence awards. Masoud has been granted 20 patents and has 32 patent applications submitted.

Mark Whitley (M.S. in chemical engineering, 1975) has become widely known for revolutionizing the energy industry by the application of fracturing technology (popularly known as fracking) to shale formations across the United States. During Whitley’s 20 year career with Mitchell Energy Corporation and Devon, he led the engineering team that perfected the use of slick water fracks used to develop oil and gas in the Barnett Shale and assisted other companies in acquiring Barnett Shale assets. He joined Range Resources in 2005 to start their Barnett Shale activity as well as evaluate and develop the Marcellus Shale, which has become the largest producing shale field in the world. Whitley is currently president and chief executive officer of Chisholm Energy Holdings, a new startup company headquartered in Fort Worth, Texas.

Through their extraordinary achievements, UK alumni have established a lasting legacy of excellence. Over 24,000 individuals have earned engineering and computer science degrees from the University of Kentucky. Established in 1992, the Hall of Distinction recognizes and honors those alumni who have demonstrated distinguished professional accomplishments, outstanding character and commitment to community service. This recognition serves to encourage exemplary achievements by current students and others. It is a symbol of the respect and admiration held by the UK College of Engineering for these esteemed individuals. For more information, contact Kel Hahn at 859-257-3409 or kelly.hahn@uky.edu.