Two mechanical engineering students of the University of Kentucky College of Engineering Paducah Campus have been selected to present their research at the National Conference on Undergraduate Research, scheduled for April 6-8 at the University of Memphis. 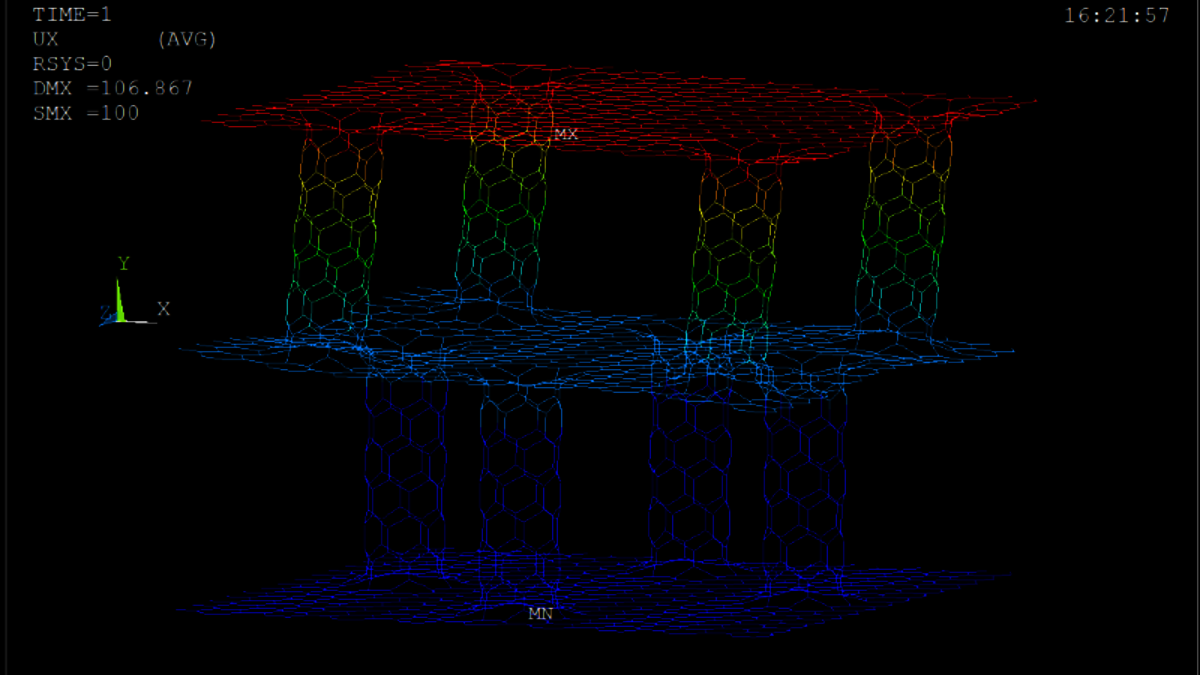 But Jordan Garcia and Tyler Stoffel are anything but typical.

The two mechanical engineering students of the University of Kentucky College of Engineering Paducah Campus have been selected to present their research at the National Conference on Undergraduate Research, scheduled for April 6-8 at the University of Memphis.

When they started their research alongside Y. Charles Lu, a mechanical engineering professor, neither knew what kind of opportunities awaited them, and they certainly didn’t expect to be working on materials that could potentially be used in spaceships.

“One of the materials we are developing is a carbon-based nanomaterial,” Lu said.

He explained that Stoffel and Garcia have been working on a material called graphene and how to form the particles into tubes on a thin sheet.

Layering the sheets would theoretically allow for strong, yet lightweight fillers between the walls of spaceships and airplanes.

“If you’ve ever heard someone talk about the strongest material known to man and it’s one atom thick, they’re talking about graphene,” Stoffel said.

Now juniors, the pair began working with Lu a year ago. Garcia said the two of them had been working on homework one afternoon in what many students call the “fishbowl,” when one of the staff members opened the door and asked the large group if anyone was interested in conducting research.

“It was really intimidating,” Stoffel said. Intimidation, however, wasn’t enough to keep them from trying. “We looked at each other and said, ‘Let’s give it a shot.'”

This gave the students a chance to work with Lu, who has a doctorate in engineering sciences and three master’s degrees in mechanical engineering, material science and mathematics.

Lu was impressed with the students.

“Sometimes when you ask students to do research, they say no, they are too busy,” he said.

Despite their rigorous schedules, Stoffel and Garcia could be found in the lab day and night, even going so far as to say they lived there. They constantly tweaked their research, funded by a NASA undergraduate fellowship.

Both Garcia and Stoffel have been interested in engineering for several years. Stoffel, a native of Wisconsin, is the son of an engineer and said engineering is in his blood.

“I just really enjoyed building stuff, understanding how stuff like this works,” he said.

Garcia graduated from Graves County High School and his father is a lawyer from Mexico.

“I didn’t really like the idea of being a lawyer,” Garcia said.

“I liked machining and working on materials. Whenever I see something like this where some scientist came up with this theory and said, ‘Hey this thing is capable of so much,’ well, I say put it to use.”

Both students plan to get their master’s degree, knowing that it will be important if they want to continue research. Until then, they’re continuing to prepare for their presentations at NCUR.

This article was originally posted in The Paducah Sun.