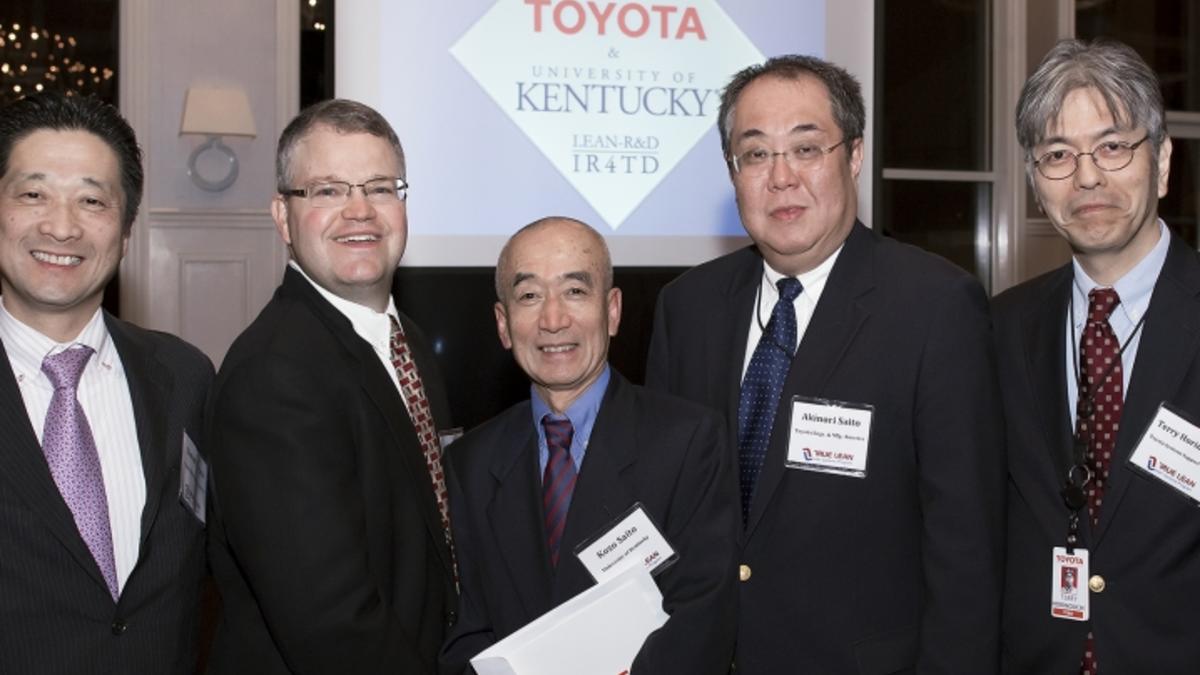 The International Prize of CSJ is given to a famous combustion scientist living outside of Japan who has contributed greatly to the CSJ and Japanese combustion community, according to Osamu Fujita, vice president of the Combustion Society of Japan, in a letter to Saito.

Among other distinguished combustion researchers from Australia, Korea and the U.S., Saito is the fourth recipient of the International Prize of CSJ. He was honored for impacting the combustion community across the world, and especially for his contribution to the Japanese community.

"I feel I am truly honored to receive this award not only based on my technical contribution, but also recognizing my basic philosophy to serve as an ambassador to make a bridge between American and Japanese combustion scientists and engineers," said Saito.

Saito credits Leona Ezaki, a Nobel Prize winning physicist at IBM who later became president of Tsukuba University in Japan, and Fujio Cho, Toyota Motor Corporation’s former president and current honorary chairman of the board, for inspiring his role as an ambassador between the U.S. and Japan.

A message broadcast by Ezaki in New Jersey around 1982 encouraged what Saito would later do at UK, "Every Japanese businessman who lives in America carries two important roles: represent your company and play the role of a Japanese ambassador who can help promote cultural exchange and mutual understanding."

Cho asked him to do the same when Cho decided to fund the Toyota-UK Lean Systems Program in 1994. Since then, IR4TD has hosted more than 30 Japanese visiting and postdoctoral scholars, and 22 doctorate and 30 master's students from 10 different countries have completed degrees in combustion, thermal-fluid sciences, and lean systems studies, according to Saito.

About half of them have returned to their home countries to become a faculty member in their countries’ top research universities, and some of them hold administrative positions there, such as center director and assistant dean.

"This is what we call in Japan, 'Hitozukuri,' which means to educate people to become individuals who can make the world a better place through their learned expertise. This Hitozukuri concept also matches our IR4TD’s educational principles," Saito said.

His award is not only a testament to his work in the field, but to the success of IR4TD and its students.

"This award recognizes unique contributions made by every former student, and postdoctoral and visiting scholars who helped to build UK’s unique IR4TD research program," said Saito.