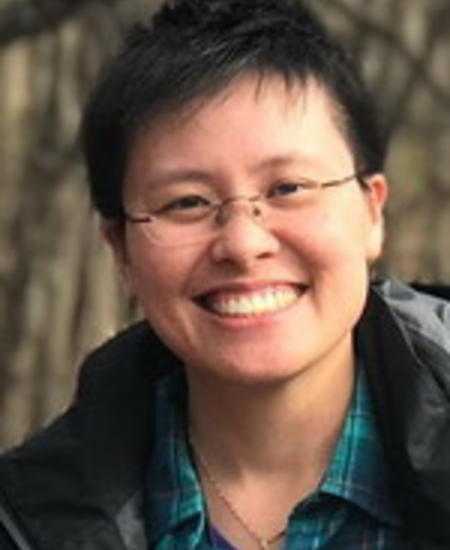 JoAnna Lio Amos is a Producer at Electronic Arts for Maxis, the studio behind The Sims™ and SimCity™. EA is a global leader in digital interactive entertainment, posting GAAP net revenue of $4.4 billion in fiscal year 2016 thanks to its 300 million registered players worldwide. The Sims alone has sold more than 175 million units since its launch in 2000. In her 12+ years at EA’s headquarters, she has led internal and external development teams to create entertainment experiences ranging from traditional retail video game hits to the live service world of downloadable content.

Before her dream job of being a producer, she worked as a game designer and community manager for EA and a software engineer for Structural Dynamics Research Corporation. She graduated from the University of Kentucky with a bachelor’s degree in Computer Science and English. She also has a master’s degree in Immersive Mediated Environments from Indiana University.

A native of Lexington, KY, JoAnna now lives in the San Francisco Bay Area with her husband, Scot. In her spare time, besides playing games, she helps get women into the outdoors through Unfolding Adventures for Women.