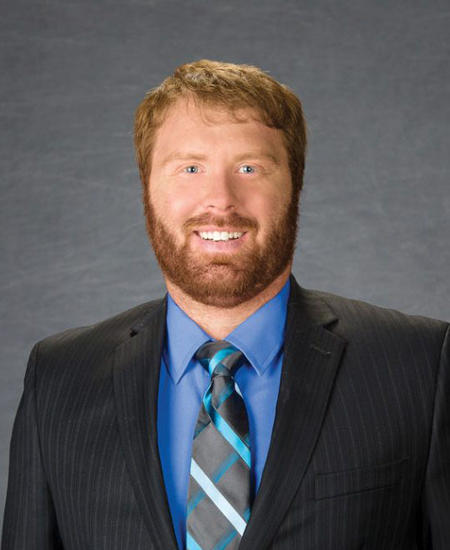 As an aviation electronics technician in the United States Marine Corps, Florence, Ky., native Matthew Ebert experienced two separate deployments to Iraq and the Persian Gulf. He kept the University of Kentucky in his thoughts; in Qatar, he comforted himself that University of Kentucky was only 7,252 miles away. After facing the challenge of serving his country, Matthew says he was ready for a new goal to achieve. That’s why he chose to become a mechanical engineering major in the UK College of Engineering. In January, Matthew, now a junior, was featured in a video telling his story and explaining why earning an engineering degree from UK is so special to him. (Google “UK Matthew Ebert” to see it.) The video was second in a five-part series highlighting student veterans at the UK and Matthew was honored by UK Athletics during a men’s basketball game at Rupp Arena.