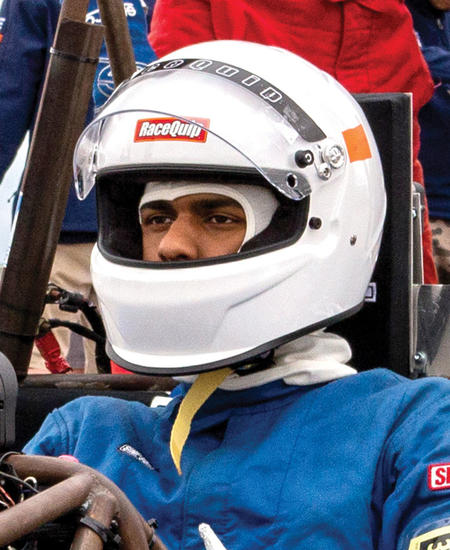 I want to be at a track competing every week and overseeing the direct performance of the car. Being a crew chief combines a lot of what I love, not only the technical aspects but also being a team player and a good communicator. 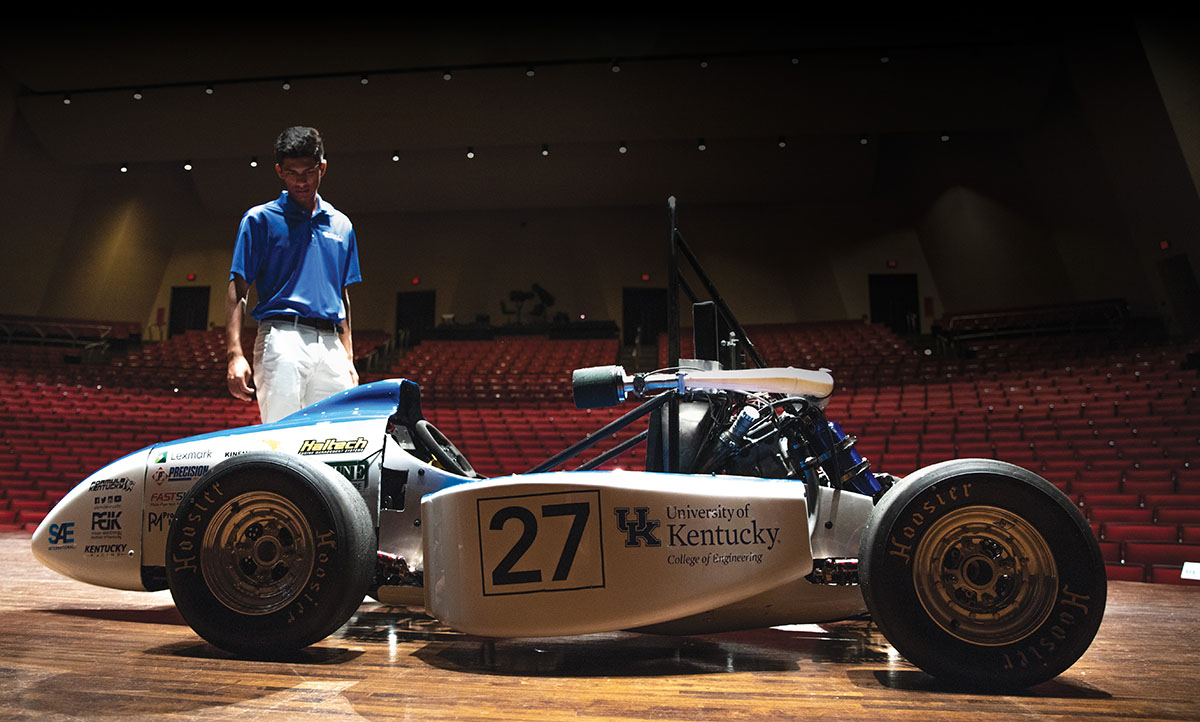 Disney Pixar’s "Cars" came out in the summer of 2006. You remember: Lightning McQueen. Radiator Springs. The lovable Tow Mater voiced by Larry the Cable Guy. The film instantly became a hit and later spawned two sequels.

It also birthed a love for motorsports in a 7-year-old boy living in Frankfort, Kentucky, named Monon Rahman. Today that boy, now a 19-year-old about to graduate with a degree in mechanical engineering from the University of Kentucky, wants to be a NASCAR crew chief for a racing team.

“That’s my biggest goal. I want to be at a track competing every week and overseeing the direct performance of the car. Being a crew chief combines a lot of what I love, not only the technical aspects but also being a team player and a good communicator.”

That blend of diverse interests and talents necessary to establish oneself as a successful crew chief fits Rahman perfectly. Technical chops? Yes. Leadership ability? Without question. Communication skills and creativity? In spades.

The College of Engineering offers two racing teams on its Lexington campus: the Solar Car Team and Formula Kentucky. Whereas the former builds and races vehicles powered by solar energy, the latter does the same for formula-style cars. Generally, interested students choose one team over the other.

Not Rahman. He’s fully immersed in both. In addition to serving as aerodynamics and body work lead for Formula Kentucky, Rahman contributed to the composite manufacturing for the Solar Car Team’s newest vehicle, Gato Del Sol VI.

“I've been able to get a lot of my technical experience by being the aerodynamics and body work lead. That's what our teams are for — getting that hands-on experience. It’s helped me with both teams.”

Rahman says that several students he’s worked with over the years have received job offers specifically due to their experience on one of the teams. He’s hoping that trend continues since he spent the past two summers interning with Venturini Motorsports (VMS), a racing team that participates in the ARCA Series.

Using software called DartFish, Rahman would record different cars and "ghost" them together so the VMS teams could see where one car is faster than the other.

“This is really helpful in racing because it allows for a direct, real-time comparison of how one car is doing compared to another.”

“I was given many opportunities to learn and understand the fundamentals, logistics and challenges of stock car racing. Standing alongside the crews at the pit box provided me insight to the technical aspects of their vehicles and the underlying work that occurs during a race weekend.”

And if you dream about working in NASCAR, pit box experience and glowing references from team ownership certainly has to help. 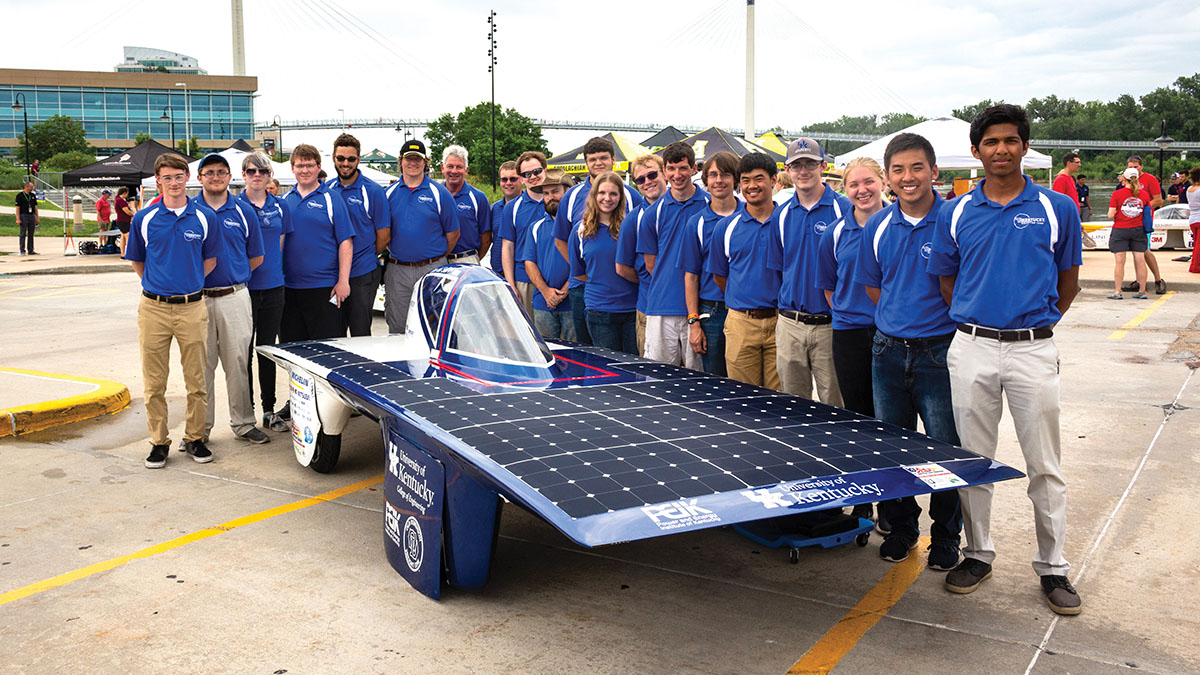 One of Rahman’s more enriching experiences as a UK engineering student came during his junior year when he participated in the limited enrollment EGR 490: Engineering Leadership class. As he listened to and networked with guest speakers — many of whom were distinguished alumni of the college — Rahman gained an expanded view of where his engineering degree could take him.

“I began to see how engineering really opens a door for you. You might not necessarily be doing engineering your whole life, but you still have the creative problem-solving mindset that you get from becoming an engineer.”

Because Rahman fills several roles across both teams, he’s been given the title “student manager” for Kentucky Racing, the umbrella that encompasses both teams. But it’s as team manager for Solar Car where he’s actively preparing to wear a crew chief’s headset.

“Being team manager for Solar Car has been important for me probably because it relates to where I want to end up career wise. As a team manager I'm overseeing the development of a racing team, seeing what steps we can take here and there and watching our actual performance at the races. That's what I really enjoy.”

Rahman's path to leadership on the Solar Car Team began early. When a team member had to vacate his role as business lead, Rahman gladly accepted the responsibilities — even though he had just finished his first semester as a freshman. In addition to managing the budget, Rahman frequently works with manufacturers and donors to secure equipment and funding.

“Student organizations don’t come fully funded. So, we go out and try to get as much money as we can for the team. For me personally, I think it's significantly helped my marketing and communication skills.”

As team manager, Rahman also ensured the team participated in a wide variety of outreach events. Whether it was student organization fairs, engineering exposure events for kids or even the Versailles Christmas Parade, you would find Gato Del Sol VI and Rahman nearby. His favorite event, however, is the college’s Engineers Day Open House, also known as E-Day.

But the cars are not strictly for show, and at the end of the day, Rahman is a competitive guy. He wants to race. After a series of setbacks capped off by a broken left suspension prematurely ended Gato Del Sol VI’s debut at the American Solar Challenge last summer in Nebraska, Rahman and the team are eyeing this July’s Formula Sun Grand Prix (FSGP) as a shot for redemption.

“Last year was hard, but all the issues we faced have made us learn more. Experiencing what we did has really fired us up. We just need things to fall our way a little more.”

While Rahman hopes to sign with a racing team after graduating, he’s letting all potential employers know that the race is nonnegotiable. “A lot of us get job offers because of the experience we get on the teams. So, employers are typically understanding about waiting until after the race, especially if they're hiring you because of your work there. 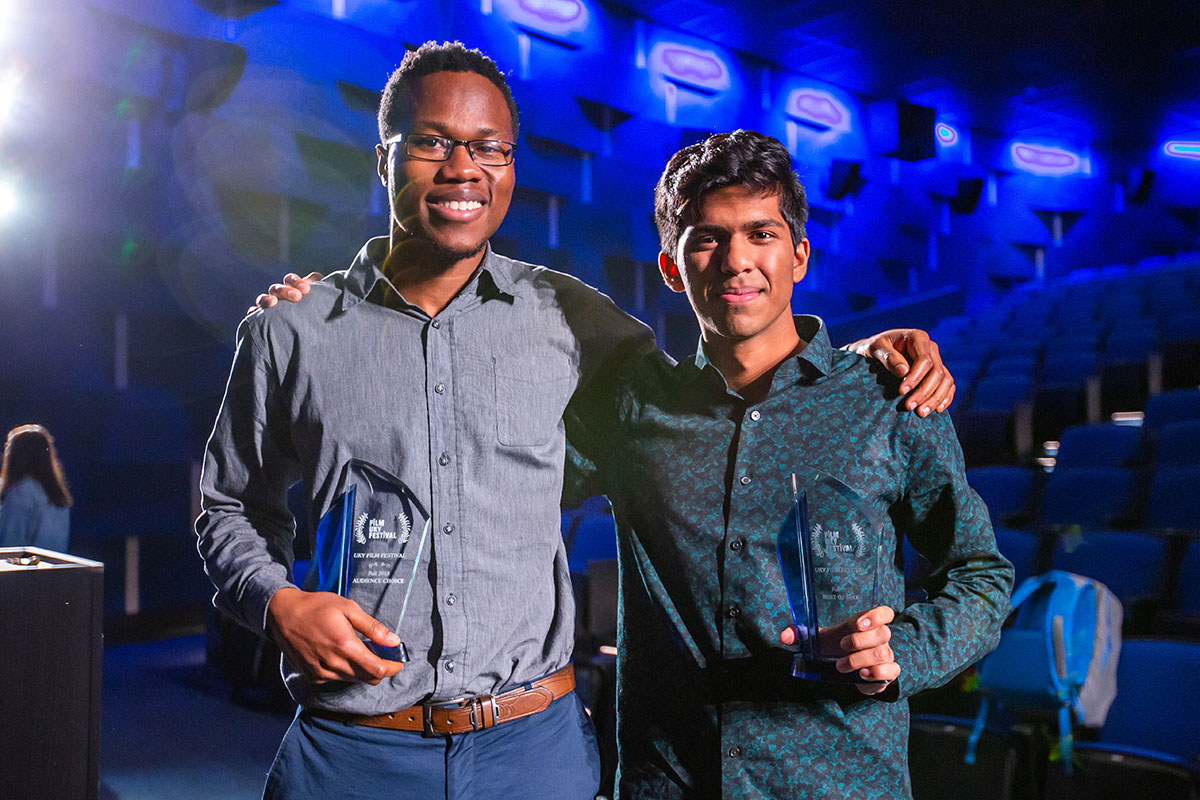 Rahman loves to challenge himself. While a full load of mechanical engineering classes would be enough for most students, last fall he decided to throw in an elective screenwriting class. Why? Because he felt it would make him a better filmmaker.

“It was the first ‘big thing’ I ever made,” he says, supplying the air quotes.

Rahman became more serious about filmmaking when he participated in the Governor’s School of the Arts program after his junior year of high school. There, Rahman learned about “new media” and specifically worked on photography and videography.

“It was neat to be with other artistic students and see what people in creative fields are doing. I’ve since been able to incorporate that experience into my work with the racing teams.”

During the fall semester, Rahman won Best of Show at the UKY Film Festival for "The Void," an eight-minute film he wrote and directed. The annual event showcases and celebrates the films created by UK students.

“I first came up with 'The Void' when I was in the Creative Filming Club two years earlier, but I had to put it on the back burner back then. I was able to write it for my screenwriting class’ midterm and then went to some friends with the idea of getting it done before the film festival. I think we shot it in two days.”

Rahman says "The Void" is about a person trying to come to terms with their own shortcomings. He also says it has a personal connection to how he felt after the letdown in Nebraska.

“The real message I'd like people to take from it is that it's OK to not be OK all the time. We’re trying to get so much done, and people don't always give their own mental health as much focus as they really should.”

Rahman's combination of relentless drive and thoughtful self-improvement aim him in the right direction. First up is securing a race engineering position on a team interested in bringing him aboard.

Rahman was recently selected to be an engineering intern in the NASCAR Diversity Internship Program (NDIP). NDIP annually selects a group of current or recently graduated students from diverse backgrounds in order to provide a unique hands-on experience in the NASCAR industry. After graduation, Rahman will head to NASCAR R&D in Concord, North Carolina, where he will work directly with NASCAR by providing engineering support for their aerodynamic program.

“To me, this is an exciting opportunity, because aerodynamics is a hot topic in NASCAR right now." 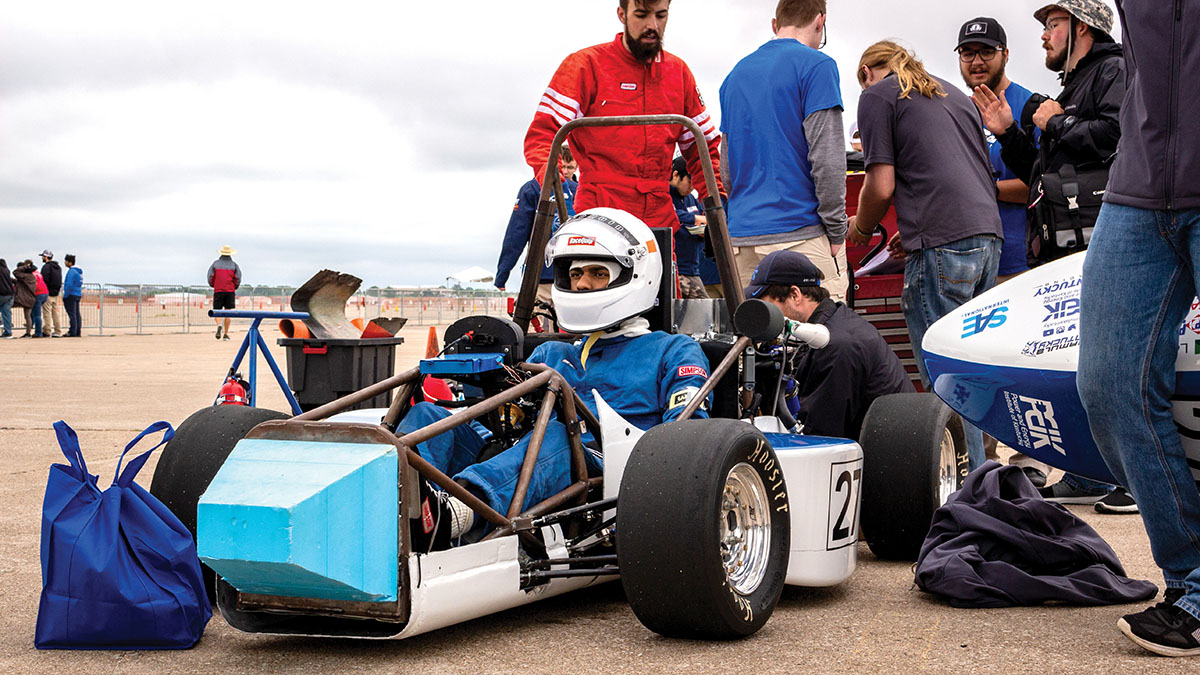