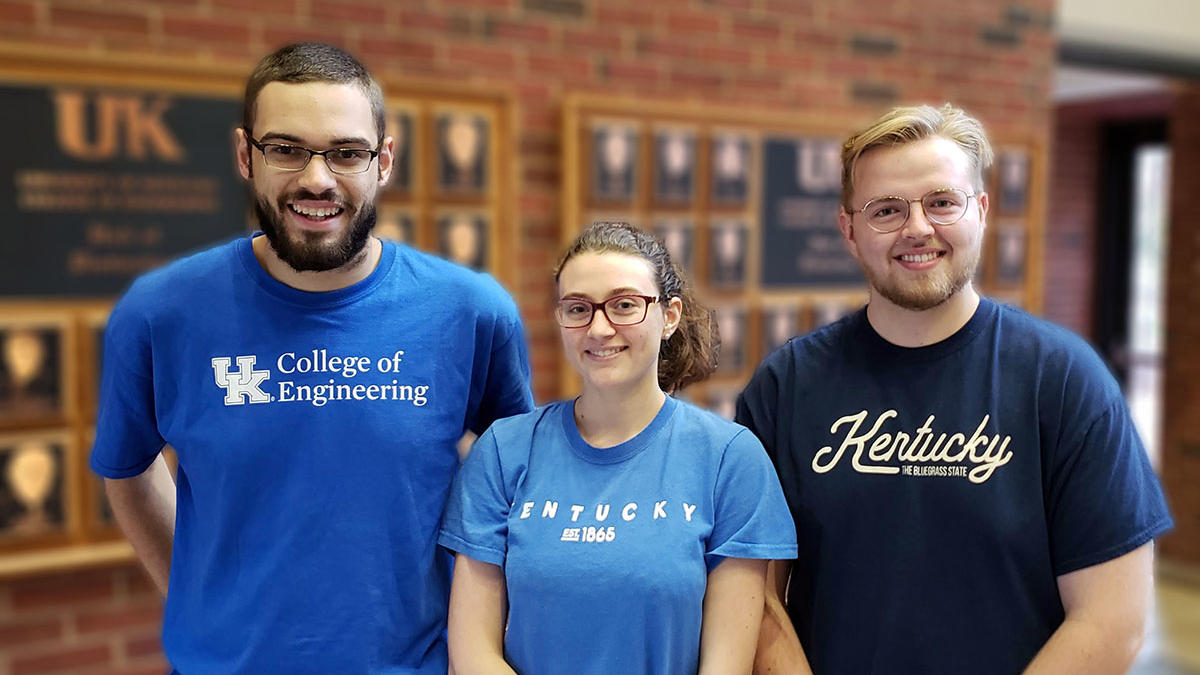 Rosemary Alden and Donovin Lewis, UK electrical engineering and PEIK undergraduate students, were recently awarded the IEEE Power and Energy Society (PES) Plus national scholarship. The Institute of Electrical and Electronics Engineers (IEEE) is headquartered in New York City and is the world's largest association of technical professionals with more than 400,000 members. This year, only 135 students nationwide and 21 from the entire Southeastern IEEE Region were selected to receive such an award.

Alden and Lewis are enrolled in the University Scholars for Ph.D. program at UK and conduct research in the SPARK Lab, which is directed by Dr. Dan M. Ionel, IEEE Fellow, ECE Professor, L. Stanley Pigman in Power and PEIK Director. Alden currently leads the initiative to establish a new IEEE Power and Energy Society Chapter at UK. Lewis serves as an electrical engineering team lead for the UK Solar Car, which currently holds the speed record for solar electric vehicles at the Circuit of the Americas racetrack in Austin, Texas.

Included in the photo (right) is Stewart Evan Jones, who received the IEEE PES national scholarship in 2017/2018 and 2018/2019 as an undergraduate student. Jones, who was a University Scholar at UK, graduated with two BS degrees in electrical and computer engineering, respectively, as well as with the PEIK certificate in the summer of 2019. Jones is now pursuing a Ph.D. with research in electric power engineering at UK's SPARK Lab.