Since the genesis of the organization on UK’s campus back in 2010, the goal has been to expand the number of black engineers in the country, but the group has become more. 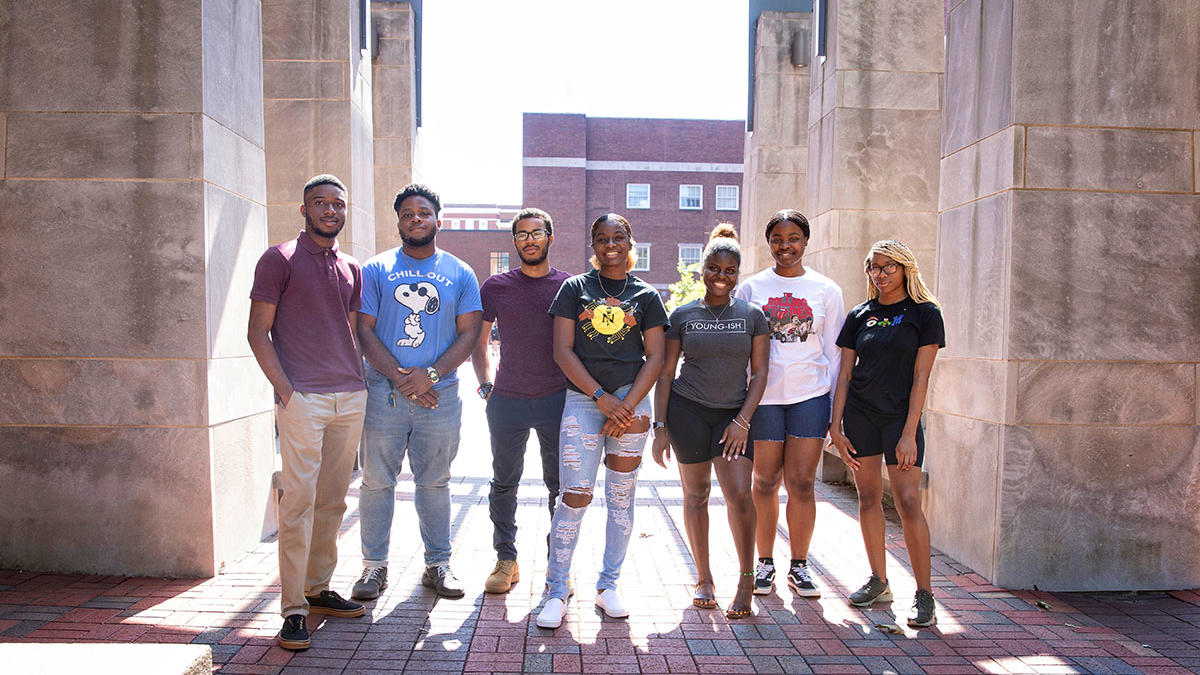 According to a new study from the University of Texas at Austin, only 34% of African American college students who go into one of the STEM fields (science, technology, engineering and math) actually finish with a degree in that field. The University of Kentucky National Society of Black Engineers (NSBE) wants to change that trend.

Students in any major must deal with the transition to college and the feeling of needing to succeed in a new environment. But when students are essentially trailblazers in fields where historically few underrepresented groups are represented, it can present a challenge — one that UK's NSBE is willing to take head-on.

“I believe we are laying the foundation for the minority community,” said Alston Sickles, the financial chair for NSBE. “We are letting them know that they’re not alone. There are others like themselves, and we’re stronger together.”

Since the genesis of the organization on UK’s campus back in 2010, the goal has been to expand the number of black engineers in the country, but the group has become more. It also serves as a safe haven where creative minds can gather and push each other to levels in their education they at times couldn't imagine. These are students who come from all walks of life and all parts of the world in hopes of fulfilling their dreams in their careers.

As members of the UKNSBE, they are making an impact. When K'Lynn King, the current vice president, was experiencing the turbulence of leaving the comforts of home for a new environment and new academic challenge, UKNSBE understood and gave her the family she needed. “Before NSBE I really didn’t enjoy college. I was an out-of-state student, so I didn’t really know anyone,” King said. “NSBE gave me a sense of belonging and family who understood the struggle of going to class and only seeing one person that looked like you.”

What UKNSBE takes pride in, is the family-oriented atmosphere that has brought these engineers together to become some of the brightest and best at UK.

Forming relationships has proven to be a driving force in its growth as an organization. When one member succeeds, they all succeed, and if one is falling behind, they all help that member on their college journey.

This atmosphere is a big reason why UKNSBE President Ariel Robinson, is still in her major today.

“I wouldn’t still be in engineering without NSBE. My sophomore year I was so upset I could not pass a class that I wanted to switch majors,” Robinson said.” I told my friends in NSBE and they helped me realize I don’t want to do anything else.”

UKNSBE was recognized at the National Society of Black Engineers' national convention by winning the Region 3 Chapter of the Year award in 2019. Having this success has not blinded the chapter. Robinson wants to see her organization achieve more — winning the national chapter of the year award.

But the list of the group'saccomplishments doesn't stop there. At May 2019 Commencement, the chapter saw 100% of its senior members graduate and find employment right out of school or be admitted into graduate school. Members in UKNSBE also have the chance to enhance their engineering experience by interning and having co-ops with some of the best companies in the engineering industry. From working at Toyota and General Motors to having students at the Massachusetts Institute of Technology (MIT), their hard work and dedication has earned them opportunities all across the country.

The laser focus the organization has on its future and its members' personal careers is what helped shape King into the student she is today. UKNSBE was her first community and the first group of students that showed her how important it was to take school seriously.

“UKNSBE showed me how to be more serious with my major. They informed me on how important research, internships and co-ops were,” King said. “They worked with me on my professional and academic development while giving me room to be myself and have fun. They are a big reason I got my internship with The Boeing Company.”

UKNSBE members have invested themselves in the UK community deeper than just in their respective majors, their reach stretches across UK as members have become leaders here. For Robinson, being a leader and giving back to her UK community is an honor and something she seeks to do as much as she can.

“Knowing that I positively impacted so many people warms my heart,” she said. "Being a student leader has given me the ability to help younger students and has given me the opportunity to network with some campus officials as well.”

“We want every student on campus to know that if they are lacking in a professional development area, we can help them. If they are struggling in STEM classes, we can help there too — we can be that group to help,” she said.

Through community service, UKNSBE has been involved heavily in the Lexington community by participating in programs like MetroCATS, where they teach digital literacy to middle schoolers, and Black Males Working, which is working to close the school achievement gap. UKNSBE mentors and invests in others to help make their dreams a reality.

One event, in particular, is called "NSBE Spreads the Love," where members perform random acts of kindness for the less fortunate in Lexington by hosting clothes drives and providing free food. The community service is something King said has helped her grow as a person.

“Simply put, UKNSBE has shown me how to be a well-rounded human being," King said.

With two African American women in the president and vice president roles, Robinson wants to encourage other women that nothing is impossible, even in a male-dominated field.

“I want African American women to know, you can do it! I have a little sister and girl cousins who look up to me, and in my position, I want to influence as many young women as possible,” she said.​​

UKNSBE dares to be different as they put themselves in positions to show the world that anything is possible from anyone. No matter the background, race or culture, the group has decided to work — not just for themselves, but for the entire community. Yes, the work is hard, but the impact on lives is worth it. This organization is about leaving a legacy and foundation that the next group of students can stand on and see further than those before them.