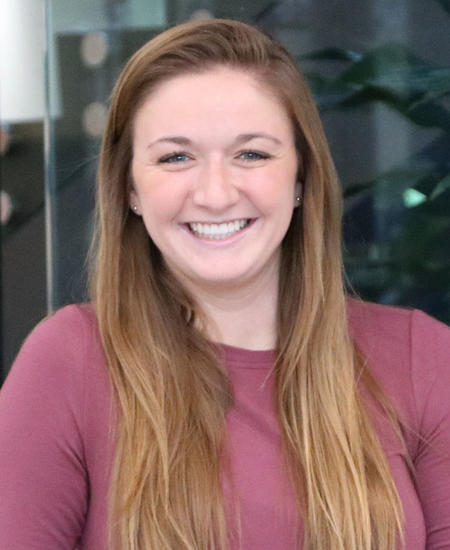 I ended up getting a summer co-op with Messer Construction after my freshman year, which made me realize that I had made the right choice by choosing civil engineering for a major.

The University of Kentucky campus boasts brand-new residence halls and academic buildings in which students work, live and learn. One student, senior civil engineering major Sarah Schweitzer, sees them in a different light than most since she played a major role in their construction.

“I ended up getting a summer co-op with Messer Construction after my freshman year, which made me realize that I had made the right choice by choosing civil engineering for a major,” she recalls.

Working right on UK’s campus, Sarah moved between various residence halls, including Woodland Glen 1 and 2. During her sophomore year, Messer hired her again, this time to help construct the $113 million Don and Cathy Jacobs Science Building. During the summer she worked on Holmes and Boyd Halls, which opened in 2016.

Throughout her later co-ops Sarah specifically managed inspections. She had to become familiar with trade-specific standards for technical aspects of each building.

“I know more about sprinklers than probably anyone else,” Sarah laughs.

Sarah’s greatest challenge lay in the interpersonal side of her job. Directing workers thirty years her senior on how to meet inspection standards presented a challenge; however, it also helped her develop confidence in her leadership. Consistently, Sarah gravitated toward receiving genuine responsibility. Because her inspection reports went to her supervisor—who reported directly to the inspectors—any slip-up on her part reflected the whole UK team.

“It made me feel like I was a big part of the job rather than just a co-op student,” Sarah explains.

Now, when Sarah passes by beautiful Holmes and Boyd Halls towering over South Limestone Street or walks the halls of the Jacobs Science Building, she feels pride, knowing she played a role in their beginnings.

“Seeing it all come to life is really exciting,” she says.

After graduating in December, Sarah will join HGC Construction in Cincinnati where she worked this past summer.