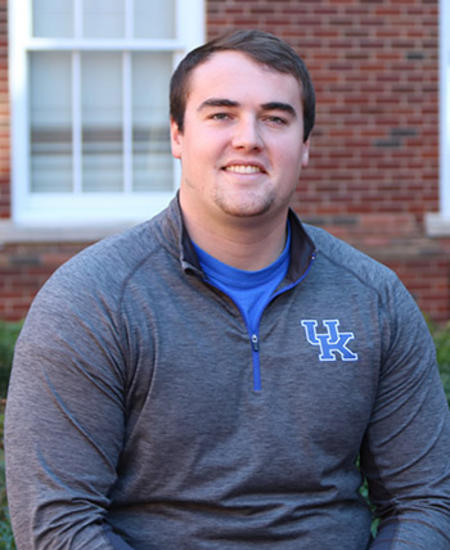 I was a freshman who thought I could do it, and by some miracle I did. It comes through both working hard and developing the right relationships.

Since arriving at UK, Connor Kunstek has taken full advantage of the College of Engineering’s career development resources and he has already seen that effort pay off.

A junior majoring in computer science, Connor has prioritized looking for jobs since the beginning of his freshman year. During his first semester, he sent an email to the Engineering Career Development group, letting them know that he wanted to find an internship for the upcoming summer. That prompted a meeting; from there he attended several workshops that offered specific help in writing resumes and developing elevator pitches.

“Here at UK, we have a fantastic career development program,” says Connor. “The department sets up a lot of opportunities for engineering students to get positions that we want.”

That same semester he also attended a career fair. Despite being a freshman, he received calls for interviews. One of those led to a full-time internship with 5/3 Bank in Cincinnati the following summer.

Connor attributes much of his success to the opportunities available at those career fairs. “When employers come, they actually want you to apply, and they’re actually looking for students for internships and jobs.”

Most recently Connor interned with General Electric’s aviation department, and plans to do so again this coming summer before interviewing for a full-time position. If hired, Connor will do four six-month rotations at many potential locations in the U.S. He hopes to eventually work at GE’s testing site out in California.

Connor reminds all students that, with the support offered by the career development team, it’s never too early to start looking for jobs.

“I was a freshman who thought I could do it, and by some miracle I did. It comes through both working hard and developing the right relationships.”