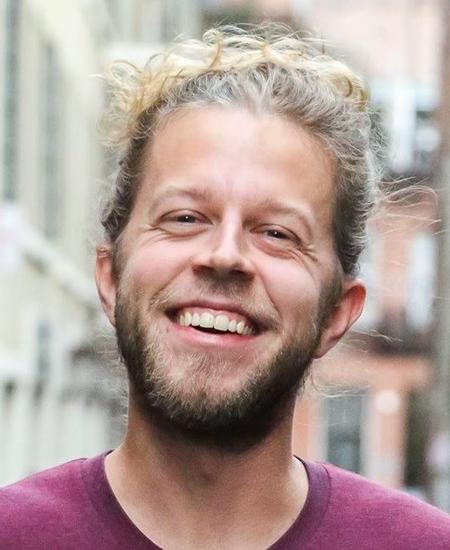 Wearing a suit and tie at a big corporation wasn’t for me. I didn’t want to do something I didn’t connect with.

Upon finishing his undergraduate career, University of Kentucky College of Engineering alumnus Joshua Slayton (BSCS '06) felt sure of one thing: he didn’t want a suit-and-tie job.

While earning dual bachelor’s degrees in mathematics and computer science, Joshua took several graduate courses that allowed him to explore the nuts and bolts of computers. An internship at the UK Network Operations center, where he self-selected hands-on projects made him even more confident he wanted a career in which he could explore.

“Wearing a suit and tie at a big corporation wasn’t for me. I didn’t want to do something I didn’t connect with,” he says. “I wanted to be on the cutting edge of technology.”

That desire led him to San Francisco, the hotbed of technological innovation. Joshua headed to the coast with no connections, driven by a passion for what he describes as the “techie, hippie culture.” That passion kept him going as he searched for jobs on Craigslist and worked at several scrappy start-ups, including a company that built dating websites from the ground up.

His big break came when he connected with Naval Ravikant, an investor of the dating website company. That start-up had been funded by “angel” investors who made a business of putting money into various startups and keeping their hands off. Working with Ravikant, Joshua started AngelList, a website that served as a marketplace for this type of investor to connect with entrepreneurs of all types of products and services.

“I had been in so many dinky start-ups that intuition said this one was going to be huge,” he says. “The companies I worked at before made products that we wanted people to want but that they didn’t actually want. To use the business term, AngelList had product market fit really early.”

AngelList immediately connected with many start-ups, including a small ride service company called Uber which had about 10 cars on the road around San Francisco. Joshua worked behind the scenes of these breakthroughs by leading AngelList’s engineering team.

Last spring he jumped on board with one of those start-ups, CoinList, which helps launch new cryptocurrencies and blockchain-enabled companies. Joshua primarily writes code and hires new employees, but about four years ago, his job took a new turn.

“I speak at tech conferences nationally and internationally,” he says. “In the past year, I’ve been to 10 countries, including China, Indonesia, the Ukraine and Vietnam. I got a terrible grade in my public speaking class at UK, but I’m making up for it now.”

Despite bumps in the road, Joshua now has a job more innovative and exciting than he ever could have dreamed. What’s kept him going through the challenges?

“Every time I’ve worked my butt off somewhere, it’s paid off. You have to show people that you want it,” he says. “When you’re pursuing your passion, you’ll go through hard times, but I think everyone has the chance to find and do what they love.”

If you’re looking for a startup job, you can check out angel.co/jobs . As Joshua says, they would love to have more UK grads on board!