The combination of biosystems engineering and the MBA set me up perfectly for this company. I’ve been learning a lot from the business standpoint, but having the agricultural background has made it so easy to fit in with the company.

Hana Hafer is seeing firsthand the intersection of her engineering background with the business world.

Originally from Union, Kentucky, Hana graduated in May 2016 with a biosystems engineering degree. Knowing she wanted a career outside of the laboratory, she pursued an MBA which she completed in May 2017. The combination of engineering expertise and business acumen landed her a dream position with Syngenta, an agricultural company based on Greensboro, N.C.

As a participant in Syngenta’s leadership development program, Hana is currently in the first of three rotations—working with users of Syngenta software as an application service manager in the IT department. She has gained valuable experience through projects related to efficiency and optimization with the goal of making the best IT experience for users.

Syngenta is an agricultural company, so its customers work directly with combines and machines, run by data and innovative technology systems. For Hana, having a background in the agricultural side has given her confidence and opened up opportunities. Her co-workers and supervisors know she can relate to both the agricultural and IT aspects of the company.

“The combination of biosystems engineering and the MBA set me up perfectly for this company,” says Hana. ”I’ve been learning a lot from the business standpoint, but having the agricultural background has made it so easy to fit in with the company.”

Hana found the job in an entirely unexpected way; while flipping through a magazine, she saw an ad with Syngenta’s name on it. She researched the company and became intrigued. After an application and phone interview, Syngenta flew her out to North Carolina for an in-person interview. She received a job offer a week later. Hana says it is one of her favorite stories.

“I don’t know if I believe in fate, but it seemed like fate.”

As an undergraduate, Hana took the EGR 599 leadership class, which she calls “the best decision of my college life.” Networking and hearing from alumni transformed her ideas of what she could accomplish long-term. After performing genetic research on fruit flies in the biology department, she became certain that she wanted a career focused on engineering and leadership.

For Hana, where she is today is the culmination of many experiences.

“You never know what you can find when you’re not looking for it. Your career path could take you from one point to another in the blink of an eye,” she says. 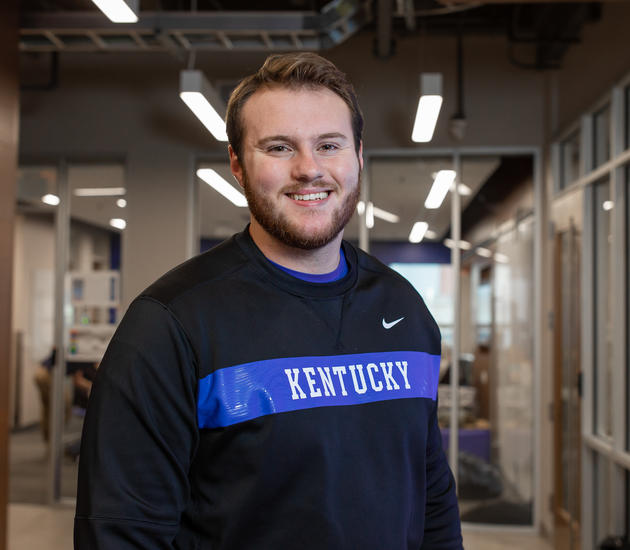