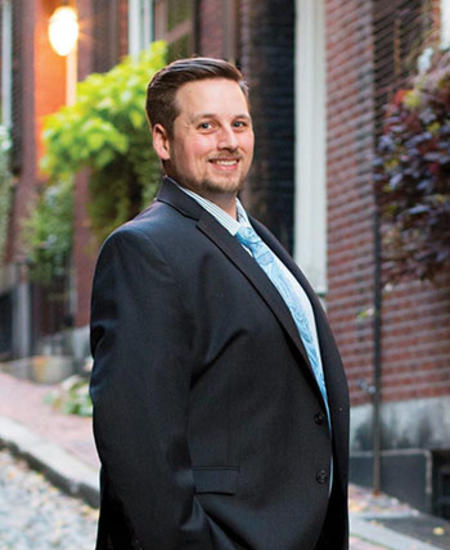 If you really appreciate how fortunate you were to get an award, then it’s important to enable future students to have that opportunity, too.

“The Hayes Fellowship allowed me to explore a different graduate level experience where I was able to work with a company, Cypress Semiconductor, to complete my research and focus on something that has very current real world applications.”

Chris earned his master’s degree in electrical engineering in 2008. For the last five years, he has excelled as an integrated circuit designer for Analog Devices in Cambridge, Mass. Although he is far from Lexington, UK is seldom far from Chris’s thoughts. He promptly joined the UK Fellows Society in October 2008 and designated his gift to the Hayes Fellowship fund—the same fellowship he had received. Further, because Analog Devices offers a match for donations to universities, Chris’s contributions double in impact.

“I have found that it is important to reflect on how lucky I have been to find people at the university who were willing to help me. By giving to the endowment, my hope is that the fellowship can be distributed more frequently,” he shares. “I also appreciate my company’s gift-matching program. Because of it, giving a little turns into giving a lot.”

For some, designing integrated circuits is one step on the way to somewhere else; Chris says that for him, it is the fulfillment of a dream. His only long-term plan is to sharpen his skills.

“For a long time, I wanted to be a circuit designer and work in the semiconductor industry. My goal now is to get better and better so I can take on more challenging designs.”

Chris hopes current and former engineering students who benefited from the generosity of others will consider making similar gifts.

“If you really appreciate how fortunate you were to get an award, then it’s important to enable future students to have that opportunity, too.”