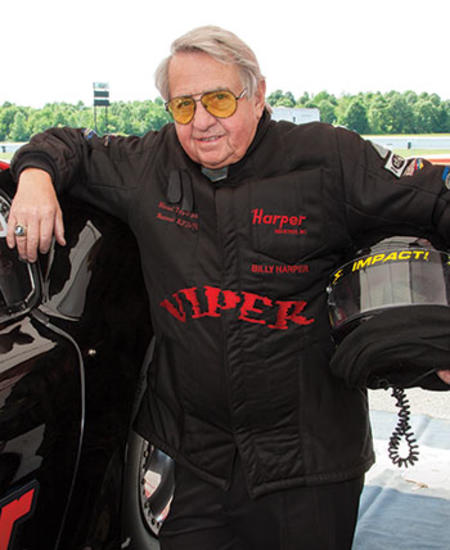 Billy Harper has more than 40 years of executive leadership experience in construction and construction related businesses. As a successful entrepreneur, Billy has negotiated several company acquisitions, start-up operations and business sales during his career, and has structured a diverse company poised for long term growth. His long term vision and ability to think strategically has allowed him to face the many challenges of growing companies and managing through difficult times.

In 1980, Billy founded Harper Industries, Inc., a privately owned construction services holding company, and serves as its President & Chief Executive Officer. Subsidiaries of the company initially consisted of a general contractor specializing in heavy construction, a mechanical contractor and a ready-mix concrete operation. Today, under Billy’s entrepreneurial leadership style, Harper Industries has grown annual revenues up to $266 million and consists of four construction related subsidiaries including Commercial and Industrial Construction and Maintenance, Ready-Mix Concrete, Construction Products, and Steel Fabrication. With offices in Kentucky and Tennessee, Harper Industries holds numerous government contracts and has been named to the Engineering News Record’s Top 400 Contractors for 10 consecutive years.

Billy has received many civic and industry awards and recognitions over the years, however, his most cherished is the distinguished Eagle Award presented to him by the Boy Scouts of America. He has served on both state and national boards for the Council of Economic Education, Associated General Contractors, World Presidents Organization (WPO), and the Governor’s Scholars Program. He is a long time member of the Kentucky Chamber of Commerce and has served on the Board of Directors, led numerous sub-committees and was Chairman from 1989-1990. Billy served on the Kentucky State School Board of Education from 2008-2012.