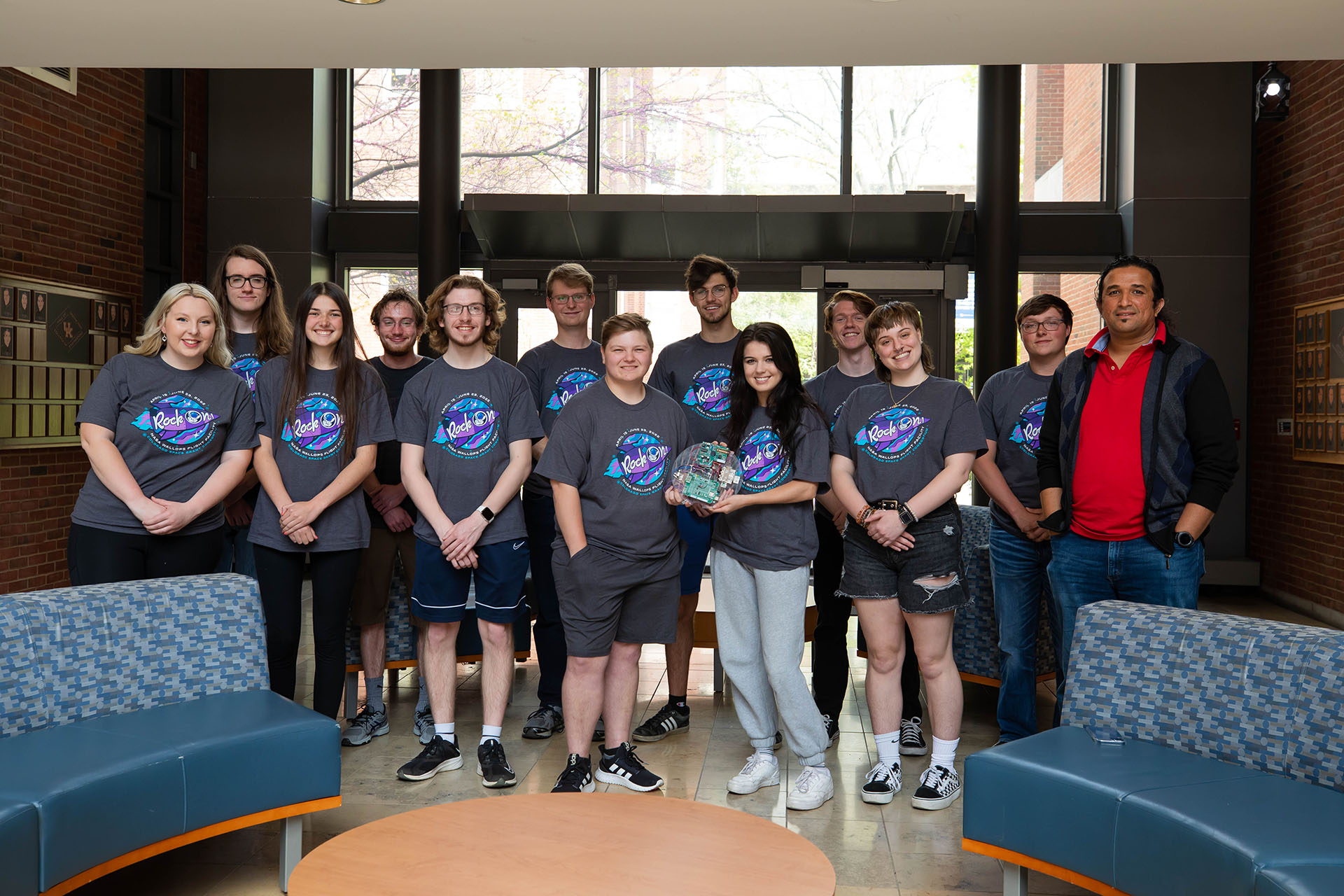 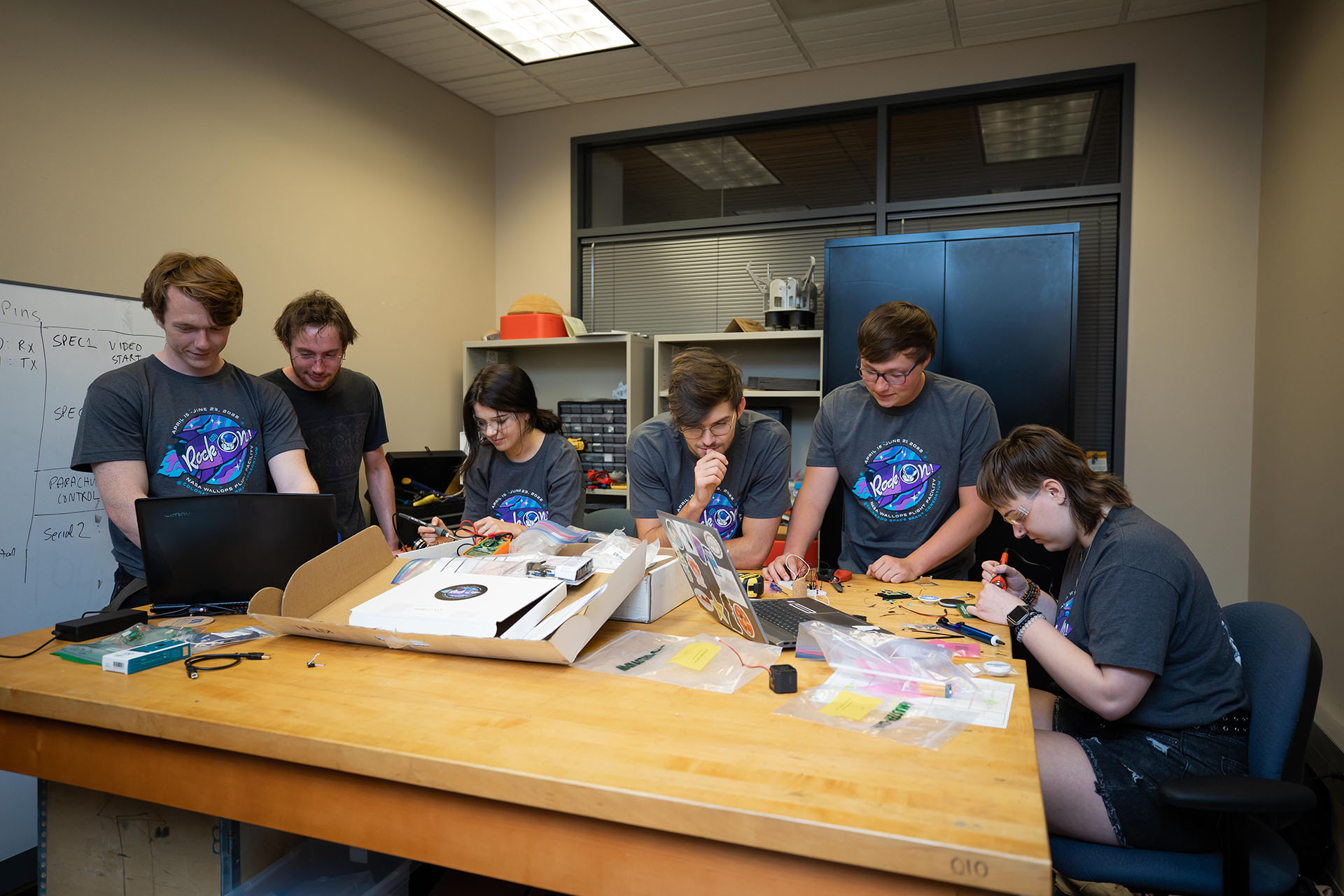 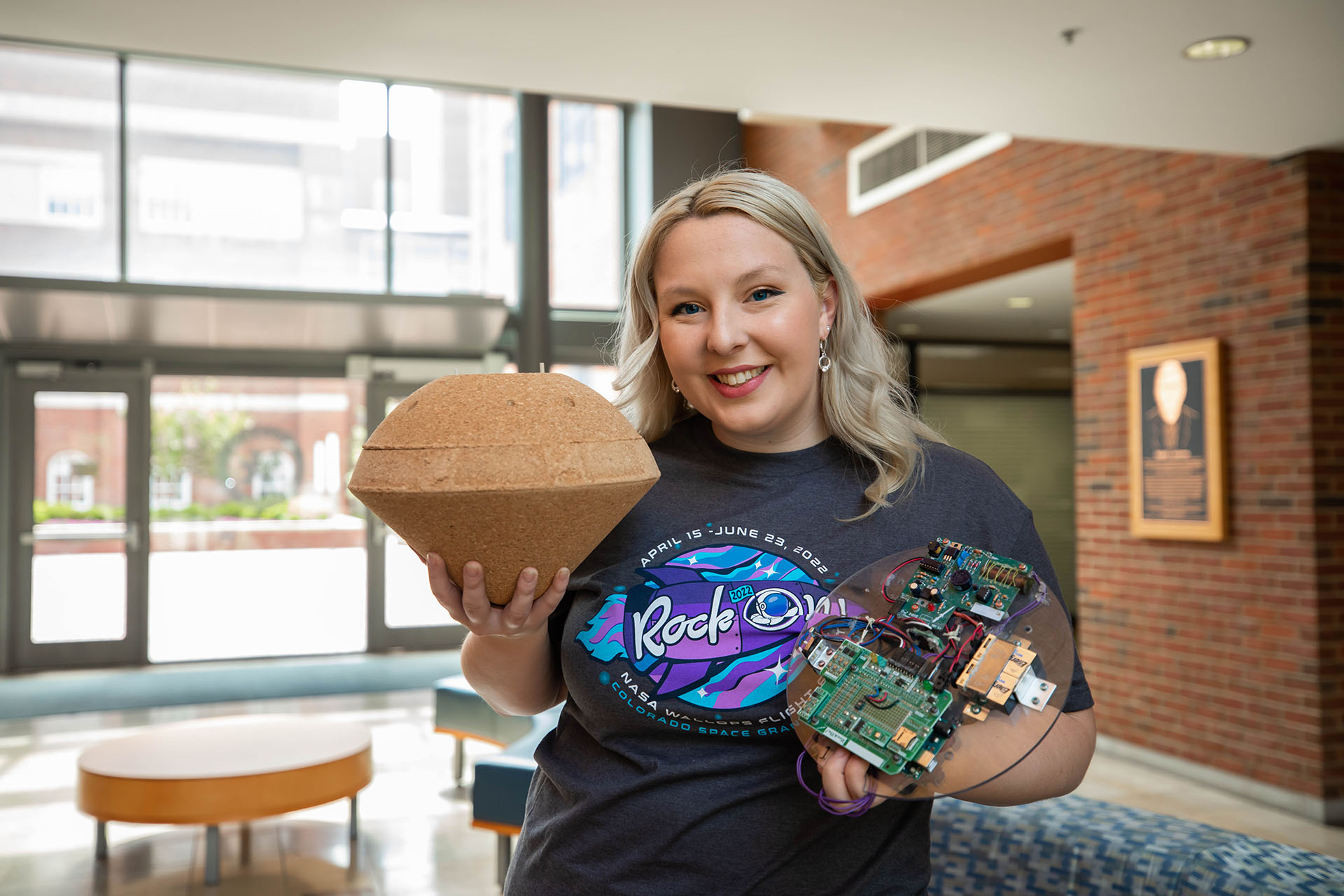 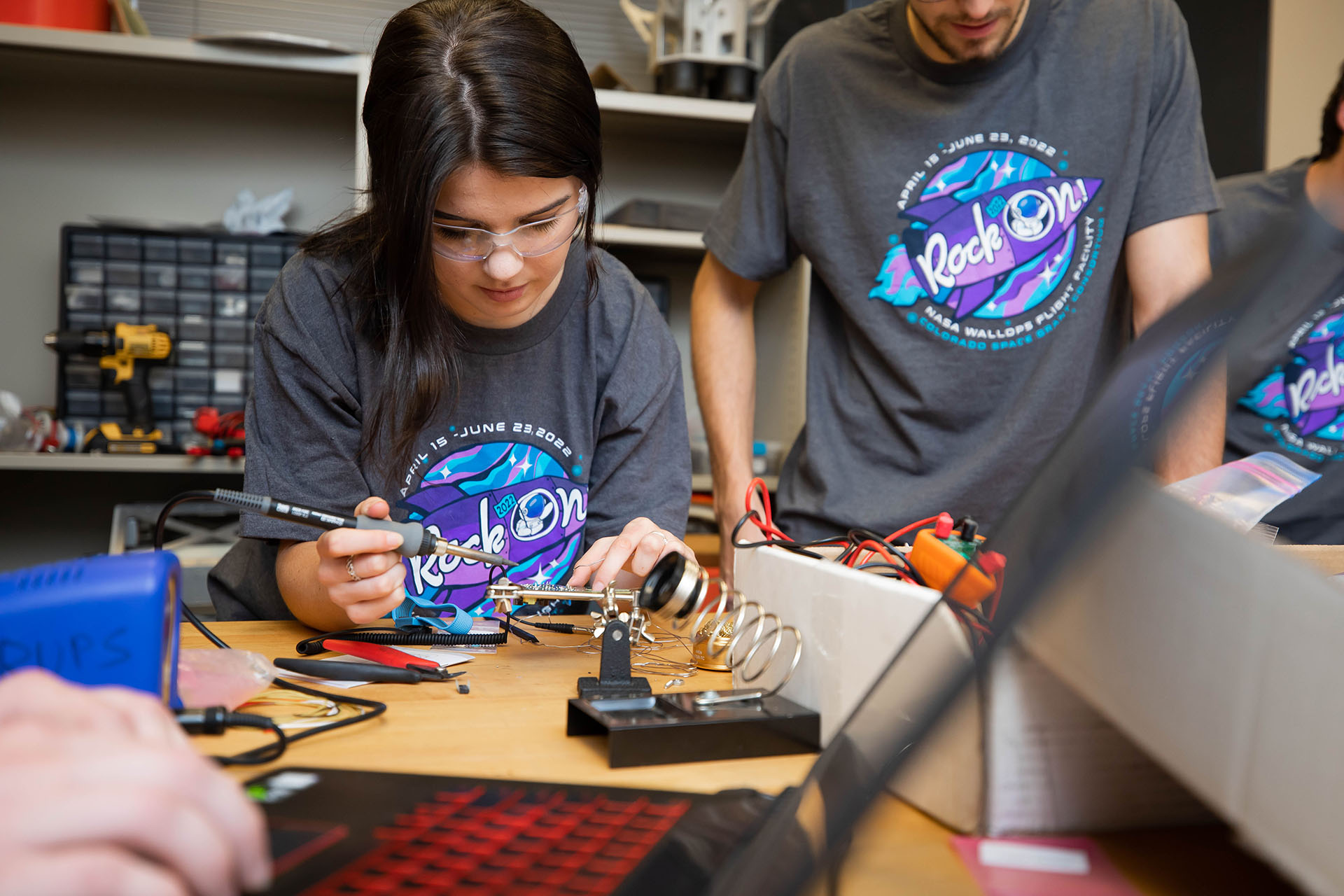 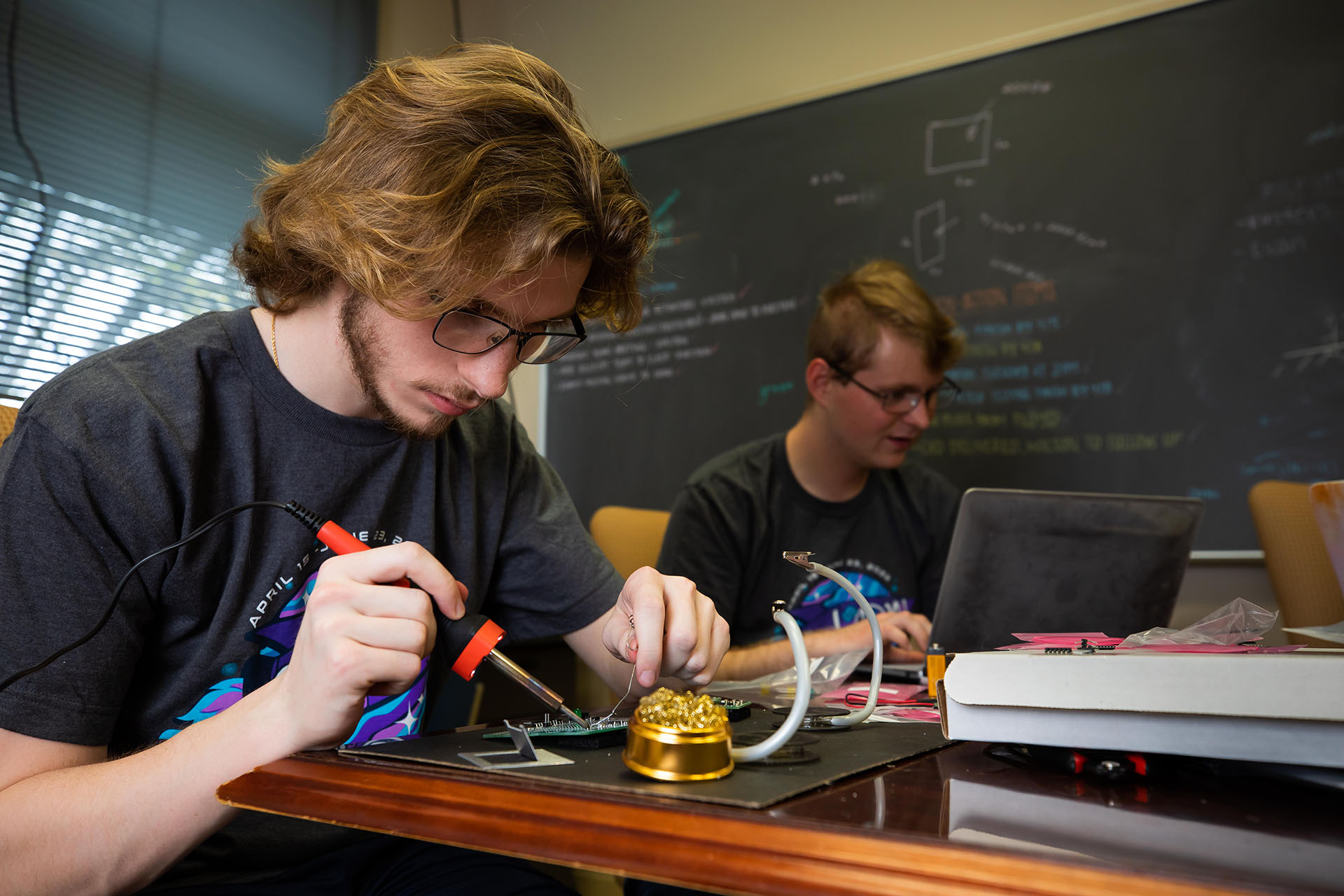 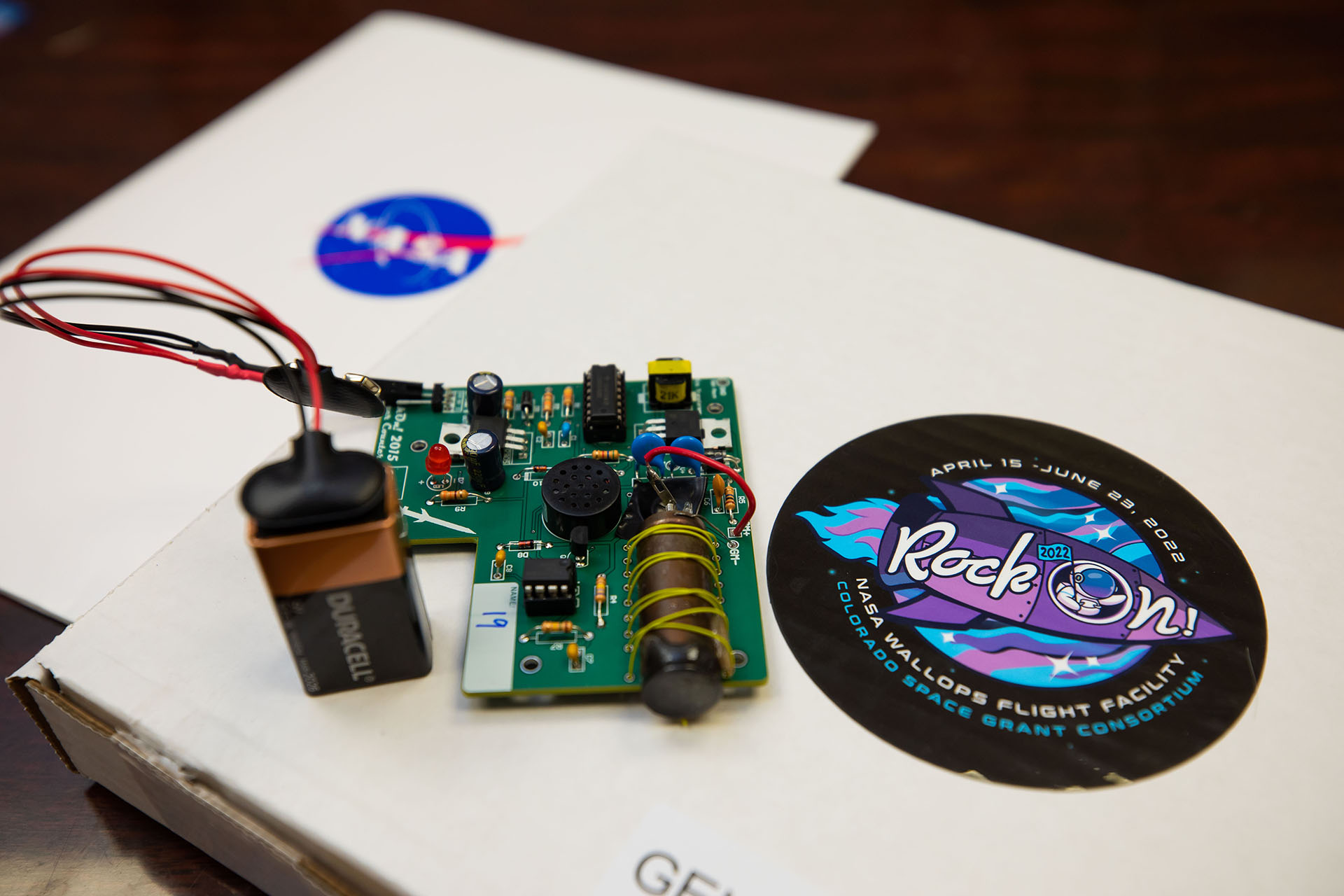 Each summer, teams of students from across the country build payload decks, which are launched in a suborbital-sounding rocket from NASA Wallops Flight Facility, NASA’s launch range located in Virginia. The program is a precursor to RockSat-C and RockSat-X, which also send custom-created student experiments into space.

The two UK RockOn! teams, organized by Assistant Professor Savio Poothingal, will have the opportunity to travel to Wallops in June to perform payload integration and participate in the rocket launch.

Competing in RockOn! is made possible through the support of NASA Kentucky Space Grant Consortium, a program administered by UK College of Engineering that creates opportunities for students at universities across the state to participate in projects with NASA.

Kirsten Ford, an undergraduate student majoring in aerospace engineering, led the workshop and described RockOn! as an excellent introductory program for students interested in aerospace and NASA.

“We had a huge pool of applicants from many engineering disciplines this year, and for the first time, we had two RockOn! teams. It’s been great watching these younger students experience their first payload build, and I hope that it will inspire at least some of them to seek new opportunities for research and growth.”