Hall of Distinguished Alumni inductees are honored for their meaningful contributions to the Commonwealth, nation and the world. 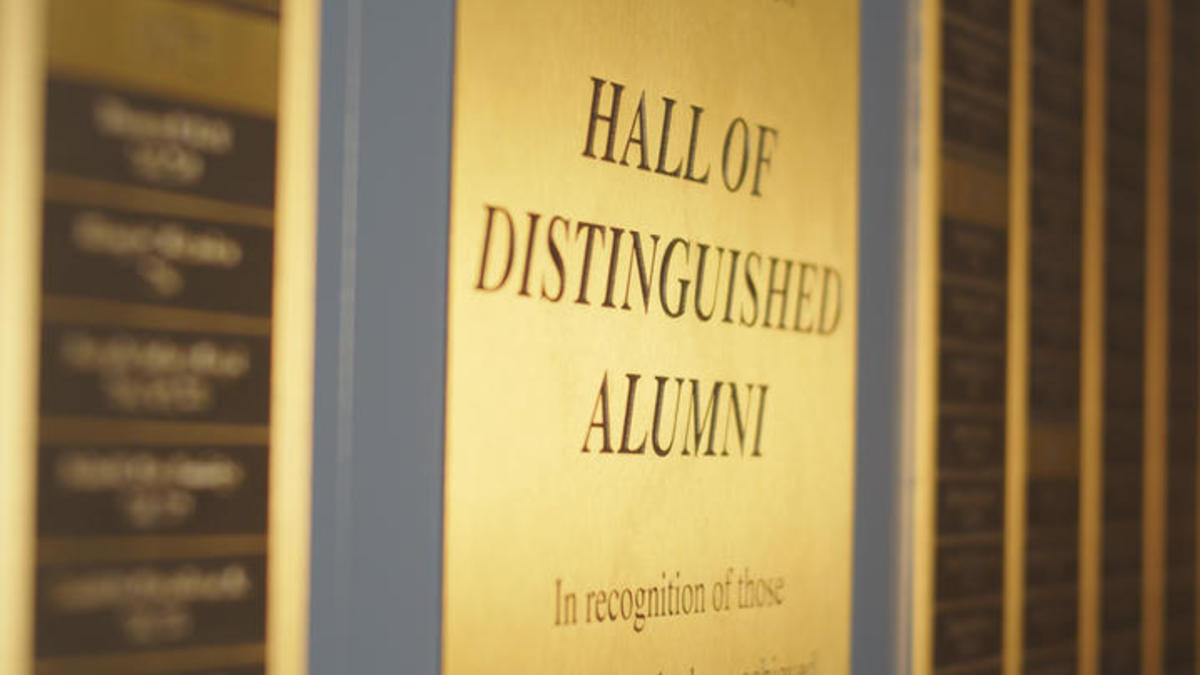 Inductees are added to the Hall of Distinguished Alumni every five years.

On October 1, the University of Kentucky inducted 27 former students into the 2020 Hall of Distinguished Alumni. The alumni were honored for their meaningful contributions to the Commonwealth, nation and the world. Six of the 27 inductees earned degrees from the UK College of Engineering.

The prestigious event, held every five years, was postponed last year due to pandemic restrictions.

The 2020 inductees from the College of Engineering included:

O. Gene Gabbard of Cary, North Carolina, and Naples, Florida, has worked as a private investor and entrepreneur since 1993. He’s worked on more than 25 startups, invested in more than 40 start-up companies on a personal basis, and served on more than 20 boards. He is a venture partner in Ballast Point Ventures, venture capital funds, based in Tampa, Florida. During his career, he served as executive vice president and chief financial officer (1990-1993) of MCI Communications Corp. (now Verizon Business); was on the board of directors (2005-2014) of COLT Telecom Group SA, Luxembourg, a provider of telecommunications and data center services to businesses throughout Europe; and became a member of the board (2010) of NetCracker Technology Corp., Waltham, Massachusetts, a leading provider of management and support systems and services to telecommunication carriers throughout the world.

F. Joseph Halcomb III of Camarillo, California, is a physician, engineer and private equity investor with a distinguished career as an executive in the medical device and biotechnology industries. He is founder and CEO of Phoenix Initiãre and a partner at Telegraph Hill Partners. Both firms are dedicated to helping life science, medical device and health care companies achieve their growth objectives. In 2010, Halcomb established the Halcomb Endowed Fellowship in Medicine and Engineering at UK. After a larger commitment to the endowment in 2016, the Department of Biomedical Engineering became the first named department at the university. He also holds a M.S. degree in engineering from the Massachusetts Institute of Technology. He received the degree of Honorary Doctor of Engineering from UK in May 2021.

Elmer T. Lee of Frankfort, Kentucky, joined the Air Force in 1942 where he flew on missions as a radar bombardier on a B-29 Superfortress. In 1946, he was honorably discharged and returned home to study electrical engineering at UK. He graduated with honors in 1949 and proceeded to take a position with George T. Stagg Distillery in Frankfort (renamed Buffalo Trace in 1999). Initially a maintenance engineer, Lee was promoted to plant superintendent in 1966. In 1969, he held the dual titles of plant manager and master distiller, becoming the distillery’s first master distiller. He would continue to hold both titles until his retirement in 1985. In 1984, Lee created Blanton’s Single-Barrel Bourbon which became the first single-barrel bourbon to be sold commercially. Lee passed away in 2013 at the age of 93.

Davis Marksbury of Lexington, Kentucky, co-founded Exstream Software in 1998 providing customer relationship document software solutions to enterprises around the world. Marksbury served as CEO of Exstream until it was acquired by Hewlett Packard in 2008. Marksbury is a pioneer in the document software industry, with Exstream being the third company he successfully launched to address complex technology challenges in the industry. He currently serves as chairman of the Marksbury Family Office and Family Foundation. Generosity from his family foundation to the UK College of Engineering helped construct the Davis Marksbury Building and donations to UK Athletics has provided funding for facilities.

L. Stanley Pigman of Wilmington, North Carolina, is an entrepreneur who began his early professional career after college as a project engineer with a new mining company, Sierra Coal, a subsidiary of General Electric. Later in 1992, he joined two colleagues to form Sugar Camp Coal. Eventually, Pigman formed his own company, Pigman Coal Sales, providing sales services to an independently owned start-up company for a new mining project in Western Kentucky. Pigman routinely initiates and financially supports programs that connect high school youth with engineering and technology. A longtime advocate for Project Lead the Way in Eastern Kentucky schools, Pigman and his wife, Karen, recently committed to funding 16 new high school chapters of the Kentucky Technology Student Association. He and his family also provide scholarships for 70 UK engineering students each year. Their scholarship has benefited more than 200 Pigman Scholars thus far, including 20 first-year students this fall. UK awarded him an Honorary Degree of Humane Letters in 2017.

Gregory L. Summe of Naples, Florida, is the co-founder and co-chairman of NextGen Acquisition Corp. II, a special purpose acquisition company, which has announced a pending merger with Virgin Orbit. He was also the co-founder of NextGen Acquisition Corp I, which has merged with Xos Inc., a leading manufacturer of electric commercial vehicles. Summe is also the founder and managing partner of Glen Capital Partners LLC, a value-oriented hedge fund. He was managing director and vice chairman of Global Buyout at the Carlyle Group (2009-2014) and responsible for the buyout funds in financial services, infrastructure, Japan, the Middle East and Africa. He was also the chairman, CEO and president of PerkinElmer Inc. (1998-2009) and a senior advisor to Goldman Sachs Capital Partners (2008-2009).

To read full bios of this year’s inductees, visit www.ukalumni.net/s/hall-of-distinguished-alumni.

With the addition of the 2020 honorees, the total number of alumni honored to date is 333, since the hall was created in 1965. To learn more about the Hall of Distinguished Alumni and previous inductees, visit www.ukalumni.net/s/hall-of-distinguished-alumni.