On May 26, 1921, the university dismissed classes at noon to allow students and people from the surrounding area to tour the college and see its equipment in action. 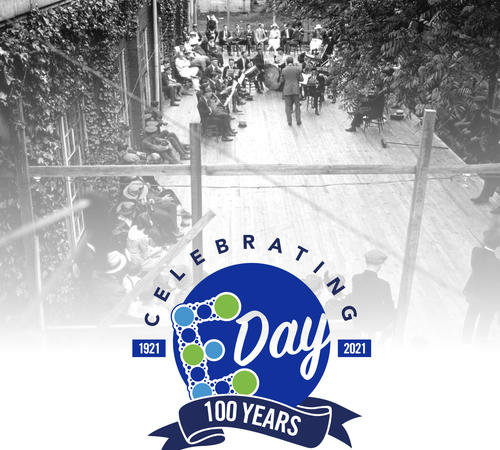 The first Engineers Day Open House closed with a dance.

On May 26, 1921, the University of Kentucky held its first Engineers’ Day open house. The university dismissed classes at noon to allow students and people from the surrounding area to tour the college and see its equipment in action.

E-Day at the University of Kentucky has become a tradition that grows stronger every year. Approximately 3,000 people attend the on-campus event, which takes place at the end of Engineers’ Week in February. George Washington, whose birthday is February 22, was an engineer who surveyed, invented tools for his farm and supported the advancement of engineers. Thus, Engineers’ Week is always celebrated during the week of his birthday.

When the COVID-19 pandemic eliminated the possibility of holding an in-person event earlier this year, the UK College of Engineering transitioned to a virtual format called E-Day Live! In addition to 17 live shows that streamed throughout the program, the college also offered 80 on-demand videos. The live broadcast received over 1,700 views on YouTube. Lexmark served as the lead sponsor for the event, and Lockheed Martin also provided sponsorship.

Although many of the activities that took place on May 26, 1921, continue today, one significant element has changed. At the end of that first E-Day, the Kentucky Chapter of the American Association of Engineers held a dance for all Engineering students in Dicker Hall. Exactly when the “annual” dance dropped from among the E-Day festivities is not known. Perhaps the centennial celebration will encourage E-Day enthusiasts to reinstate the tradition—even if Dicker Hall, demolished in 1964 to make way for Anderson Tower, isn’t around to host it.

The next E-Day open house is scheduled for February 26, 2022, on the UK campus in Lexington.