On April 21st, The UK Solar Car Team will seek to raise $8,000 to support its ongoing activities. The team is preparing Gato Del Sol VI for the American Solar Challenge in July. 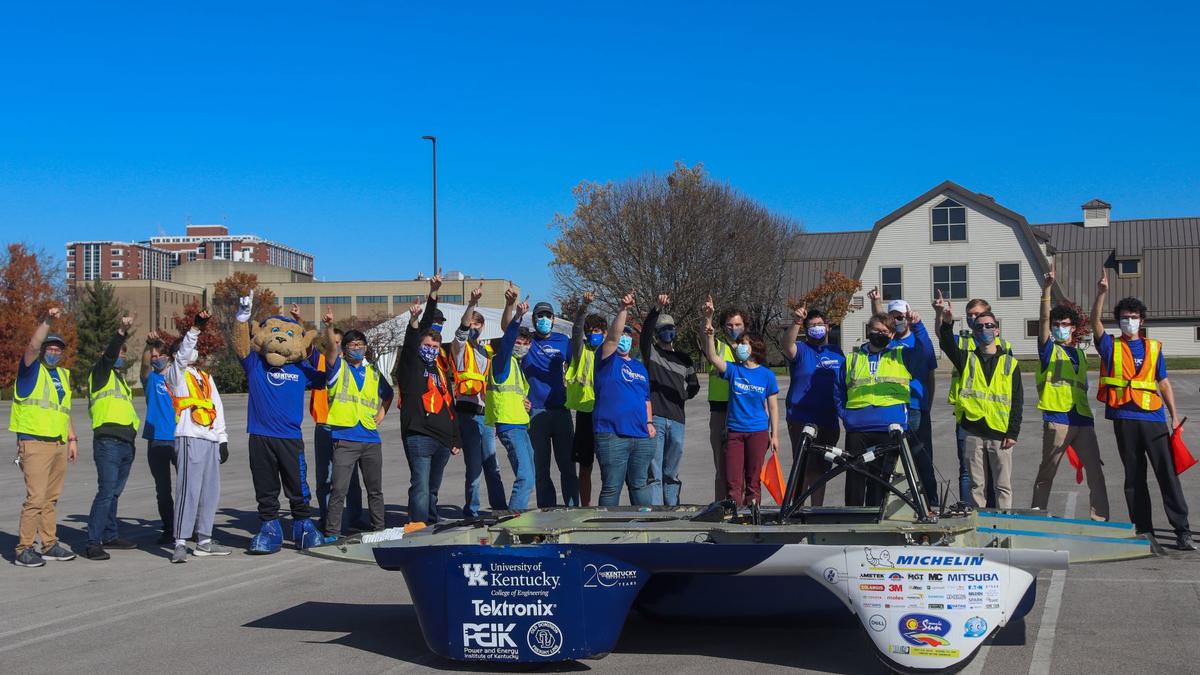 The UK Solar Car Team is joining the fun on One Day for UK, the university’s annual giving day. On April 21st, it will seek to raise $8,000 to support its ongoing activities.

“We want to give every member who wants to go to have the chance to attend the Formula Sun Grand Prix and American Solar Challenge,” said Christopher Wheatley, team manager and business lead. “The funds we raise will defray housing, food and transportation costs.”

Since the beginning of the fall semester, the team has been hard at work preparing the latest iteration of the car, Gato Del Sol VI, for the American Solar Challenge in July. If it can compete, the team will attempt to drive from Independence, Missouri to Santa Fe, New Mexico. In 2008, it completed the American Solar Challenge road course for the first time in its history. That trek took team members at Gato del Sol III from Plano, Texas to Calgary, Alberta, Canada. Earlier this year, the Solar Car Team sent that historic car to a STEM Camp in Lexington.

The team last competed in the 2019 Formula Sun Grand Prix, which was held at the Circuit of the Americas in Austin, Texas. By putting their engineering skills to use in adverse circumstances, the team overcame challenges and finished third in the event—the team’s best finish since placing second in 2009.

“We're very proud to represent the University of Kentucky and the Commonwealth with our 22nd year of Solar Car "Raycing,” said Wheatley. “We would truly appreciate gifts made to the Solar Car Team on One Day for UK so we can continue our success this summer!”

The team is accepting donations now, however, the campaign ends at the close of One Day for UK.

You can donate to the Solar Car Team here.