Monon Rahman concluded his dream internship with NASCAR by being named Outstanding Intern during the 2020 NASCAR Drive for Diversity Awards. 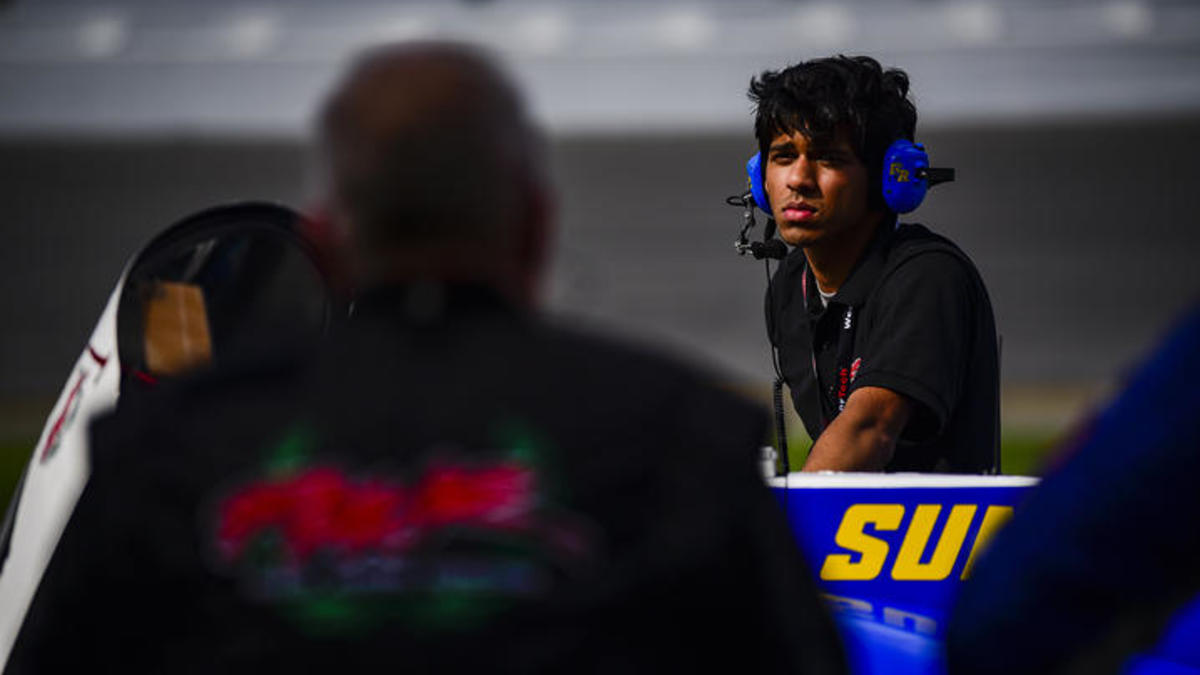 University of Kentucky alumnus Monon Rahman concluded his dream internship with NASCAR by being named Outstanding Intern during the 2020 NASCAR Drive for Diversity Awards.

The ceremony honors the motorsports industry's diversity leaders and recognizes top achievements. In 2019, the awards moved from Daytona Beach, Florida, to Charlotte, North Carolina. Due to COVID-19, this year’s event was held virtually.

“I’m really appreciative of this award. The program helped me get my foot in the door in this industry, and I’m glad I’ve been able to stay part of it,” Rahman said. “However, without diversity in the workforce, we may be missing out on a lot of talent that could potentially excel in the sport.”

As children, we have the notion we can be and do anything. For some, those aspirations fade and more realistic ones emerge. Others spend their entire lives searching for a purpose — not Rahman.

The Frankfort, Kentucky, native has been pursuing his passion at an accelerated pace for quite some time.

At the age of 7, Rahman saw the movie "Cars." The Pixar classic became more than his favorite childhood film — it ultimately sparked an unrelenting interest in racing that shaped his way of life.

In 2015, Rahman graduated from Paul Laurence Dunbar High School in Lexington at age 15 and enrolled at the University of Kentucky. The ambitious freshman didn’t have a driver’s license but decided to pursue a career in motorsports.

That’s where the College of Engineering comes in.

“There are many ways the college shaped me for my current responsibilities. My involvement with the UK Solar Car and Formula SAE teams immensely prepared me from a technical and organizational perspective,” Rahman explained. “The technology used in these student-designed cars is quite on par with what is seen in professional racing, and being immersed in it helped me know what to expect and look for in my work.”

UK Engineering offers two racing teams: the Solar Car Team and Formula Kentucky. Whereas the former builds and races vehicles powered by solar energy, the latter does the same for formula-style cars. Generally, interested students choose one team over the other.

During his time at UK, Rahman was fully immersed in both. In addition to serving as aerodynamics and body work lead for Formula Kentucky, he was team manager during the manufacturing of the Solar Car Team's vehicle, Gato Del Sol VI.

“Being involved in leadership and management with these teams also prepared me in various nontechnical ways,” Rahman continued. “They taught me how important it is to foster collaboration, which is essential across all forms and levels of racing.”

Upon graduating with a bachelor’s degree in mechanical engineering at the age of 19, Rahman was selected to be an intern in the NASCAR Diversity Internship Program (NDIP). Each year, NDIP chooses a group of students from diverse backgrounds in order to provide a unique hands-on experience in the industry.

During his time in Concord, North Carolina, Rahman provided engineering support for NASCAR’s Research and Development Center. “The biggest enjoyment I got out my internship with NASCAR was being able to meet so many new people. There’s definitely a lot of talented individuals and being able to make new connections has helped me a lot,” he said. “The sport is one big family and having a support system within it can help immensely, since many of us go through similar experiences throughout our careers.”

Upon completing his internship, Rahman accepted a job as engineer at Rick Ware Racing (RWR) for the NASCAR Cup series teams and IMSA team.

“At the shop, I help our teams organize, prepare and set up vehicles for each race weekend. At the track, I typically stay on top of the pit box with one of our crew chiefs and assist with race strategy,” he explained. “A lot of my work is dependent on staying organized — the more notes and observations we make on our vehicles each week can help us understand and validate what we do going forward.”

“We at RWR are so proud of what Monon has accomplished in his short time here. He has an amazing work ethic and a maturity level way beyond his years. Although those qualities are amazing, the real reason we feel he is so deserving of this award is his passion for motorsports," JR Courage, team manager at RWR, said. "From working with veteran crew chiefs to coming up with more efficient and cost-effective ways to operate our day-to-day operations, Monon has become a big team player in our organization. We are honored and proud to call him one of our family."

It’s undeniable, Rahman has accomplished a great deal since his days as a young boy obsessed with Lighting McQueen. But there’s still more he hopes to achieve — becoming a crew chief is just one of his ambitious goals.

No matter where his career takes him, Rahman remains committed to promoting diversity and inclusion along the way.

“Programs, such as Drive for Diversity, has helped bridge the gap for people such as myself, and I hope we can continue bringing more passionate and talented people into the sport,” he said. “I keep working as hard as I can because beyond wanting to race for myself, I want to be someone who sets an example for other minorities who are passionate about making a career in motorsports.”