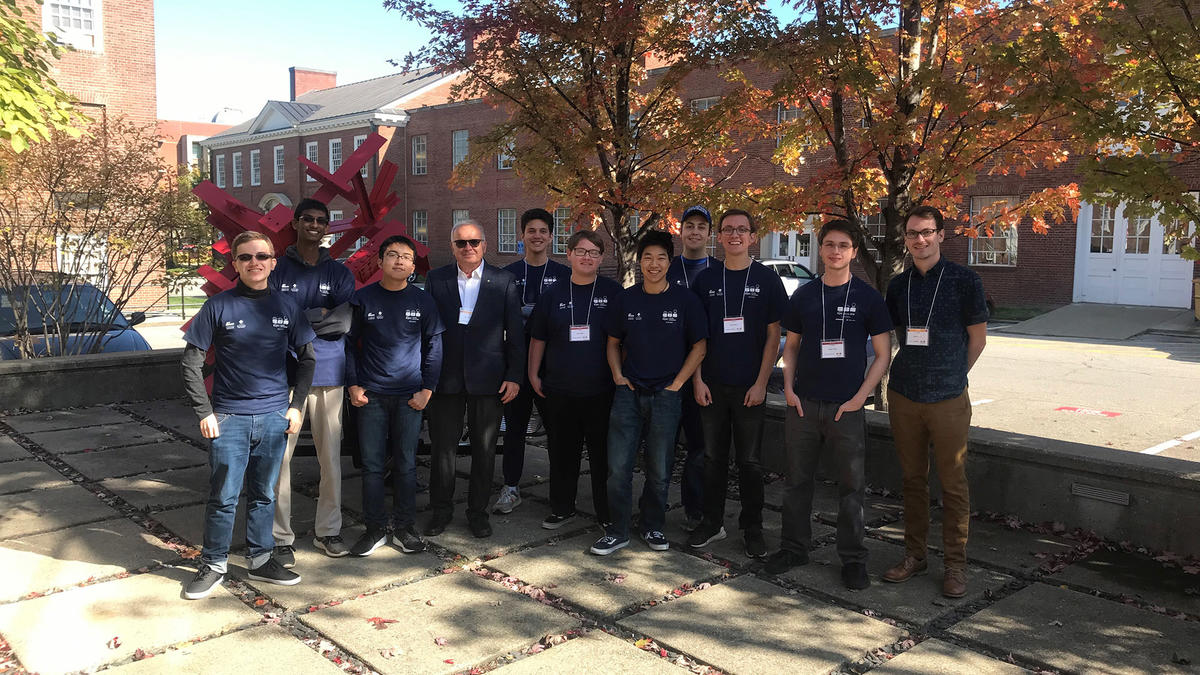 A team of three University of Kentucky computer science students will compete in the North America Championship 2020 (NAC 2020) of the International Collegiate Programming Contest (ICPC).

UKy-blue team members are: Peter Bifone, Jr., Brendon Bultman and Tanner Willis. Jerzy W. Jaromczyk, professor in the Department of Computer Science and director of undergraduate studies for the department, is the team’s coach.

NAC 2020 will take place February 19-22 in Atlanta, Georgia. Fifty-five teams from eleven regions in the United States and Canada will compete in the inaugural event, which will be hosted by the Georgia Institute of Technology. The top finalists from the NAC 2020 will advance to the World Finals of the ICPC scheduled for June 2020 at the Moscow Institute of Physics and Technology.

University of Kentucky students have been a part of the ICPC—an annual algorithmic programming competition for university students around the world—for more than two decades. In the last 20 years, UK programming teams advanced to the prestigious World Finals in Eindhoven (1999), Vancouver, Canada (2001); Beverly Hills, California (2003) and Harbin, China (2010).

“These successes testify to the strength of our department, the quality of our students and the curriculum,” said Jaromczyk. “The tradition of participating in competitive programming teams, at the university and regional level contests, has a broad impact on our students' learning experience. The practice sessions have improved their algorithmic problem-solving skills that not only make them stronger students, but also often inspires them to do undergraduate research or develop exciting software projects. It also makes them extremely competitive in job applications.”