Jeffrey (BSCE 2003) and Kevin Graham were following in their father's footsteps pursuing a career in the military. 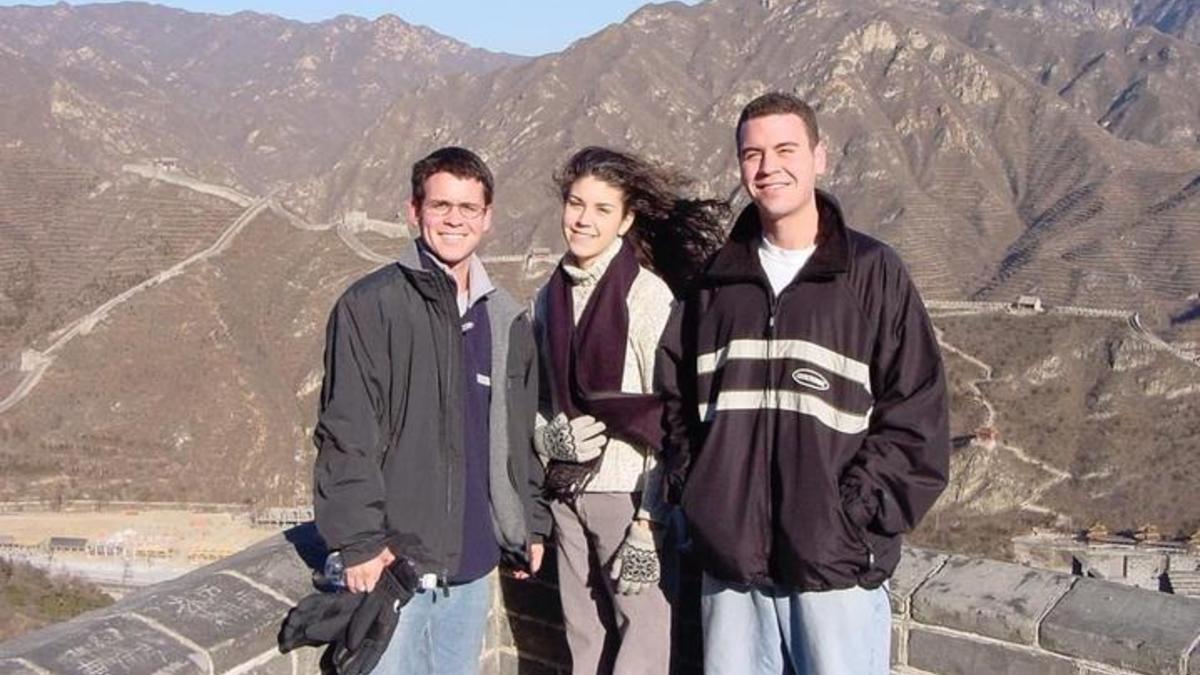 People have many reasons for wanting to support the University of Kentucky, but for retired U.S. Army Maj. Gen. Mark A. Graham and his wife, Carol Graham, the reason is deeply personal. When the Grahams lost their two sons within a year of each other, the loss was devastating for their family, but with love, encouragement, and determination, they turned tragedy into purpose and created something positive out of unimaginable loss.

Jeffrey and Kevin Graham were following in their father's footsteps pursuing a career in the military. Jeff, a 2003 graduate of the UK College of Engineering, was a second lieutenant in the Army. Kevin was a senior ROTC cadet and straight-A student with plans to go to medical school to become an army doctor. Their younger sister Melanie, also a UK student, pursued a bachelor's degree in nursing.

However, fate stepped in and Jeff and Kevin lost their lives fighting two very different battles. Kevin lost his battle to depression in June 2003. Less than a year later, Jeffrey was killed by a roadside bomb while leading a foot patrol in Iraq in February 2004.

Mark and Carol Graham decided that rather than allow the loss to define their lives, they would treat it like two bad chapters of their lives.

The Grahams established the Jeffrey C. and Kevin A. Graham Memorial Fund to support the suicide prevention program at UK and remain tireless champions of military and civilian efforts to promote mental health and suicide prevention. They also support the 2nd Lieutenant Jeffrey C. Graham Memorial Scholarship at the UK College of Engineering. Their gifts support the goals of Kentucky Can: The 21st Century Campaign, UK’s $2.1 billion comprehensive campaign focused on increasing opportunities for student success, funding innovative research, improving health care, strengthening our alumni network, and supporting our athletic programs. More than halfway to its goal, Kentucky Can is transforming the quality of life for the people and the Commonwealth UK serves.

"We were so broken," Carol Graham said. "The UK community rallied around us after Jeff and Kevin's deaths. We felt the love and support of this amazing campus from the top down. Students, faculty and staff held a candlelight vigil for Kevin and Jeff. When I close my eyes, I go back there and still feel the love that surrounded us. They wanted to help us carry our pain and it was one of the sweetest moments of our lives. Our boys' lives have meaning, and they won't be forgotten."

"Jeff truly loved engineering and looked forward to using the skills he learned at UK to help the people of Iraq," Mark Graham said. "He said on the phone one night, 'Dad, we are making a difference here and when things calm down, I am looking forward to using my engineering education to help these people rebuild their country."

Lee Carlisle says that he and Jeff hung out together in study groups and remembers him fondly as being funny and really nice.

"After he was killed, we were all really sad at the funeral and thought it was such a shame that he didn't get to use his engineering degree. We thought the best way to pass on the sacrifice he made would be to help future engineering students realize their dream. We would be passing on his legacy to others," he said.

Carol Graham says that one of the most rewarding things they've seen come out of the engineering scholarship is to see the hopes and dreams in the eyes of the recipients. They attend the scholarship ceremony every year and meet the recipients. On the rare occasion when they are unable to attend, another family member goes in their place.

"Jeffrey's former engineering professors attend and tell stories about Jeff. Jeff and Kevin have left a legacy for young people who do find their dreams and for us it's everything. Our dreams were shattered but to see the dreams of other young people fulfilled is very rewarding," she said.

“When our son Kevin died, we blamed ourselves for not recognizing the serious warning signs that Kevin’s depression was a true medical illness and not just a sad feeling,” Mark Graham said. “We knew our son was sad, but we just didn’t know you could die from being too sad. For years we had talked to our children about alcohol, drugs, sex and even strangers, just about anything we knew to keep our children safe and healthy but our lack of understanding and education in thinking that all it took to fight clinical depression was a prayer, a proper diet, exercise, and a good night's sleep kept us from getting our son the best medical care he needed. With the support of UK, we are compelled to speak out and try to save the life of someone else’s child.”

UK's suicide prevention program is in memory of both Jeff and Kevin Graham. The QPR program and engineering scholarship have been endowed and the Grahams vow they will continue to give the rest of their lives.

“Mark and Carol Graham have the courage to turn personal tragedy into active suicide prevention efforts nationwide, and to inspire healing for survivors of suicide and other losses," said Mary C. Bolin, director of the UK Counseling Center "They often speak of losing their two sons to different battles, and in 2003 their memorial fund allowed UK to launch a systemic effort in the form of QPR — Question, Persuade, Refer — training for active bystander intervention. Coordinated by the UK Counseling Center, we provide QPR to all Residence Life staff, and many others across campus, including academic advisors, faculty, staff, and students. With the Graham family, our goal is to reduce the stigma surrounding help-seeking, and to empower individuals to recognize and reach out to someone whose struggle may include suicidal thinking.”

Carol Graham said their loss was the darkest two chapters of their lives, but they continue to feel love and supported by UK.

"Our pain helped us feel compassion for others. Our boys have left a legacy, something that will live on."

"The heart of philanthropy is the ability to give back to others. You get back more than you give," Carol Graham said.

The Graham's story is featured in the award-winning book, "The Invisible Front: Loss and Love in an Era of Endless War," by Yochi Dreazen.